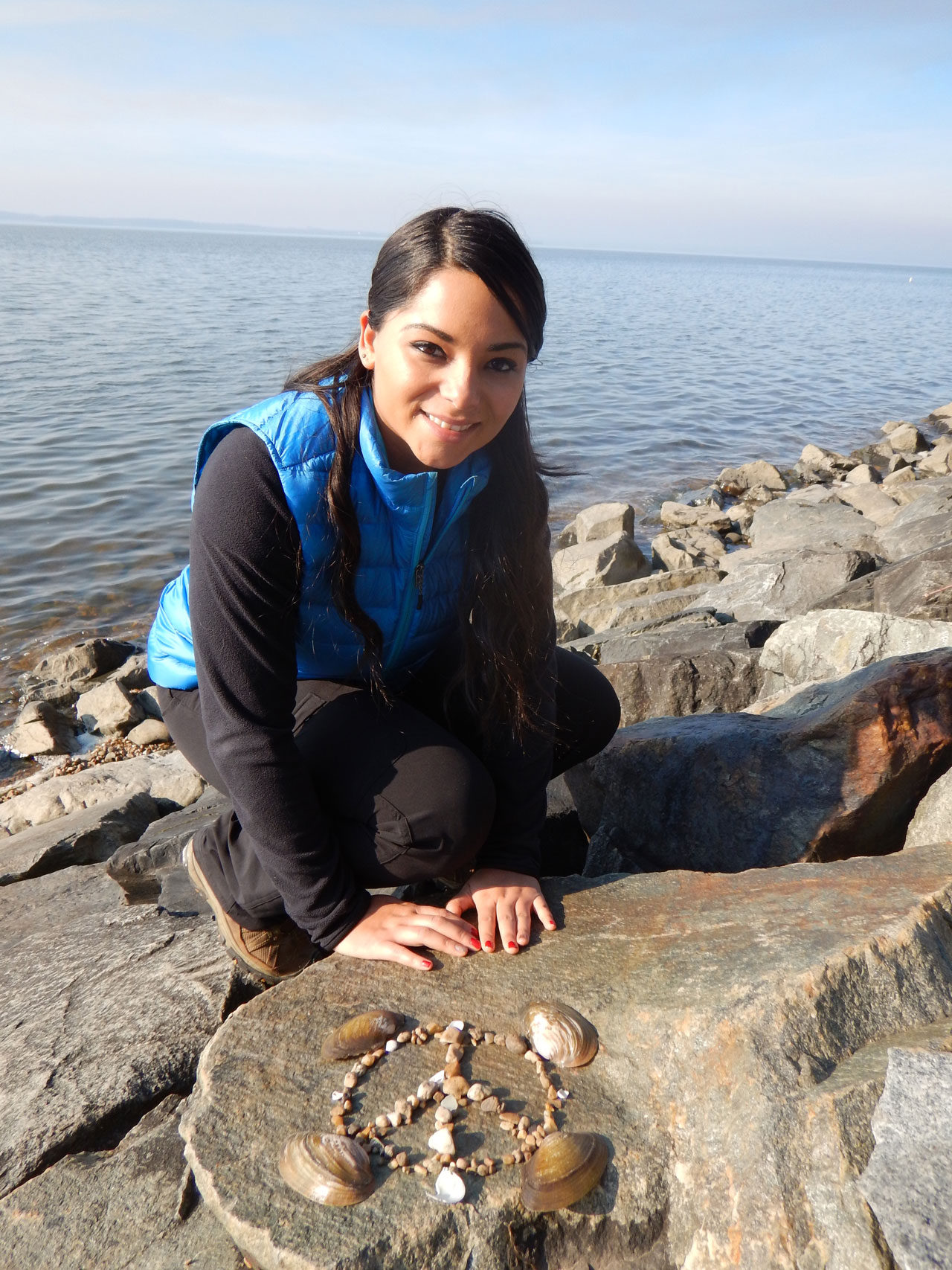 Craters of the Moon National Monument and Preserve is located in one has over 400 documented caves and more discovered each year. For ten weeks, intern Kristabel Madera explored some of the Monument’s lava tubes which were formed by active lava flows, to determine if they provide suitable habitat for some of the park’s eleven s
pecies of bats. Kristabel examined data from 2013 to 2016 and learned that there was a shift in the species of bats that were found 2013-2014 and 2015-2016. While species of Myotis bats were more common in the earlier years, numbers of the Pacific western big-eared bat increased in the latter. 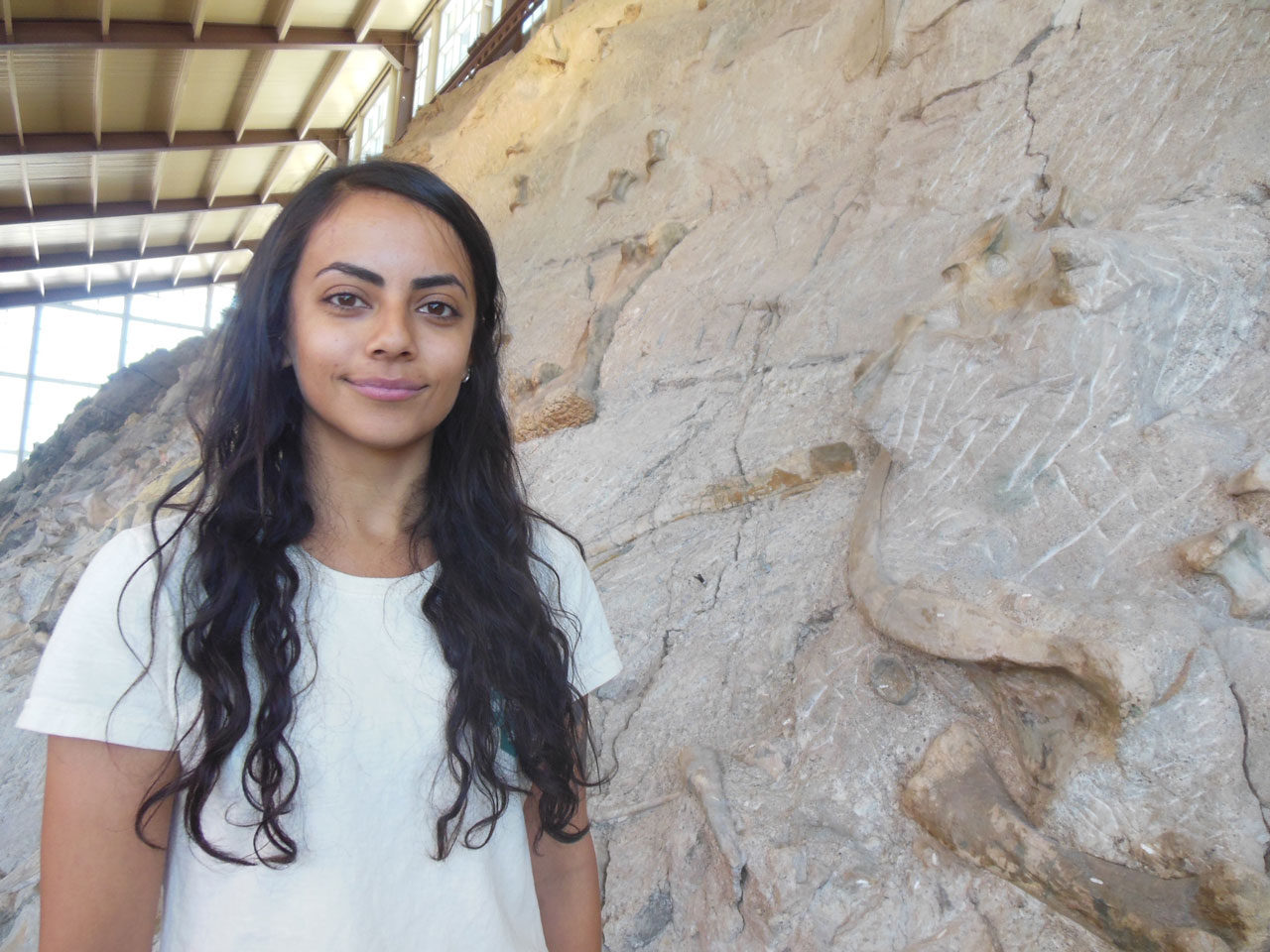 Howasta Tahiry describes her research at Dinosaur National Monument as “Sherlock” work. She was tasked with tracking down the current locations of some of the many fossils that have been excavated and relocated from the Monument. Her sleuthing took her to the early journals and collections of researchers and museums, including the Denver Museum of Nature and Science in Colorado and the Smithsonian Institute in Washington, D.C. She solved over 150 mysteries during her internship by pinpointing the locations of some of the many fossils that have left the park. Among her biggest accomplishments was the opportunity to be on the dinosaur wall, participating in fossil research. 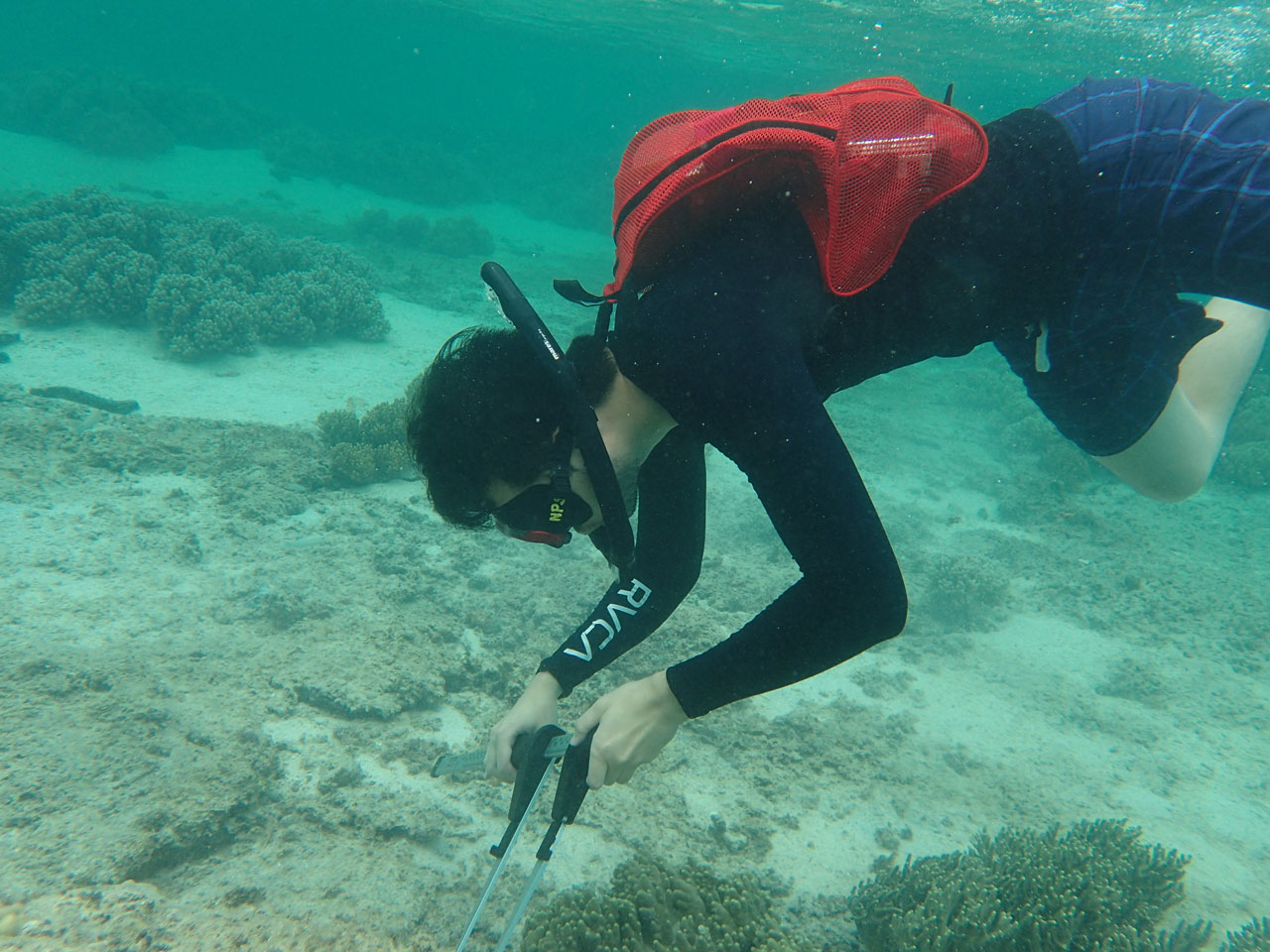 Driven by his desire to take his experiences from the field to his high school students in the classroom, Richard Duenas worked as a biological technician at War in the Pacific National Historical Park. He used his summer to highlight the history and diverse marine ecosystem found on the island of Guam. Richard hosted education programs and collected data on marine organisms.