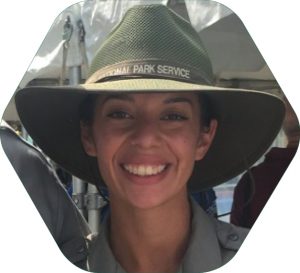 Sophie created a new approach to engage Boston Public School Students in STEM explorations that foster exchanges of information among students, teachers, scientists and public land managers. She co-lead “Ranger time” during the Summer Connections’ program, as well as created a Story Map Blog that allowed students connect to their island and to access the information learned during the program. She was also a part of the STEAM team, a group created in the park in charge of gathering useful information for new citizen science programs, and helped to report on helpful tools that can be used to enhance existing programs. 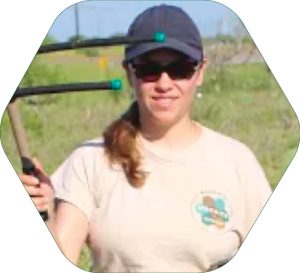 Fabiane spent her summer radio tracking and monitoring Gopherus berlandieri, the smallest tortoise species in North America. She started the summer by developing a harness for a microGPS unit to attach to the tortoises, increasing their temporal information. One in place, Fabiane and her team at GULN collected and analyzed data to determine the annual changes in species composition, patterns, and reproductive success of the parks. 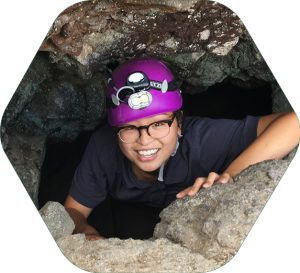 Never have I seen a bat up close. Until her internship at Lava Beds, Dominique’s science experiences had never taken her into a cave or hands-on experiences with bats. Once at the park, she helped with bat monitoring, particularly with surveys of maternal colonies and mobile acoustic transects. She also developed a video to help people understand the impacts of white-nose syndrome. By the tie she left the park, her video received 2600 views and helped visitors understand the importance of cleaning their clothes and equipment to preventing the spread of the deadly disease. 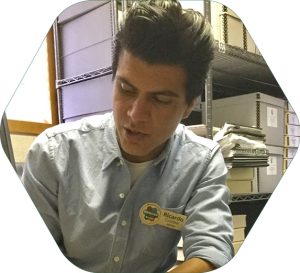 Ricardo was tasked with the job of developing a Geology/Paleontology camp curriculum for elementary students in Colorado. He researched existing education materials and state educations standards, created complete lesson plans, and piloted activities with visiting school groups, scouts, and other youth. Ricardo’s camp will be implemented in summer of 2018. After completing his Mosaics internship, Ricardo continues his experience at Florissant as a Geoscientist-in-the-Park.