A Warm Welcome to the Great Basin

Have you ever wondered what it would be like to enter a cave by sinking up to your chest in a pool of quicksand-like packrat poop? 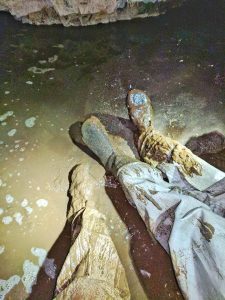 If not, I’m here to tell you that it is a slightly alarming but mostly hilarious experience, and feels very much like your legs and torso are being gently squeezed by a blood pressure cuff.  It is also a prime example of the amazing, unexpected opportunities I’m just starting to discover in my first two weeks as the Astronomy Intern at Great Basin National Park.  My name is Brenna Rodriguez, and I love my job! 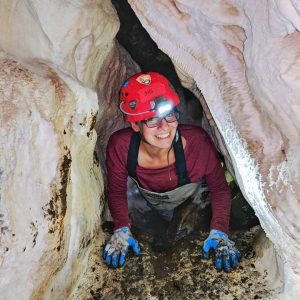 Yours truly crawling out of a liquefied packrat midden in one of the many wild caves of Great Basin National Park.  Photo taken by Becca Miller, NPS.

When I left my home in North Carolina and struck out alone on a 2,293 mile drive to Great Basin National Park, I was terrified of the uncertainties that reared up before me.  Could I handle five days of forced solitude?  Would I get harassed by a creepy stranger in the middle of nowhere?  Would my car break down in the desert, miles from cell phone reception or services? 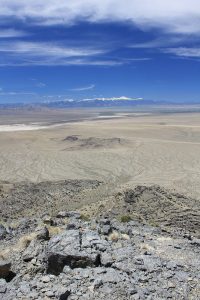 Looking toward the high peaks of Great Basin National Park from the opposite (Utah) side of Snake Valley.

Fortunately, my fears proved to be unfounded, and the drive was fairly tame.  Since arriving in Nevada, park staff and local residents have been incredibly welcoming, and I’ve been able to watch the town of Baker and the park itself come alive with wildflowers and tourists as the high-visitation season begins.   Many of my first days in the park were spent shadowing interpretive cave and astronomy programs, hiking in slightly snowy weather, looking for fossils, and getting to know the folks who make a living in this slightly lonesome town. 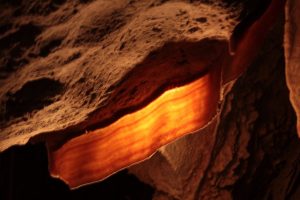 Great Basin National Park is designated as an International Dark Sky Park, and has a huge variety of natural points of interest, including a network of wild caves and a developed cavern.  Since I recently graduated with a bachelor’s degree in geology, and am particularly interested in speleology and astrobiology, I am very excited to have access to the park’s natural resources.  Through the summer, I hope to develop meaningful interpretive cave and astronomy programs, and look forward to cross-training with other divisions to gain a more in-depth understanding of the park.

I’m thrilled to be living and working in Great Basin National Park, and I look forward to sharing my discoveries with you!

Question: What’s scarier, giving a presentation about bats to a group of fidgety kindergarteners or climbing down a rocky trench and into a massive cave? Answer: Neither! Both are fantastic opportunities that will enrich your Read more…

Being in the park service has truly changed how I look at natural features in the wild along with its sheer size. Petrified Forest National Park is a big park that takes 45 minutes to Read more…

There and Back Again: Reflections on my Summer at Point Reyes National Seashore

It’s the end of week 12, and thus my summer adventure has reached its conclusion. My how time flies! It seems like only yesterday that I was preparing for my road trip to California and Read more…