“A life with love will have some thorns…” 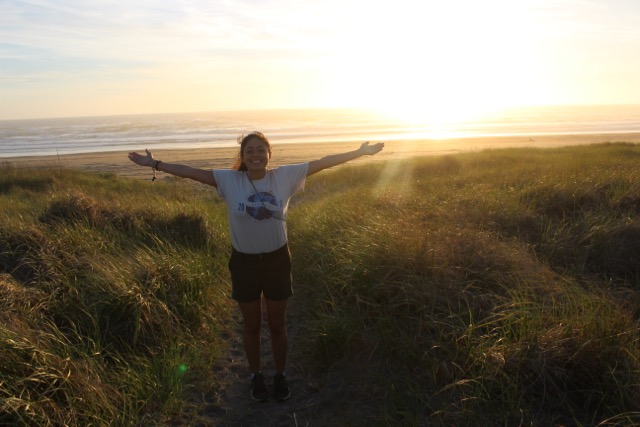 02 Jun “A life with love will have some thorns…” 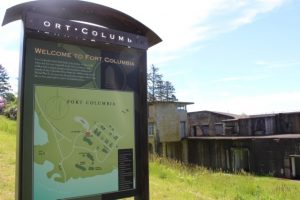 Did you get the Dr. Seuss reference?! Anyways, I am currently living in Fort Columbia State Park in historic housing. Fort Columbia lies near the mouth of the Columbia River and was constructed between 1896 and 1903 as a coastal defense site. The views are breathtaking especially at sunset. My favorite part is the hidden beach at the bottom of the site which I discovered after speaking with some Park Rangers that are also living there. So far, no sign of ghosts! 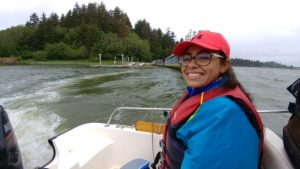 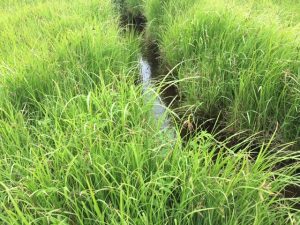 My first day was a field work day working with local biologists, botanists, The Northern Coast Conservancy and other environmentalists on West Sand Island. 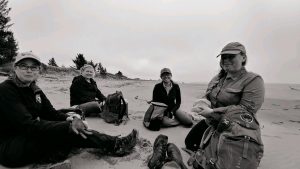 We took a small boat from the dock at Cape Disappointment across the Columbia Bar to the island to observe prairie habitats. Fun Fact: The Columbia Bar is the most dangerous waterway in the world! There is a Maritime Museum in Astoria about shipwrecks! 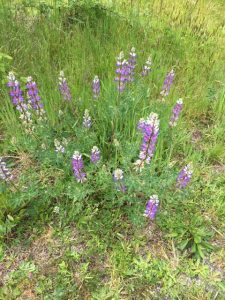 West Sand Island is a dynamic island that changes drastically during intense weather events and contains many different habitats, including prairies, which we were particularly interested in. We were working to find early blue violets which are prairie flowers that host the Oregon silverspot butterfly eggs. The silverspot is a threatened butterfly that, hopefully by restoring the prairies will repopulate the island. This trip was a great opportunity for me to learn about the invasive plants that threaten native species here. 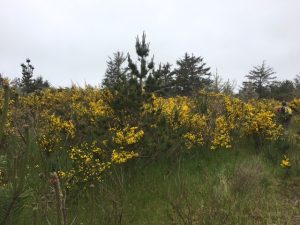 Some of the invasive plants we encountered were Scotch broom, thistle, Himalayan blackberry, and gorse. We trekked through marshes, walked along the shoreline, wrestled with blackberry vines, battled with mosquitoes and tried to avoid the thick, thorny borse patches. It was a long day but definitely worth the trip, not only did I learn about the native species of the area, but I learned about the work of the various stakeholders working in restoration projects. This was the best first day of work ever!! 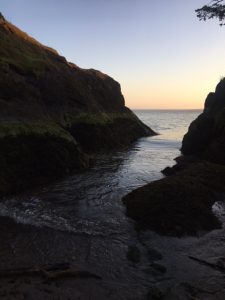 I look forward to the rest of my time here seeking adventure everywhere I go and forming connections with all that I meet.

“The mountains are calling and I must go.” John Muir