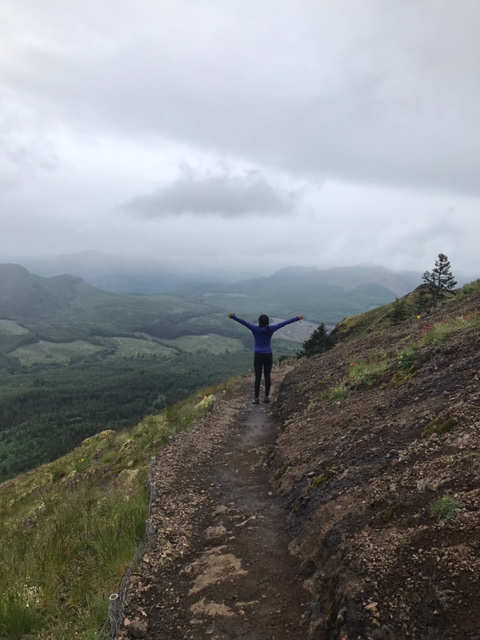 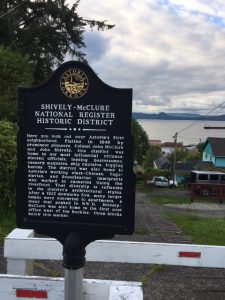 Perks about working in a completely new place is that every day is an adventure, an opportunity to discover something new, a different perspective to view the world. I am fortunate to have the ability to explore the surrounding landscape on my days off. I am in Astoria, Oregon; it is the oldest town west of the Rockies as it was passed through by the Lewis and Clark Expedition. Astoria was home to many Chinook and Clatsop natives. Astoria lies at the mouth of the Columbia River where it meets the Pacific Ocean. The water provides a prosperous environment for salmon which deposit rich nutrients for lush forests. As a result, Astoria was home to many salmon canneries and an important port for shipping resources such as lumber. Today, Astoria is an official Coast Guard city, with many ships coming into the port every day. Sea lions hang out on the docks and can be heard barking blocks away.

Astoria’s claim to Hollywood fame is The Goonies which is celebrated every year during National Goonies Day on June 7th. Featured below is the county jail from the movie which is now a film museum. 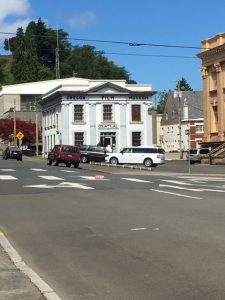 County Jail from the Goonies

The historical sites throughout the city commemorate the people who have contributed to the rich history of fishing and boating. The Garden of Surging Waves celebrates the Chinese heritage of Astoria. I enjoy this park because it is a relaxing place to unwind and reflect. 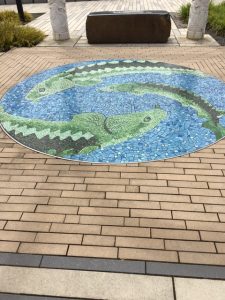 The Astoria Column sits at the top of a hill in the middle of town and paints the history of Astoria. The column can be accessed by a few different hiking trails that connect parts of town. One of my favorite trails is behind Clatsop Community College and features artwork throughout the trail. 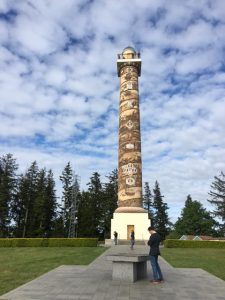 For a small town, there are a few sites to see but it is also accessible to many other places. I went camping at Saddle Mountain, approximately 45 minutes from Astoria. I embarked on the 3.5mi hike up the mountain at 5:30pm. The trail was extremely steep and treacherous as it was slippery from a creek running through it. Once near the top, clouds covered the peak and salty mist impaired my vision. Violent gusts of wind attempted to push me off the mountainside as I held on and continued to ascend the 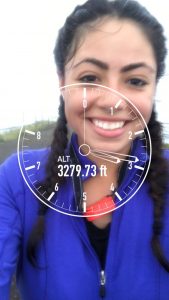 At the top of Saddle Mountain

peak. Finally, my body was eased with relief as I crawled to the top. The view was unclear, clouds surrounded the entire mountain and I could barely see five feet in front of me. The real challenge was getting down before sunset in a thick fog. I celebrated my victorious climb to Saddle Mountain with a fire and s’mores at my campsite near the base of the mountain. Who knows where this place will take me next, stay tuned!

“In every walk with nature one receives far more than he seeks.” -John Muir