It is field trip time. 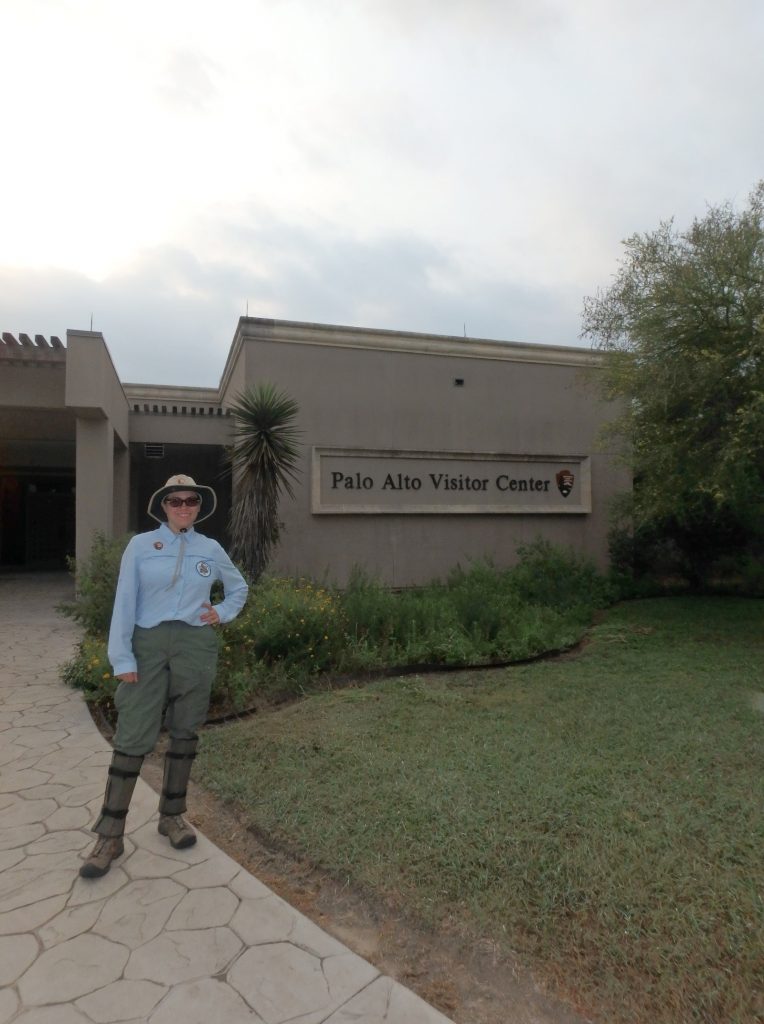 Let’s jump right into, a field trip to Brownsville, TX. At Palo Alto Battlefield National Historical Park (PAAL), we start our Texas tortoises radio tracking study for summer 2017. The picture above was taken early in the morning of the first day, but before you go to the field, there are many safety actions you need to take. First, you have a safety meeting, there you are informed of the safety equipment you will need, how to use it, the procedures in case of an emergency (snake bite, bees, dehydration, falls), exchange contact information, receive radios, and are informed of how the survey will proceed.
My project, Texas tortoises radio tracking, is tagging along with a bi-annual survey that happens since 2008. The study is to monitor Gopherus berlandieri, the smallest tortoise species in North America. In 1982, Texas Parks and Wildlife raised the species status to threatened. The species’ habitat is limited to the Texas lower plains, and it is very sensitive to environmental changes; this makes it a great ecological indicator, a vital sign, of the well-being of the park. An equip of eight people from the Gulf Coast Network staff, the resource specialist of PAAL, partners such as Trace Tuberville and Kurt Buhlmann, and volunteers are responsible for every six months find, measure, photograph, and mark the tortoises to evaluate the population health condition. For example, on this trip we found many young tortoises, suggesting that environmental conditions are favorable. If you are interested in more information about the regular monitoring of the tortoises and other vital signs of the park visit: https://www.nps.gov/paal/index.htm and https://science.nature.nps.gov/im/units/guln/monitor/texas_tortoise.cfm.
The tracking team was Trace and me, and the others were part of the survey team. When a surveyor encounters a tortoise, there is a procedure it must follow. After it is done the radio transmitter was temporarily attached to suitable individuals (see photo below), then via radio, text message and GPS point, the tracking team was informed of the tortoise number and which transmitter frequency it had. Using an antenna and a receiver, I would scan the field to find the animal so would the radio transmitter could be attached permanently to its carapace.
The product we used to glue the radio transmitters need 15-20 minutes to cure, so during that period was picture time. As you can see, in the picture below, G. berlandieri are super photogenic, and its selfie was way better than mine. In total, we tagged 16 tortoises, which was our goal. During this summer I will return once a month to re-find those animals. 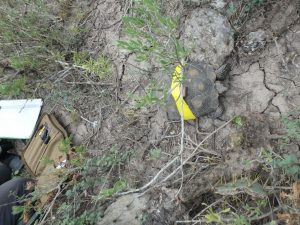 Tortoise with the radio transmitter taped. 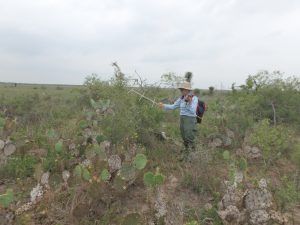 Me “listening” for tortoises 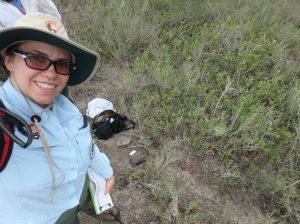 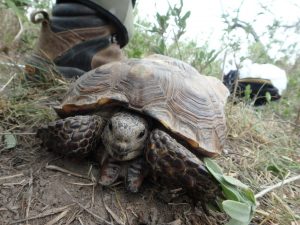 On the second the day of the field trip I participated in the regular survey. It was very different than tracking with the antenna. Using a handheld GPS you confirm you are inside of the search area, then the group leader gives the start, and everyone starts walking around looking at the ground to find the animals. It is not easy to spot the animals; you need to pay attention. Using the snake stick (the region is known for having rattlesnakes) as an extension of your limb you keep walking and looking to find the tortoises.

Try for yourself, locate the tortoise in the picture bellow. I promise you there is one. 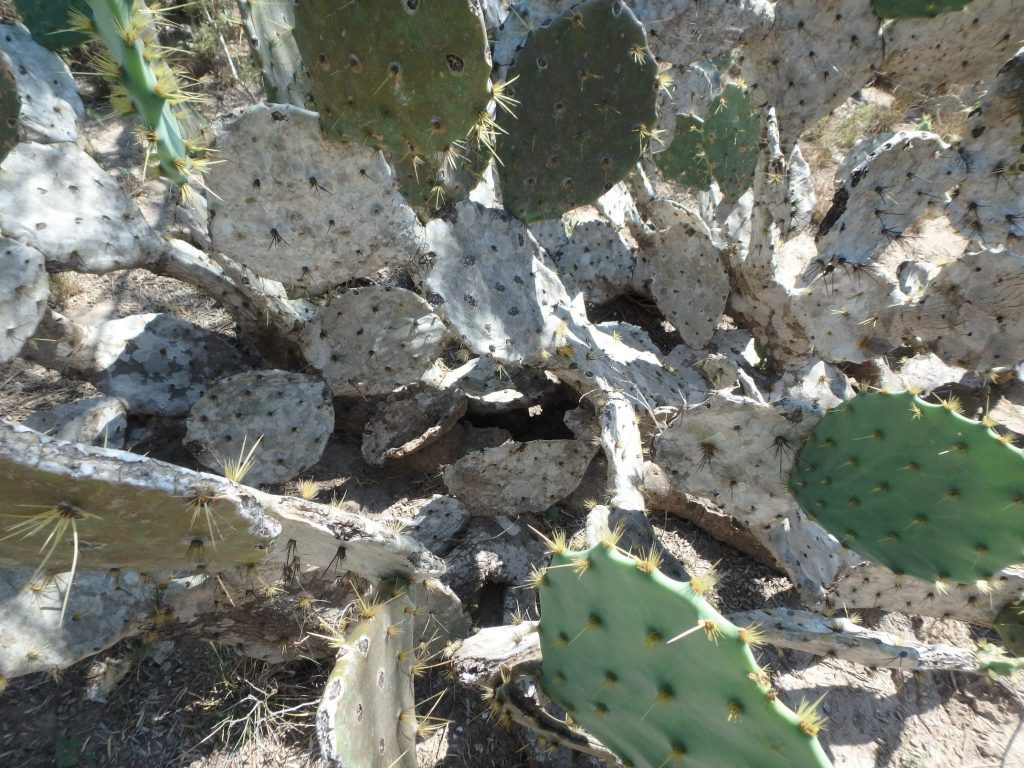 Did you find the tortoise?

How about another one?

Let’s see if you are getting good at it. 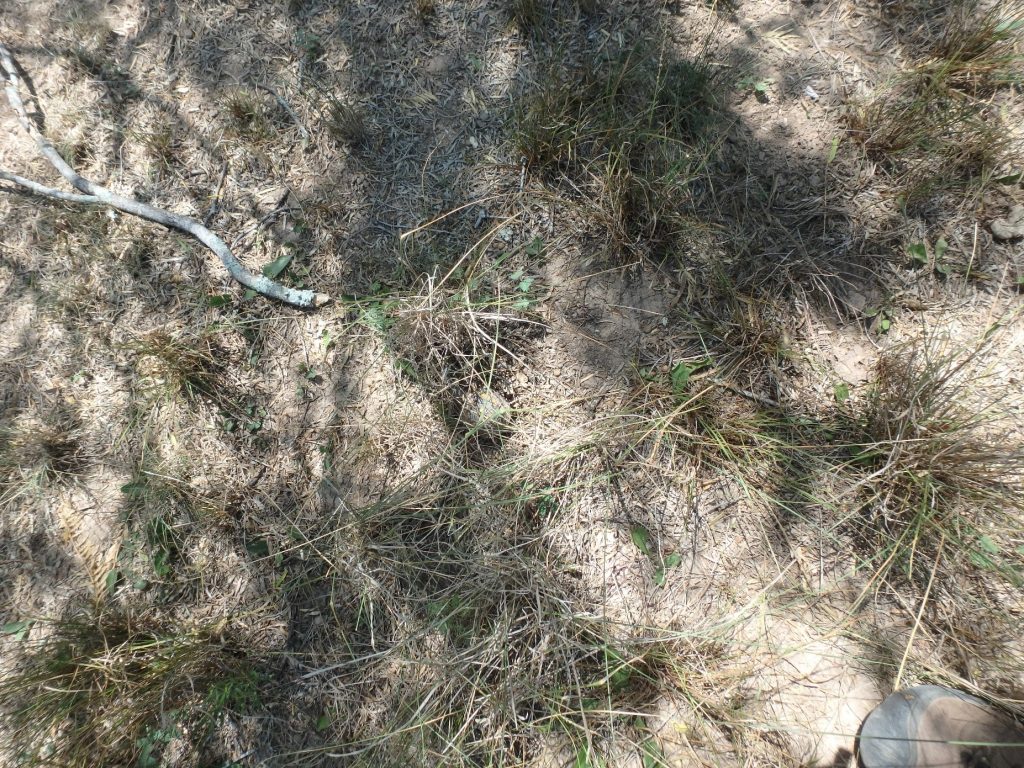 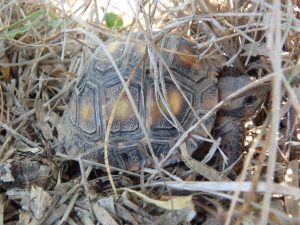 This cutie is only 58grams; it is one of the smallest animals found in a survey. I was able to hear It moving in the spartana spartanae. Otherwise, I don’t think I would have found it. In total, I was able to find two juveniles and one adult, not bad for a first timer.

I had a great time tracking and doing the survey, as I already had expected it is a harsh environment. My final count of incidents was some thorns on my hand, some on my butt (you definitely need to look before you squat when you are trying to get a better look of a tortoise, lesson learned), and two ticks. Overall it was a great experience, and I’m excited to go back. 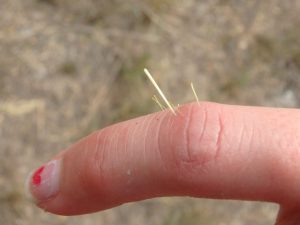 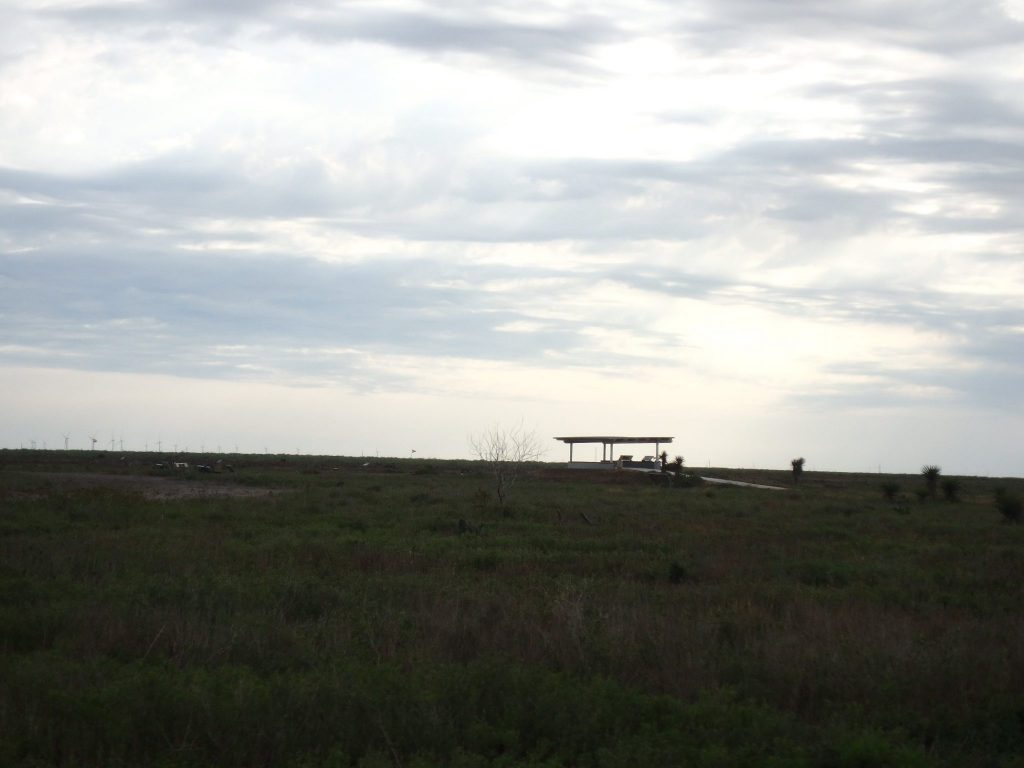 Question: What’s scarier, giving a presentation about bats to a group of fidgety kindergarteners or climbing down a rocky trench and into a massive cave? Answer: Neither! Both are fantastic opportunities that will enrich your Read more…

Being in the park service has truly changed how I look at natural features in the wild along with its sheer size. Petrified Forest National Park is a big park that takes 45 minutes to Read more…

There and Back Again: Reflections on my Summer at Point Reyes National Seashore

It’s the end of week 12, and thus my summer adventure has reached its conclusion. My how time flies! It seems like only yesterday that I was preparing for my road trip to California and Read more…