Learning from Science Communication at Yosemite

Posted at 02:08h in Uncategorized by Dominique Ong 0 Comments
0 Likes

Science is often valued as a way to understand how the world works and leverage that understanding to better human society. Yet, there is growing mistrust in science among the public. Some people see science as pretentious, elitist, or misleading; this attitude is frankly dangerous.

Interpretation can play a significant role in repairing the relationship to science as I learned during my three days of training at Yosemite National Park. Together with some amazing individuals from the Klamath Inventory and Monitoring Network, I attended two of the Bat Chat programs at Yosemite. The Bat Chats combined scientific data collection with interpretative talks by recording echolocation calls with visitors while sharing information about bats. The data collected from the Bat Chat was then incorporated into a long-term acoustic monitoring program to examine the effects of climate change or habitat disruption on bat species. Visitors were able to actively engage in the scientific process rather than passively observe it. Because both interpreters and visitors were collecting data together, there was less of an us-them hierarchy between citizens and scientists. By intertwining bat biology with personal experience, the interpreters constructed genuine emotional connections to scientific facts. You could see visitors’ faces light up and hear them ooh and ah when we heard bats! This upcoming week I’ll be incorporating the lessons on science communication from Yosemite to improve on my own Bat Walk program. 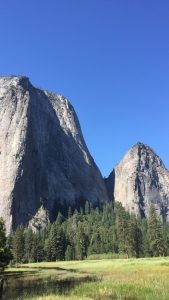 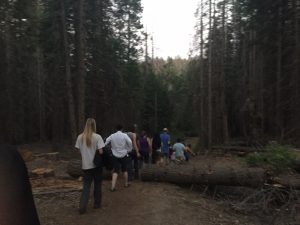