Snow in the Summer 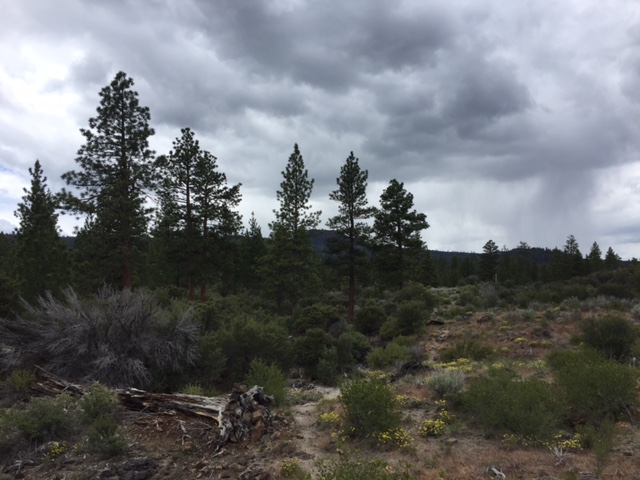 20 Jun Snow in the Summer

Weather in the desert is wild, so wild that you can see snow in June! A few days ago, I woke up to snowfall outside my window and all across the entire park. I couldn’t believe that only a week ago I was complaining about the dry desert heat. Some of you might be unimpressed by snow no matter the season but to put my excitement in context, both Virginia (where I go to school) and Guam (where I grew up) have very little to absolutely no snow. So this surprise snowfall was especially impressive for me!

Inspired by the wild weather, a couple of other interns and I decided to go venture out and explore some caves. After crawling to the end of Valentine Cave, we turned off our lights and lied down on the cave floor in absolute darkness. At first, the dark and confined space is creepy but somehow in the quiet shadows I found myself feeling calm and almost on the brink of sleep. Even though I had already been inside a cave during my first week here at Lava Beds, I never paused to appreciate the solitude you can find within caves, solitude that is simultaneously eerie and relaxing.

After Valentine Cave, we set our sights on Golden Dome Cave, which is named after the glittering bacterial colonies that resemble golden dust and line the cave’s vast walls and ceilings. The bacteria are hydrophobic so water gathers as beads on top of them and the bacteria appear shiny. Before arriving at Lava Beds, I assumed caves were only colored in shades of gray and brown. Golden hues were the last thing on my mind but as I’ve learned, Lava Beds is full of surprises! 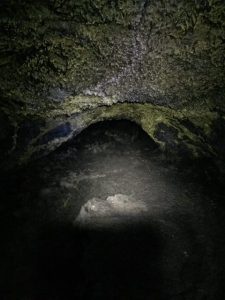