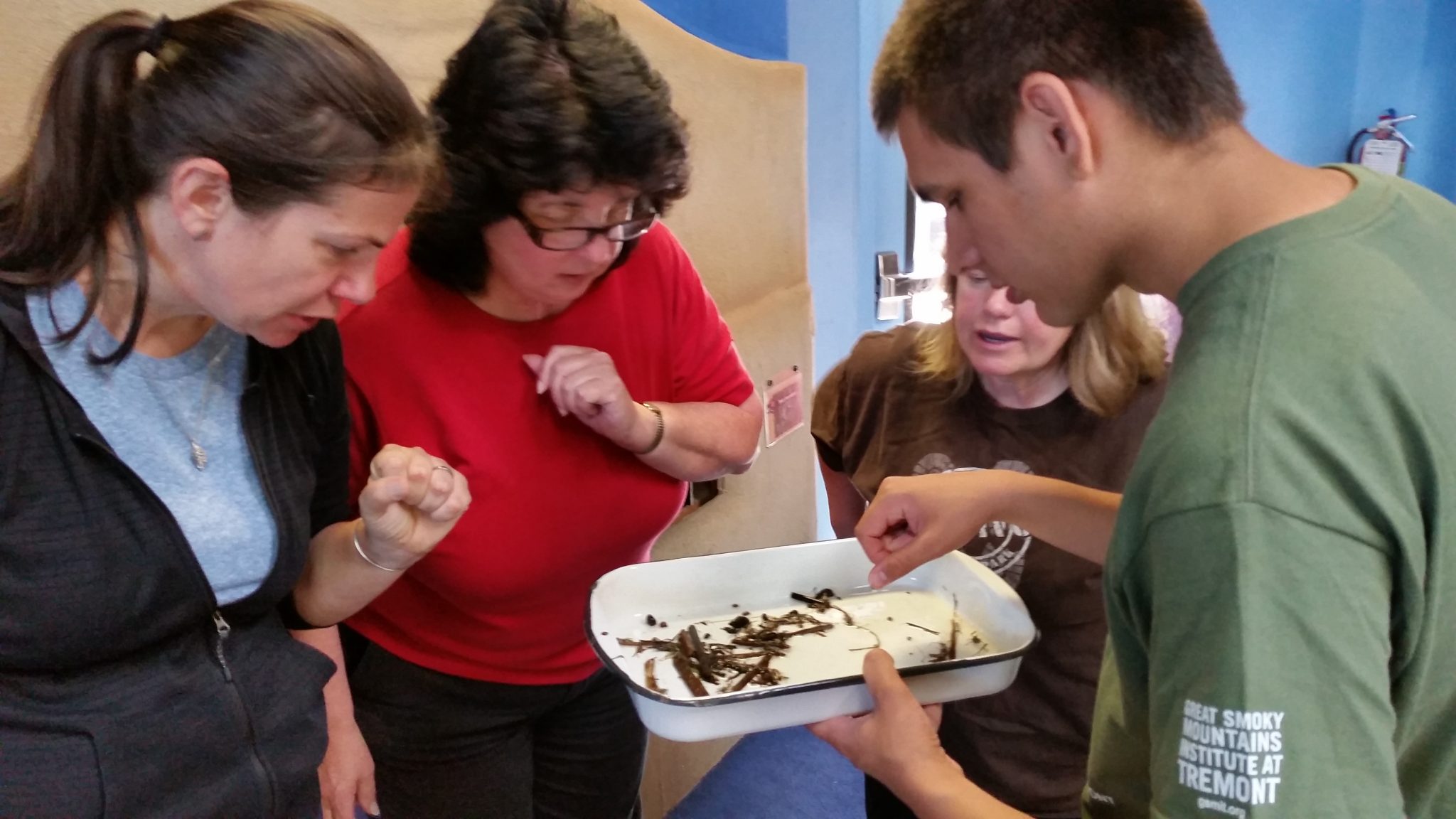 I recently underwent a workshop sponsored by an organization called ISWOOP. The name means interpreters and scientists working on our parks. This workshop brought together park interpreters and researchers conducting studies at the Indiana Dunes to present ways for visitors to understand scientific research being done at the park. The theme of the week was amphibian research and was led by my former professor Dr. Robert Brodman. The first day of the workshop, he presented the research he has done at the park to study how climate change has been affecting amphibian’s populations. The two main species focused on in his research is Wood frog and Blue-spotted salamanders. The dunes are located on these species’ southern range. The importance of Brodman’s research is to see how these species will adapt to warmer conditions and show how vulnerable these species are to such changes. We got the chance to go into to field to show interpreters how amphibians were surveyed.

There are two different techniques used in order to collect amphibians. One way was with dip nets that were scooped in water. Often enough, tadpoles and salamander larva were found. The quantity of species found was recorded. The other technique used to collected was trapping. Mesh minnow traps were set up in ponds around wetlands in the park and checked once a day. Traps used caused no harm to species captured as they were only used to capture them. Once traps were checked and species were identified, they were released.

The last part of the workshop was for me to work with a group of interpreters to come up with a mock program to incorporate aspects of Brodman’s research to visitors. My group and I came up with a program called the Amphibious Assault on West Beach. This program is an add-on to a night hike that the park does on Friday evenings. The hike would consist of showing visitors areas where frogs and toads could be heard and teaching them what species make those sounds. To even show a visual representation of calls, IPADS with sound software can show the sound waves that these species make for visitors to understand how frogs and toads make these calls. From this workshop, I have a better understanding of how to work with interpreters and to further prepare to create citizen science programs for pollinators.