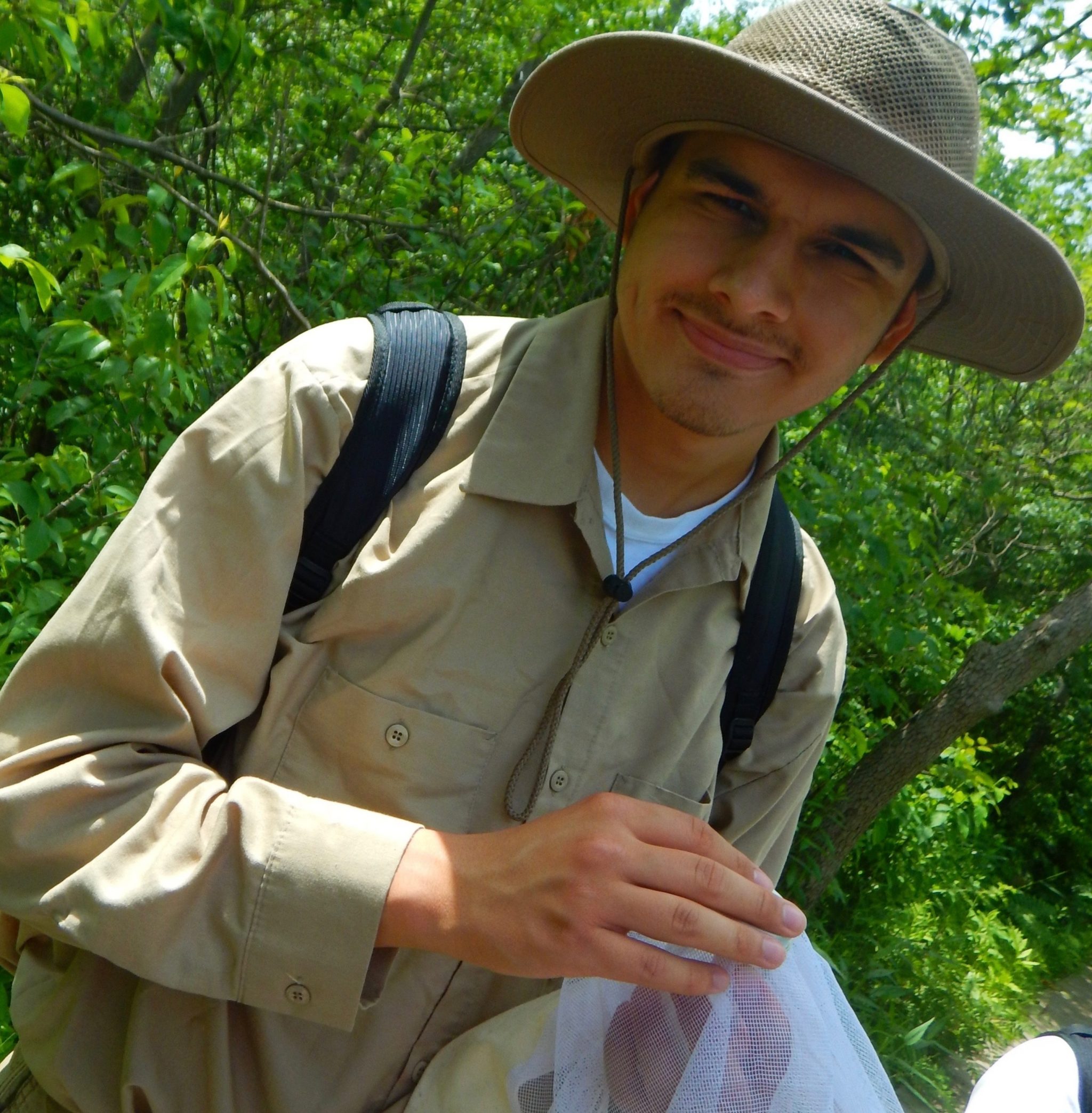 Bees are pretty to look at and admire when you can see a big yellow and black bug on a flower. If you look closer at its characteristics, you may be fooled. When I caught my first bee this week, my supervisor Desi showed me that it was not an actual bee, but a type of fly. Remember the old saying “Looks can be deceiving.” That was the case in this situation. Desi showed me that this “bee” was actually a type of fly that mimics a bee’s characteristics. I misidentified this mimic fly because the body had the yellow and black patterns on its body, but the antennae were more like a fly species than a bee species. Some of the head characteristics did not look like that of a bee species either. It was still a pollinator species, but not what we were collecting. Wish I would have got a good photo of it to show all of you, but the fly flew off before I could get the camera out.
You may also know some common bee species such as bumblebees and honeybees. Did you know that there are actually over 4,000 different bee species in North America alone. A survey done here at the Indiana Dunes recorded over 200 species found at various sites across the park. I have started to look at the bee species that were collected from that study to identify and it is a microscopic task. What I mean is that I look at the insect under a microscope to identify small key characteristics in the head, wing, and legs, and others I have yet to see. For most to get identified, insect specimens have to be sent out to experts that specialize in identifying certain groups of insects. There is no one entomologist that can identify all the insects in the world. This goes to show the vast number that inhabit the world.