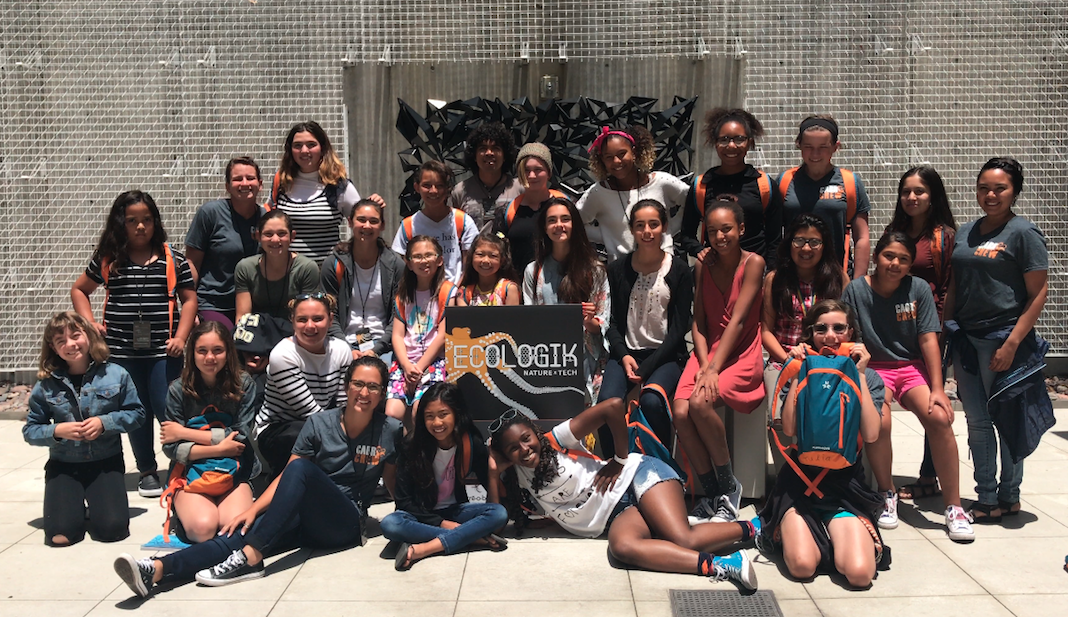 Posted at 16:12h in 2018 Interns, California by Nicole Ornelas 0 Comments
0 Likes
During the second week of the EcoLogik program, these young scientists covered more material than most adults could even fathom. Monday and Tuesday we dived into the creation and experimental execution of Biomimetic Loggers. Using RaspberryPi’s, the students learned how to code a thermostat, which we then used to illustrate the scientific method from question, hypothesis, experimental procedure to data collection. The experiment represented how the temperature would effect the internal temperature of abalones using 3D printed biomodels as the pho-abalone, which varied in size and coloration, and a heat gun to represent the sun. 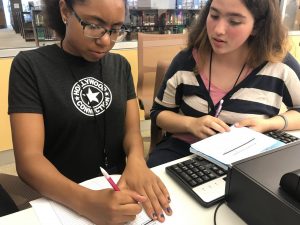 Experimenting with their Biomimetic Logger

Wednesday, we used a variety of methods to illustrate the biodiversity in the coastal sage scrub. We began the day discussing how plants adapt to this Mediterranean climate using a plant data sheet and moved to the technologic form of data collection known as iNaturalist. With iNaturalist, the students were able to categorize the biodiversity of an area on an open platform beyond just the vegetation. We heard from a fellow scientist at the park, Brian Hong, who discussed the importance of genetic diversity as it pertains to the Shaw’s Agave. These young scientists were able to investigate genetic diversity further by gathering samples that will then be analyzed for the Barcode of Life project. (For conservation purposes, we used previously collected samples from our herpetology surveys.) 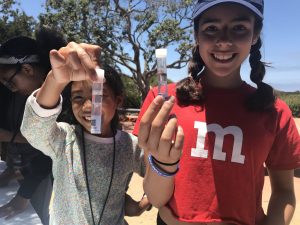 On Thursday, we took our data back into the classroom where we interpreted the data that was collected by the students. Students explored the many methods and tools to illustrate data. We examined graphs, publications, general analytics and the open source tools provided by the San Diego Public Library itself. 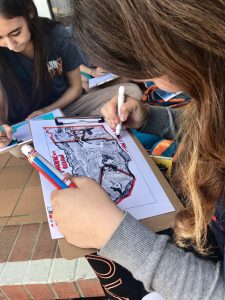 On Friday, students perused the purpose of mapping and the wide array of information that can be displayed through maps. Using art, students made a map of the park in which they each conveyed different information about the park (I.e. building locations, parking, vegetation, directions to get to the park, rare species and trails). After their maps were made, Wildlife Biologist, Ranger Adam Taylor demonstrated how he uses GIS and GPS during field work for the National Park Service. Friday night, we hosted a special event called Park After Dark for the students, their friends and families to attend. During this after-hours event, Wildlife Biologist, Ranger Stephanie Root displayed how we are able to categorized animals that habitat the park using camera traps, anabats and other techniques. We also expanded our discussion to urban wildlife throughout Southern California and were able to bring in data collected at the Santa Monica Mountains Recreational Area. Allowing the students’ support system to attend the event created a communal involvement in the program. In the second week, the students’ intellectual enthusiasm grew to a family affair. 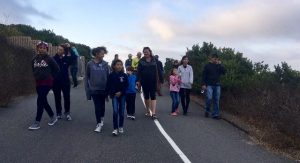 Family and Friends at Park After Dark

Because of the Fourth of July Holiday, we will be giving the students several days off and will return the end of next week to finish the EcoLogik project in a powerful way.
Let’s finish Week Three strong!