Posted at 14:52h in Uncategorized by Saba Rahman 0 Comments
0 Likes

Starting something new usually leaves me with a combination of feeling excited and nervous.  I am happy to say by the end of my first week I am feeling much more excited than nervous. I started with the natural resource management department at Manassas Battlefield National Park and I have been warmly welcomed by the entire team. My first day was my orientation day so my supervisor and the other two natural resource interns took me all around the park introducing me to different areas so I could get familiar with the park as a whole. I have never been much of a history buff but I have learnt a lot about the Civil War in the past week and I am looking forward to learning more. Two major battles between the Confederacy and the Union were fought on this national park and its amazing to see the way the land and building have been preserved to teach people about those important battles.  A fun fact I learned was that General Jackson was given the name Stonewall on this very land. Here is a picture of me with the other two natural resource interns on the stone bridge from my first day! 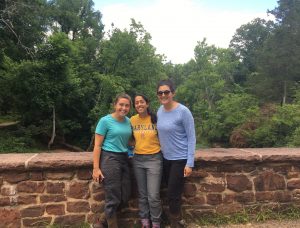 My second day was a field day and we went out and did some vegetation management. That means I got to wear the full white suit and spray herbicides from our backpack sprayers in large fields. I had never done this before so it was exciting, we were targeting an invasive species in the field that was outcompeting what we wanted to grow in that field. The park has a lot of grassland habitat which is rare since Virginia and the countries grassland have been rapidly declining so it is important to preserve a healthy grasslands for a variety of grassland species. The next day the department of forestry hosted us and gave us a tour on urban forestry in a park where they have used a variety of different management techniques which was really interesting. Afterwards we had a big barbecue with the whole department and some people from the department of forestry which was great to get to know the team! 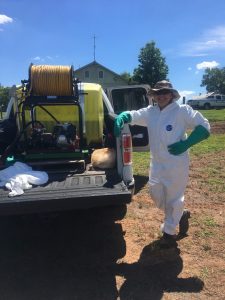 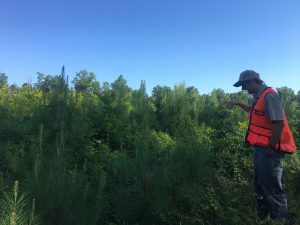 We also went to the NPS Youth Summit for this region this week which was really fun! The summit was at Anacostia Park in Washington, D.C. and they had a variety of different stations that we rotated through. The stations included an aquatic center, living history, the park police, bird watching, and even roller skating! It was really interesting talking to all the interns at other parks to learn about their experiences. Here are a couple pictures from the event! 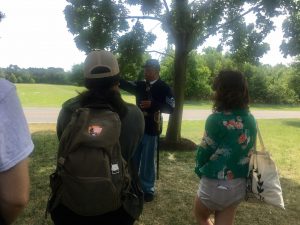 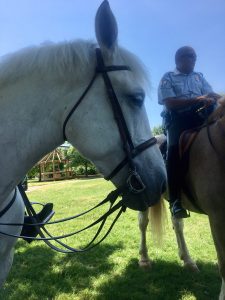 I have already learned a lot this week and I can’t wait for some more of those long field days. Although this is just the beginning, I know this is going to be a great summer.