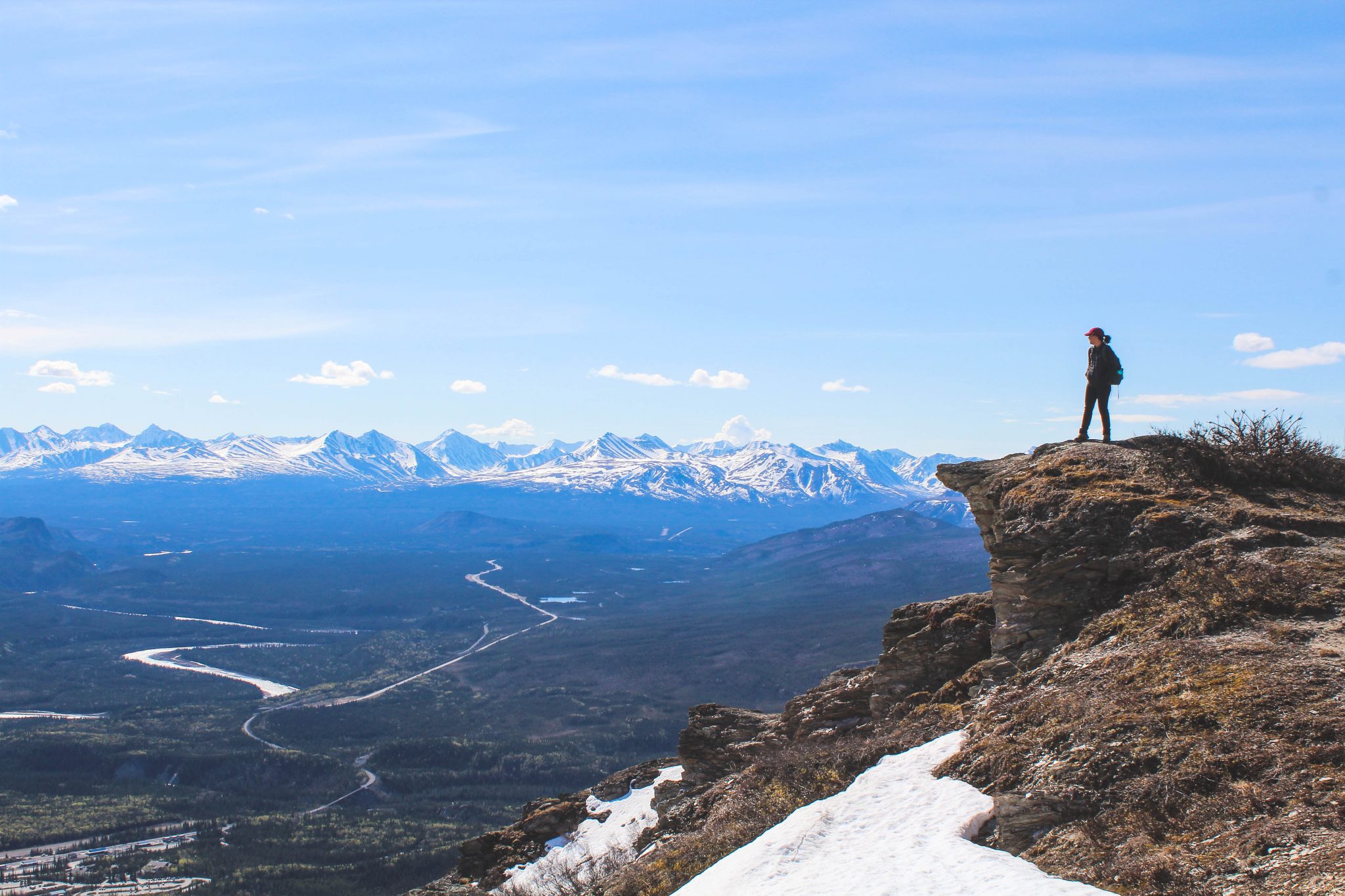 29 May Lessons from Week 1: BEE Prepared

You can never really know what to expect from a trip until you actually go on it.

You might check the weather, maybe do some research here and there on what clothes to bring. You can talk to people who have done the same trip and get their seasoned advice and wisdom. You might even watch a ridiculous number of Youtube videos on people’s experiences and imagine every single scenario where you might need that one thing. But no matter how hard you try, you’ll never really be prepared… and I guess that’s part of the fun? 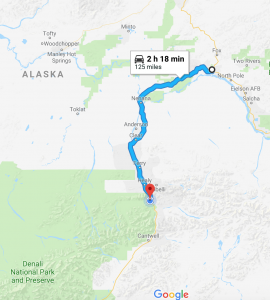 Route from Fairbanks to Denali National Park and Preserve.

When I first got to Alaska, I flew into Fairbanks, AK where I stayed at a nearby lodge. After getting a shower and 6 hours of sleep in, my supervisor Jessica picked me up and the two of us went on an extended shopping-and-errands trip throughout the city. Fairbanks is around 33 sq. miles big (just 12 or so sq. miles shy of my home island of Saipan!) and it sits about 120 miles, or a 2-hour drive, north of Denali National Park. For such a small place, it had a surprising amount of shopping options: we made stops at two different Fred Meyers, Home Depot, and REI, and saw a Walmart, Michaels, and Safeway along the way. Compared to my own home, which doesn’t really have much in the way of major superstore chains, Fairbanks was stacked!

However, preparing for Denali was sort of a mixed bag despite the reliable advice (thanks Jessica!) and so many options at my disposal, because it was hard for me to gauge what I, Amber, really needed in a National Park 2 hours away from the closest major urban center. All I knew was that I had to navigate a tight budget with the realities of living with communal bathrooms, laundry rooms, and no kitchen. While that was not a huge problem, seeing that this experience was reminiscent of my time in college, I still had to think about the necessities: on top of food, I had to think about cleaning supplies, such as laundry soap, dish soap, sponges, and paper towels, utensils, such as sturdy to-go containers for field work, fork/spoon/knife, and a microwavable container for food, and home things, such as a towel, sheets, and a pillow.

I scourged through Fred Meyers in search of these things and left with a mishmash of canned foods, trail mix, a towel, and laundry soap. After lugging everything to the parking lot, Jessica and I stuffed our many things into our giant F-150 truck and went on our way to Denali. 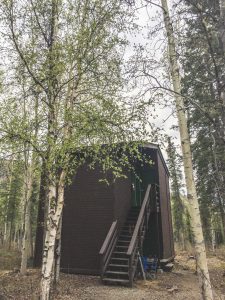 Outside our park housing unit, which consists of four private rooms (2 on top, 2 on bottom).

Two hours or so later, we arrived at our park housing  – a quaint two-story condo with four individual units. Each unit has a bed, microwave, mini-fridge, dresser, shelving unit, and desk. Once I arrived in my room and laid all of my newly acquired shopping items out, I quickly realized that I had actually gotten way too little. Who would have thought that a cart filled to the brim with items would still be “too little” for one person?

So again: you can never really be prepared for an experience you’ve never had.

The same goes for research and lab work. After we got settled into the park, Jessica had Felix (another intern helping for the summer) and I read up on bees and prepare samples from last year’s bee collection. Felix helped with this project last year, so I let him take the lead while I followed closely behind. We’re set up in a corner office in the park’s Murie Science and Learning Center, so we had a lot of space for the bees, Felix and I, and Jessica. 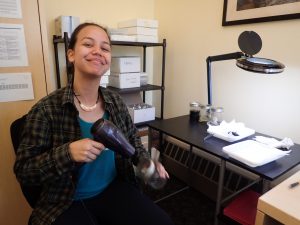 Blow-drying some bees to make sure that they’re fluffy and ready to be pinned!

While I helped blow-dry bees that were soaked in acetone (acetone helps clean and keep the bees, while blow-drying fluffs them), Felix pinned them for further inspection. This part was fun and great for me because I got to learn a lot about bees just by looking at them. Prior to this experience, I didn’t really know much about taxonomic hierarchy, nor did I really look at arthropods with detail. Felix and Jessica are really knowledgeable about all of that and I know basically nothing, so there are times where I don’t feel prepared enough for this internship. Jessica is aware of this and is incredibly supportive and helpful, so I just have to remind myself that I can never really be prepared before undertaking new adventures, and that’s OK. We all gotta start somewhere, right?

Anyways, that’s Week 1 in a nutshell! This past weekend, Jessica and I decided to go on two adventures, both of which were really fun. On Saturday, we hiked up Mt. Healy to an overlook and it was BEAUTIFUL. The hike is steep and strenuous but totally worth it (I also just need to get into shape, so there’s that). On Sunday, we went on one of the park’s busses and drove all the way from the Visitor’s Center to Toklat, which is deep in the park. 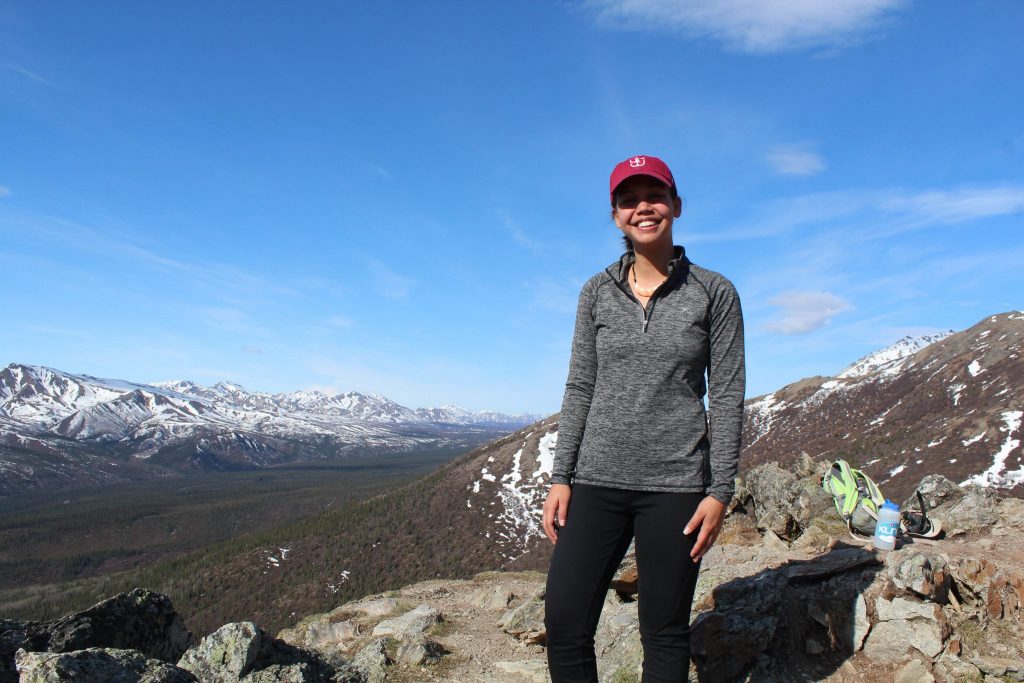 Up on the Mount Healy Overlook – we actually have a tundra sampling site near this area.

We saw four of Alaska’s Big Five: moose, caribou, Dall sheep, and a grizzly sow with her cub (we unfortunately haven’t seen a wolf just yet). Jessica is adamant about changing the Big Five it can include another important fur-bearing creature in the park – the bumblebee – and I support her in her efforts, given the fact that bumblebees are our super important furry friends! So, if you ever find yourself in conversation about Alaska’s Big Five, think about mentioning the bumblebee and the new hip Big Six. 🙂 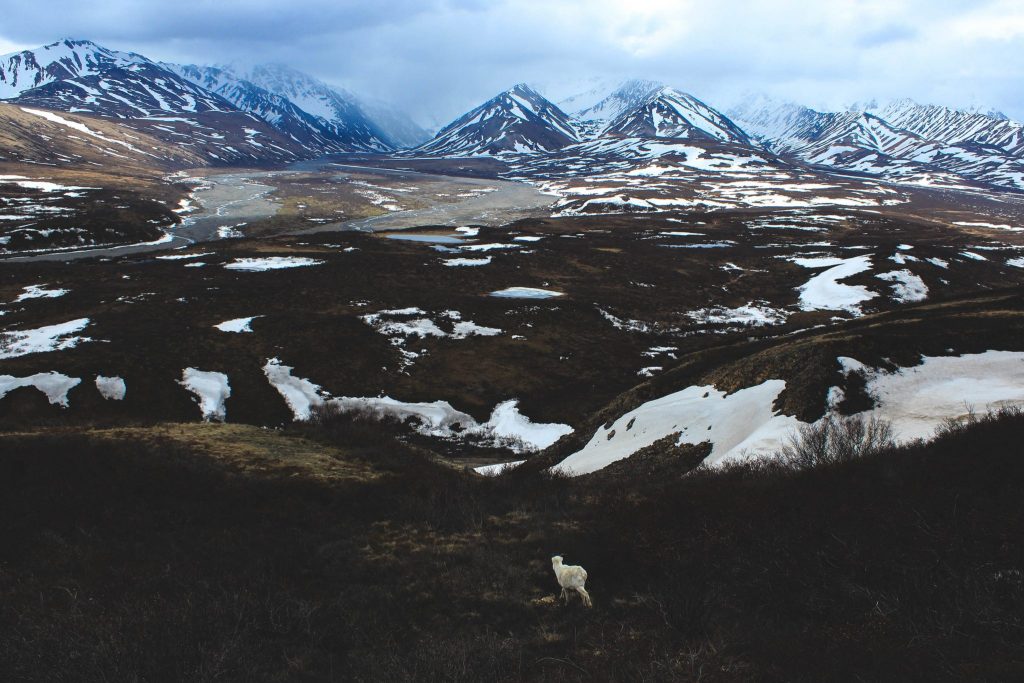 On our way back from the Toklat River, we got to observe a Dall sheep for a good 10 minutes or so (white speck in the foreground).