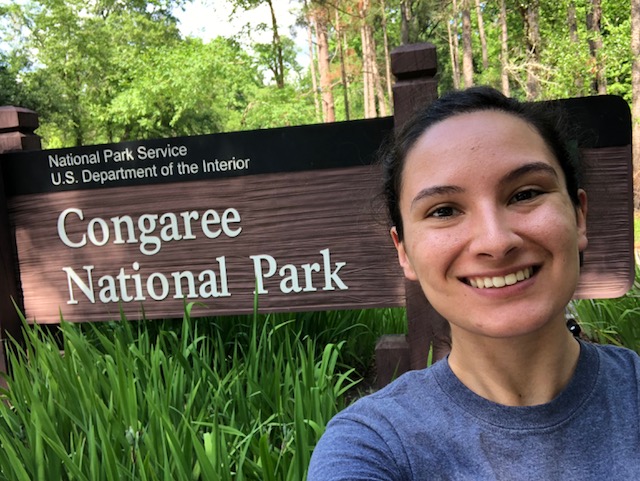 Well to start, there’s a meter at the visitor’s center depicting how intense the mosquitoes are for the day…but that doesn’t stop the party from happening! 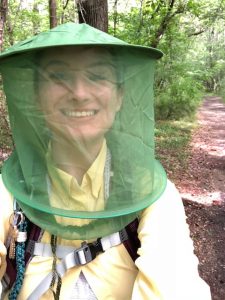 Geared up to defend myself against the bloodsuckers 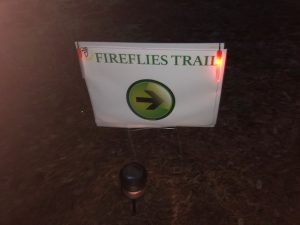 When I arrived at the park I was exhausted. Driving for half of the day from Virginia to South Carolina can really wear a girl out. I normally would have just called it a day once I bought all my groceries and unpacked, but I started this internship on just the right week. This week the synchronized fireflies were active! I was able to help out other volunteers with park guests who walked a short trail once the sun went down. Guests were able to view the fireflies sync the flashing of their little lights. It was truly one of the coolest things I have ever seen an insect do. It was also amazing because although there were many people walking along the trail, everyone seemed to have an unspoken agreement to be quiet and just watch the fireflies. By helping out that night, I learned that this synchronization only happens at Congaree National Park and the Great Smokey Mountains National Park. The males are the ones who flash their light at the same time while the females are on the ground. The light is a signal to the females when it is time to mate. The park rangers said this is a very species-specific phenomenon, and they are working hard to determine which species is currently in the park.

My second day at the park was full of hiking with my supervisor and other interns who are here for the summer. We were unable to hike the full routes we had planned due to recent flooding. However, we did see the national champion loblolly pine and ate lunch at an oxbow lake that was 2800 years old! Once our hike was over, we watched a short film in the visitor’s center on the history of the park. Since Congaree is a relatively new national park, it was interesting to learn that it was designated this status due to the persistence of the local people. Many generations of families have lived in this area, so the park means a lot to them. 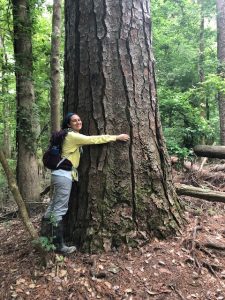 Giving the champion loblolly a hug