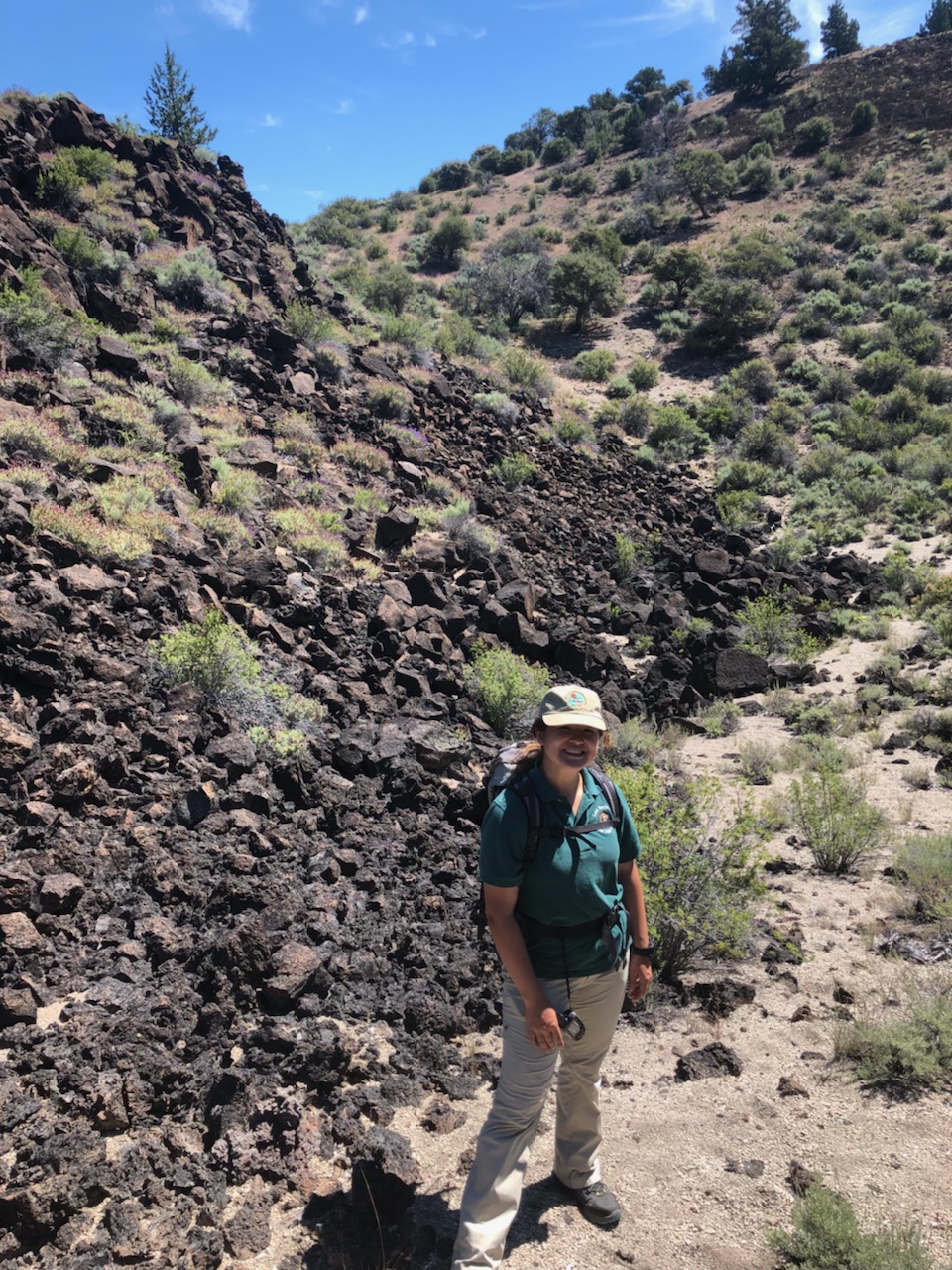 When you are following an SOP (standard operating procedure), you never know where you are going to go until you read it all the way through and they line it out for you extensively. With the North American bat monitoring program, our park has 5 priority areas in which we are trying to monitor by using a stationary acoustic device. Last week we felt confident enough on setting programs, poles, and detectors out using the NA Bat protocol in our first priority grid.

Our first two sites of four were near each other, so I set off with the cave team early last Monday morning to go on our hike. We set up our first site near the entrance of a cave, which a resident rattlesnake tried to warn us away but regardless went smoothly. The hard part comes next; we had the GPS point of our site but figuring out the best way to get there takes some trial and error. 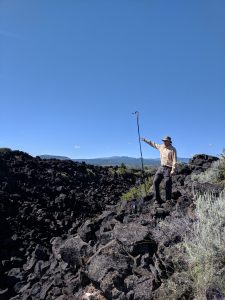 Our first site set up with Brian pointing at the pole along the lava trench.

Together in the hot late morning, we struggled over a mile of sagebrush grassland and lava rock to the saddle of Three Sisters Butte. Once we got to our final site, we celebrated with water and a snack then got to work on setting up our detector. With setting up stationary acoustic devices with external microphones, we have to be careful of stability, predicted bat flight path, weather, and battery charge. We made sure to photo document our progress and choices for reference. 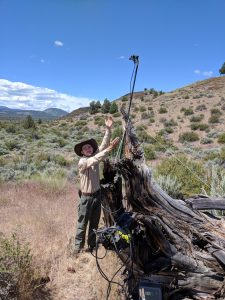 Austin indicating where the ropes and pole for the acoustic monitoring are on the dead snag at Three Sisters Butte.

After stumbling back over to the trail and started the trek to the trail head, we estimated that we hiked about 6-7 miles in 3 hours. We didn’t expect to get caught up in the lava trench or get hissed at by a rattlesnake, but we did find a fun adventure that day. Writing this today after hiking that same butte to pick up the detector, I can say for sure that it was a true bonding experience. 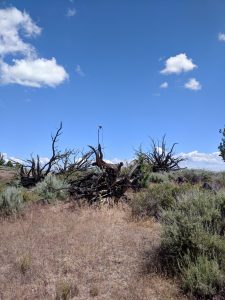 Microphone for acoustic monitor set up against a dead Juniper tree stump on Three Sisters Butte.