This year I will be interning at the George Washington Memorial Parkway as a G.I.S. Specialist. In this blog I wanted to tell you guys all about this park and its contributions to the National Park System.

The parkway has two main sections, Virginia and Maryland. The 25 mile Virginia section runs northward from Mount Vernon along the Potomac Rive to I-495. In Maryland, the Clara Barton Parkway follows the Potomac River for seven miles from the Chain Bridge in Washington D.C., north of I-495.

Along the parkway are historic sites, memorials, and recreation areas. One example of a very historic site would be that of Fort Hunt, located on the Potomac River just south of Washington, D.C. Fort Hunt was originally a part of George Washington’s Mount Vernon estate. This Fort was used as a piece of the line of defense protecting the Potomac River when there was a threat of Spain in War. However not only does the parkway have history relating to war but also history relating to the very important figures from our nation`s past. The Frederick Douglass National Historic Site is where Frederick Douglass lived from 1877 until his death in 1895. Douglass was a central figure in the fight for equality and justice for his entire life. The centerpiece of the site is the historic house, which sits on top of a 50-foot hill and eight acres of the original estate. After restoration to the House to its 1895 appearance, the house is furnished with original items that belonged to Frederick Douglass. These are just two of the many other historical sites on the parkway. The parkway really brings nature and history to an area where is thought of just as a place of highways and tall government buildings. 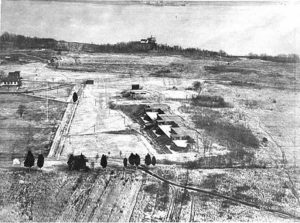 Fort Hunt a clear field of fire surrounded the batteries at Fort Hunt in the 1920s. 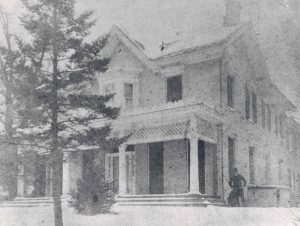 Frederick Douglass house after a snow.