My work on the Dragonfly Mercury Project has thus far been a lot of organizing supplies, sending emails, and scouting potential sites. As I write this post, I have yet to take a group of volunteers out and conduct a sampling effort. This aspect of engaging and educating the community is what drew me the most to this project. So I was very excited to get in touch with people and recruit citizen scientists for the Dragonfly Mercury Project. A few weeks ago, a few coworkers and I attended the Page Summer Recreation Festival to promote this project. The night was a hit; we had dragonfly crafts, handed out a myriad of stickers and magnets, and even filled a sign up sheet with names. I was feeling pretty good about the direction of this project. 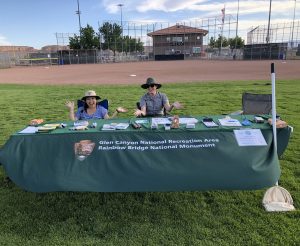 Me and a coworker promoting the Dragonfly Mercury Project at the Page Summer Rec Fest.

However, cut to a couple weeks later, and no one had responded to my email. My supervisor and I had carefully crafted an email with dates, volunteer forms, and videos about sampling dragonfly larvae. But no one was biting. One woman responded that she could not make a sampling date and asked if we had any more outings planned. It was disappointing to experience a lack of response for this project that was built around community engagement. I sent out several follow-up emails, each time editing my language and approach a bit in hopes that a different attitude might elicit a response. The day before the scheduled sampling date, I sent an email cancelling the event. 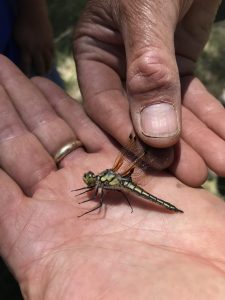 A dragonfly we found at the Springs Ecosystem Workshop in Flagstaff, AZ a few weeks back. Catching this specimen made me so excited to get my project underway.

While this episode was disappointing to say the least, it also lit a fire under me moving forward. Especially since the Dragonfly Mercury Project was designed with the intention of engaging citizen scientists, volunteers, youth groups, etc., I knew I had to do better with recruiting the public. I also understood that it wasn’t entirely on me that the first sampling date fell through; sometimes you can do your best, and the rest of the stars refuse to align. But staying positive and learning from the past is the best approach in any situation. Moving forward, I am more proactive with reaching out to people, inquiring about their needs, and communicating with my coworkers and supervisors on what needs to be done. I don’t think about this experience as a failure or set back, but rather a learning experience and stepping stone to a better ending. 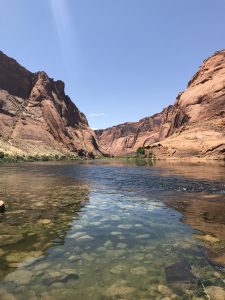 I get amazing views (like this one on the Colorado River) while looking for dragonfly larvae. So I guess no matter now bad it gets, I can’t really complain!

This isn’t the only “learning experience” I’ve had during my time here. I’ve lived through boats running low on fuel, cars getting stuck in sand, unexpected rain (and unexpected heat), you name it. But each obstacle is really just an opportunity to challenge myself and see what I am capable of. I’ve learned to think on my feet, gather energy I didn’t think I had left, and power through scary situations in the desert. I am truly lucky to have supervisors and coworkers that know what they are doing and can help interns like me navigate unfamiliar terrain. It helps to know that you are never on your own, and that 99% of the time there will be enough knowledge and experience between everyone to find the right solution. Each obstacle we encounter and overcome makes me want to learn as much as I can so that I am prepared for whatever comes next. I look up to the people with whom I work, and hopefully I can be there for someone in the future they way they are there for me now.

Hi there! I am a rising senior at Vanderbilt University double majoring in Ecology, Evolution, and Organismal Biology and Theatre with a minor in Environmental and Sustainability Studies. I look forward to applying both my biological and artistic skills to a career in environmental stewardship and education. I love travelling, hiking, acting, singing, and photography (just to name a few). I hope you enjoy reading about my adventures! 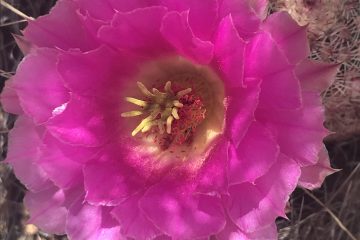 For many, the end is approaching since many internships are in their last week of work. For some others like me, after the career event in Washington, D.C., we will return to our parks to Read more… 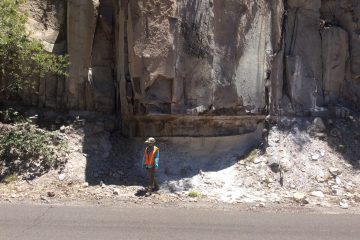 On my blog #3 named Rock the Rhyolite I explained what is Unstable Slope Management Program (USMP) and the purpose and goal of the project. We rated 16 precarious slopes, 15 rockfalls, and only 1 Read more… 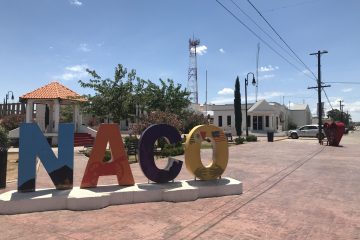 After the webinar on applying to graduate school we had on Tuesday, July 9th, I was inspired by the words of Ricardo Escobar. Indeed, we must treat ourselves and explore the surroundings of our park Read more…