City-slickers like me have grown up around timid and (mostly) non-threatening animals such as livestock, deer, waterfowl, small birds, and squirrels. The beasts we do live with are our domesticated dogs and cats. Anything more exotic than those live in zoos and are relatively docile in captivity. As a result, we’ve been lulled into a false sense of security that puts us at risk in new, unfamiliar environments. Every year, people (usually tourists) are unnecessarily injured or killed because they decided to interact with wild animals. It may seem like common sense not to, but the warnings are forgotten the moment someone sees a grazing bison and decides its time to take a selfie. They may not know how many people are gored by buffalo every year, but it’s no excuse: being unaware or willfully ignorant of the local fauna puts lives in danger. 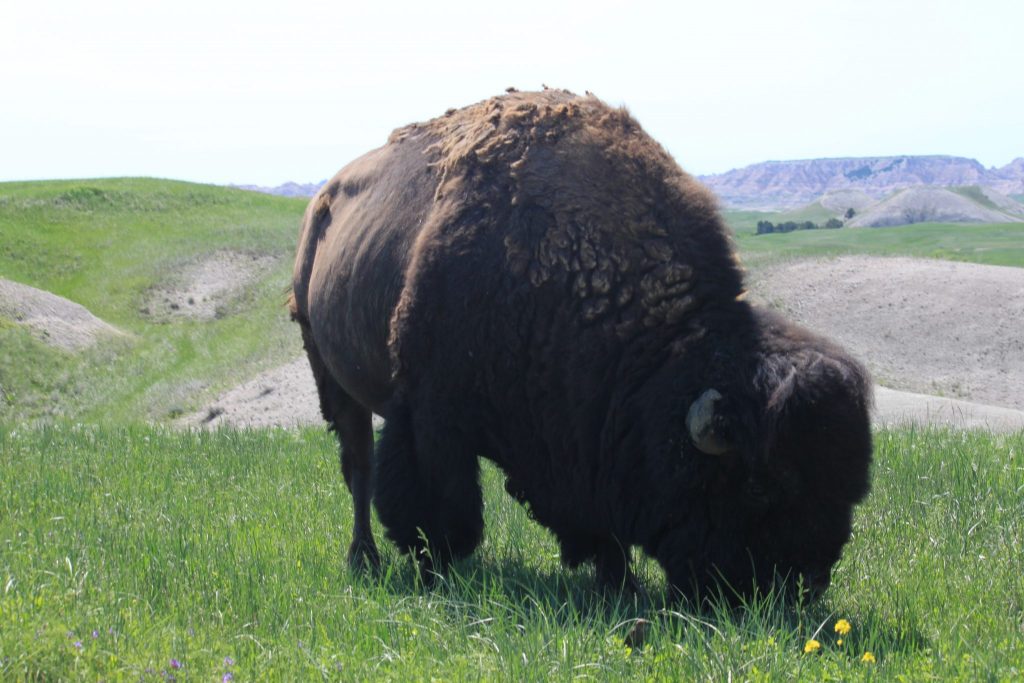 A buffalo on the side of the road entering Badlands National Park. I drove past extremely slow to avoid startling it.

In western South Dakota, bison aren’t the only thing to worry about. The mule deer and big horn sheep I’ve encountered are undaunted by humans and will hang out on roadways with little regard for 70 MPH traffic. Mountain lions are few and elusive, although attacks are not unheard of. Even black bears from neighboring states will travel through the Black Hills, but this is extremely rare. 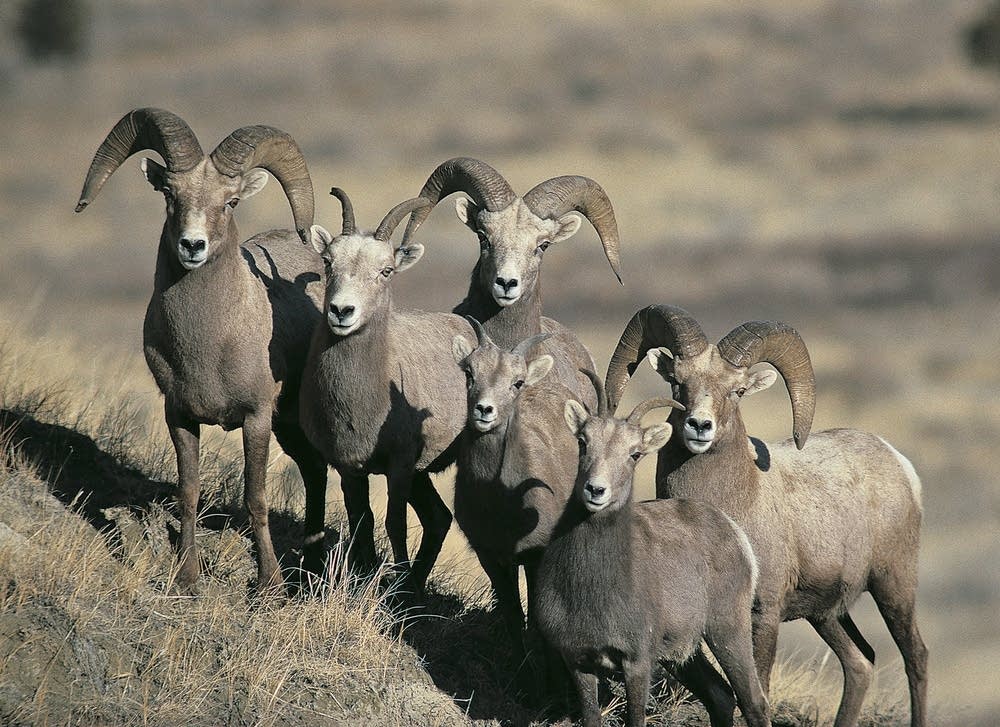 A group of big horn sheep. They are commonly found around grassy hills and highway road cuts. Image credit: AP

Now look at this next image. 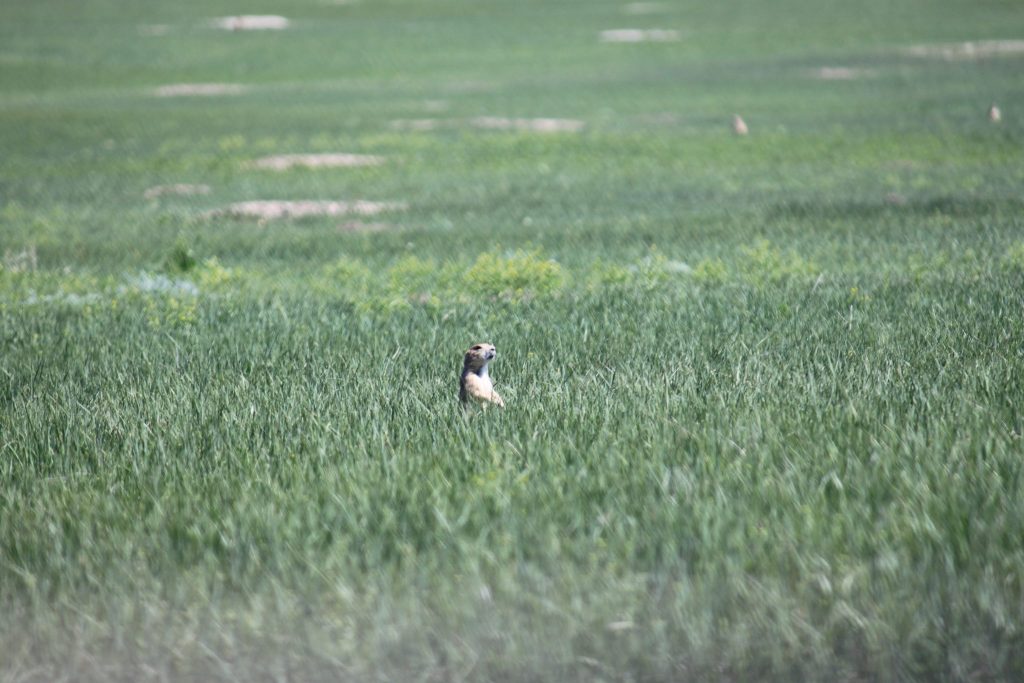 A prairie dog posing in a field near Badlands National Park

An adorable prairie dog poking his little head above the grass. Drive through the plains and you’ll see orange-brown dirt mounds dotting the green landscape with hundreds of these little guys. Don’t go picking them up because many of them carry fleas and the plague. And yeah, it’s that plague. There are even a few snakes out here too, including the venomous prairie rattlesnake. I must be extra careful when upturning cool rocks or when entering caves. 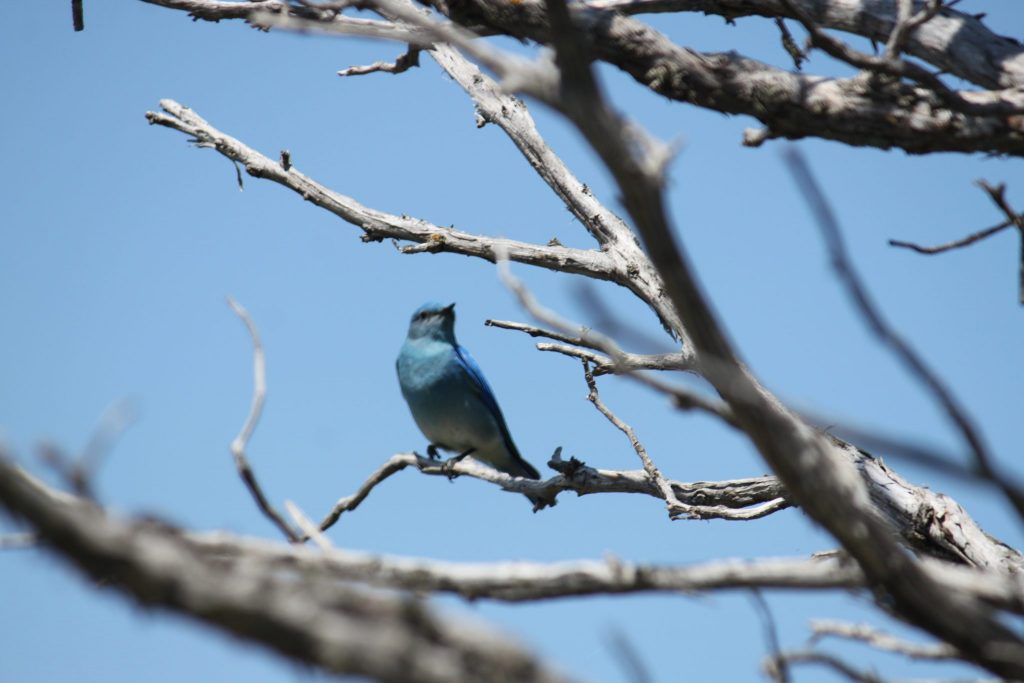 Wild animals aren’t like their Disney counterparts. I don’t intend to discourage you from watching them, but heed caution, take pictures from afar, and don’t interact with them up close. 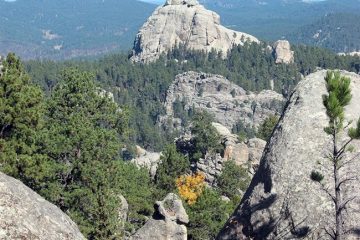 Welcome to Mount Rushmore and The Northern Great Plains Network

This summer I will be working in multiple NPS offices; Mount Rushmore National Memorial and the Northern Great Plains Network (NGPN).  At Mount Rushmore I will be mapping social trails with GIS to determine how Read more… 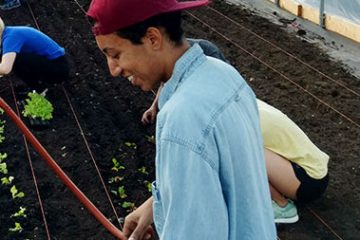 My name is Sydney. I graduated a year ago from the University of Michigan (located on land belonging to the Anishnaabe peoples)  with a BA in Environmental Sustainability and Art. While in school, I spent Read more… 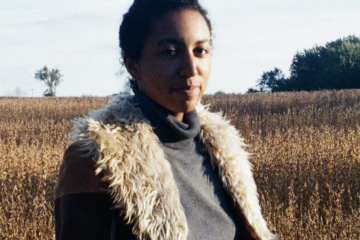 I am passionate about environmental justice, helping people and the planet. For me, environmental issues are inextricably tied with social issues and working at a National Park seems like a perfect opportunity to learn about Read more…