Past Meets Present: A Brief History of Valley Forge 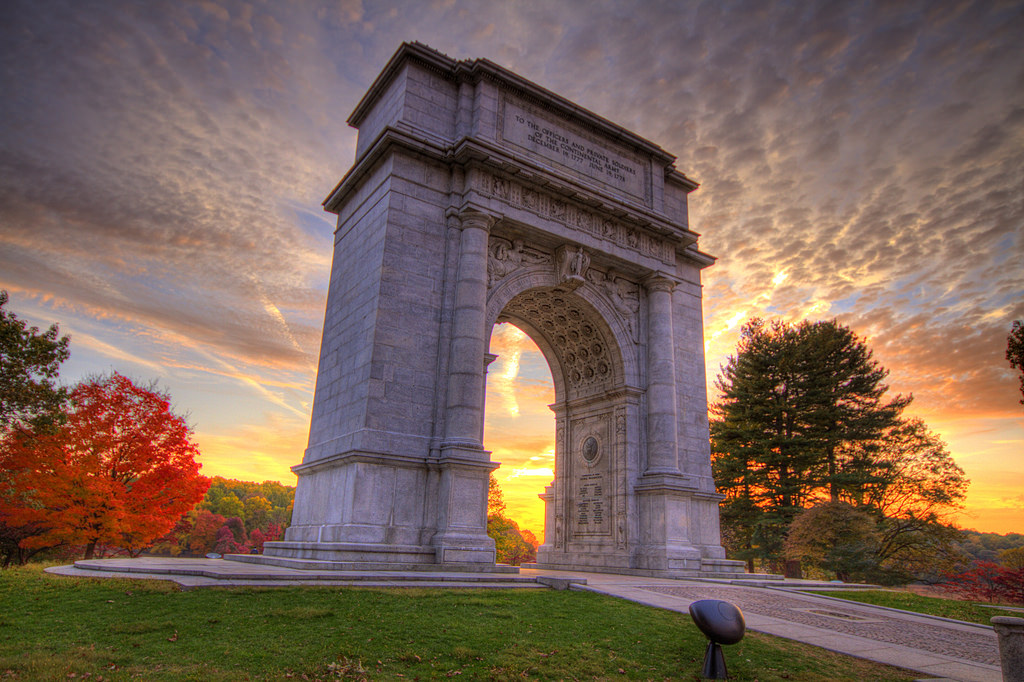 07 Jun Past Meets Present: A Brief History of Valley Forge

Valley Forge National Historical Park holds a rich history in the halls of its timbers and its sprawling fields, memorializing the Continental Army’s grueling stay and transformation into a unified fighting regiment. The Continental army was formed in 1775 to coordinate efforts between the colonies, and ultimately expel British rule. Helmed by George Washington, the army used Valley Forge as its 1777-78 winter encampment. Philadelphia (approximately 18 miles Southeast) was under British rule at the time. The site served as a strategic point in regard to Philadelphia and as a winter quarters. Several thousand of Washington’s forces died due to disease and malnutrition. However, those soldiers that survived the harsh winter emerged as a force to be reckoned with. Upon a retreat of British forces from Philadelphia, the Continental Army pursued and fought admirably at the Battle of Monmouth, which resulted in a standstill. Behind the ranks of General von Steuben, and divisional commanders like Nathanael Greene, Marquis de Lafayette, and Anthony Wayne, the Continental Army marched forward and birthed the ranks that would soon lead to America’s independence.

To this day, nearly 250 years later, Valley Forge has a series of colonial buildings intact. History is forever eternalized here. But, the dilapidated husks of farmhouses and small homes remind us that nature will eventually claim them. To the chagrin of some older locals in the area, the park has fully embraced the spread of native plants and animals. Where vast fields were once mowed, tall meadow grass and shrubs can now be seen. The fine strips of yard, where these forests and meadows meet the groomed exteriors of colonial buildings, is the meeting place of history—of old gunpowder soils and of far-reaching stalks and boughs that promise to sprout and grow with each passing year.