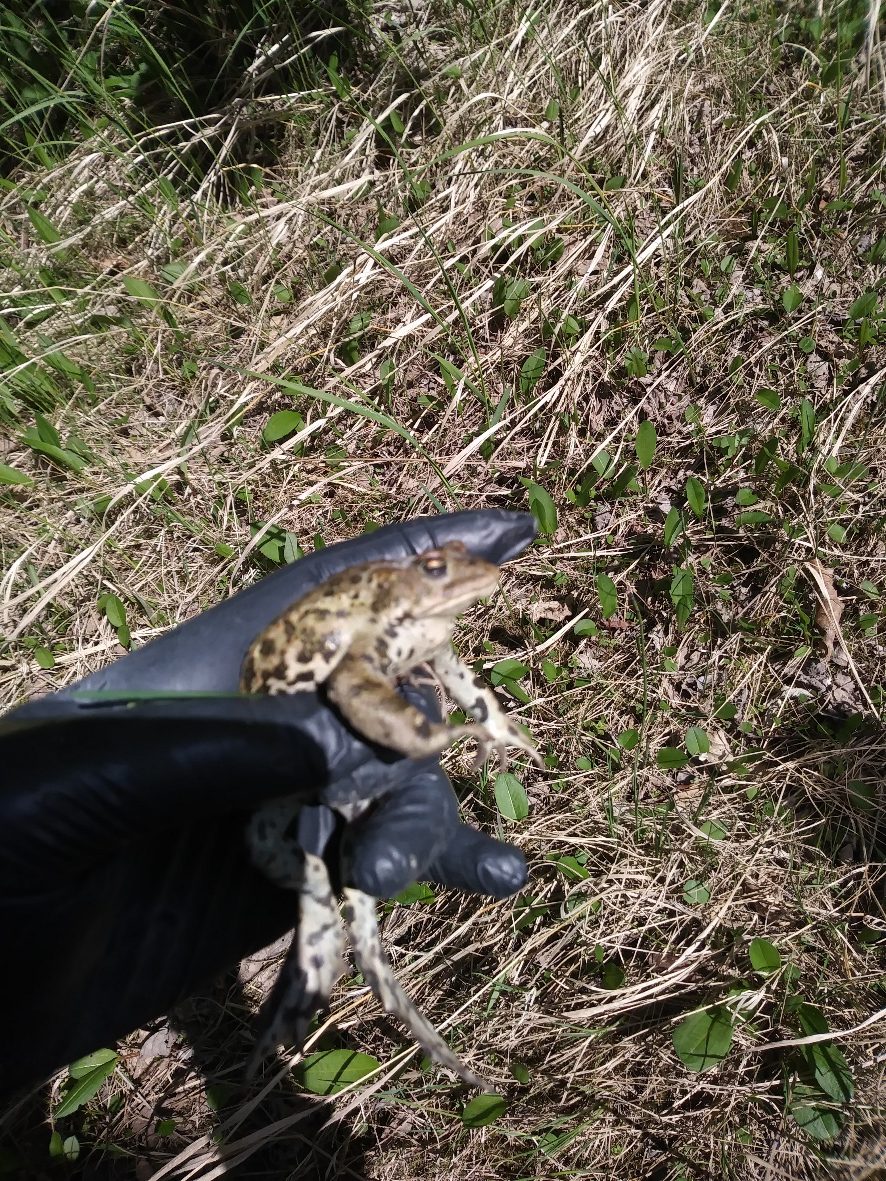 This summer I am working on a variety of projects such as air and water contamination, amphibian monitoring surveys, and fish larval sampling at Klondike Gold Rush NHP.

The town of Skagway is a major cruise ship destination and the cruise ships that port in town burn diesel fuel that over the course of the summer emit large quantities of pollutants into the atmosphere. To determine the level of impact that the cruise ship emissions have on the environment there are monitoring stations equipped with passive samplers to determine air and water quality. There are monitoring stations located in town and in more remote areas so that range of the pollution can be measured.

Klondike Gold Rush NHP is home to two species of amphibians, the boreal toad and the Columbia spotted frog. The park is conducting monitoring surveys focused on the boreal toad. Boreal toads were found all over the western United States and Canada but now only occupy about one percent of their historical range and their populations in southeast Alaska are rapidly decreasing. Along with monitoring the toads for conservation purposes amphibians make good indicators species because they are easily influenced by changes in the their environment and can be used to measure the health of the environment.

The park is also home to Eulachon, an anadromous fish that migrate up rivers from the ocean to spawn. The Eulachon, like the boreal toad, originally were found over a large range but now are only migrating into a handful of streams spawn. Unlike salmon, a highly researched anadromous fish, not much is known is about the behavior of the Eulachon. After the fish release their eggs, multiple sites along the river are sampled for Eulachon larvae so that we can determine how far the fish travel up stream to spawn in order to better understand the their behaviors. Eulachon also have a historical significance, before the Klondike gold rush the Eulachon were an important trade item for the Tlingit, the native people of the area. The fish has a very high oil content so the Tlingit would trade the oil harvested from the fish for goods like moose and caribou meat and pelts provided by the natives from the interior. Conservation of the Eulachon is not only for the health of the environment but for its historical significance.