Through the Swamps: Blanding’s Turtle in Massachusetts 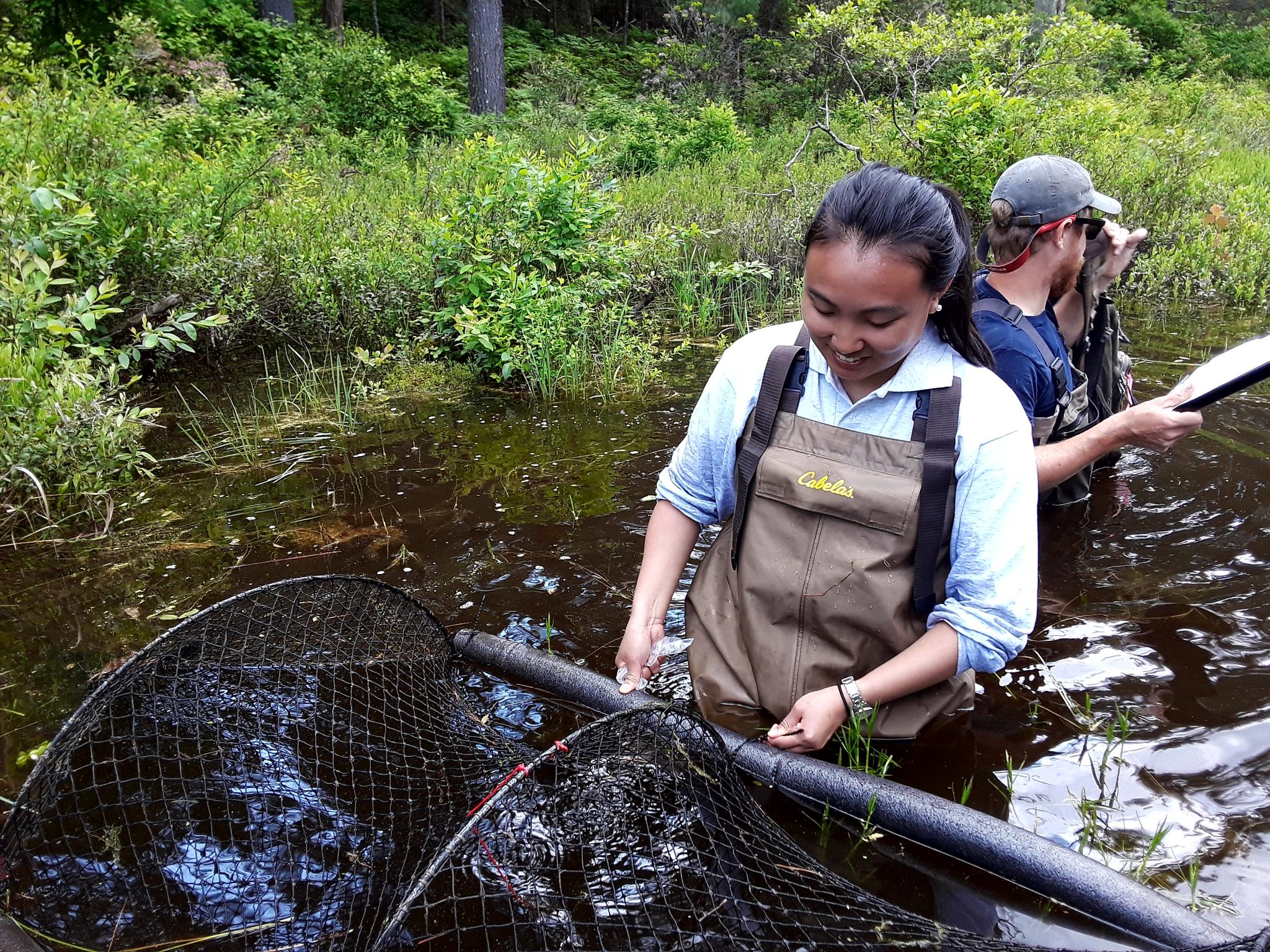 16 Jun Through the Swamps: Blanding’s Turtle in Massachusetts

This summer, one of the focus species I am documenting at Minute National Historical Park is the Blanding’s turtle (Emydoidea blandingii). Blanding’s turtles are medium-sized, semi-aquatic and freshwater inhabitants. These turtles can be identified with its yellow and black lower shell (plastron), and most noticeably, its long yellow throat and chin. Its distribution spans from the Great Lakes region to west into Nebraska. In Massachusetts, Blanding’s turtles are state-listed as Threatened and thus, are a conservation concern. It is believed that their populations are declining due to habitat fragmentation and increased roadkill mortality of adults. Habitat fragmentation specifically disrupts the turtles’ large home range size and long travel distance ability. Blanding’s turtles’ habitats include lakes, ponds, rivers, streams, marches, vernal pools, bogs, fens, sloughs, and specifically, deep shrub swamps. Blanding’s turtles are found within and surrounding the northwestern portions of Minute Man National Historical Park. In many studies, the application of low-cost spatial data and GIS analysis have shown useful for modeling habitat suitability of Blanding’s turtle in many regions where the turtles are found. Although my goal this summer is to use GIS to document Blanding’s turtle within Minute Man, field activity participation has been very useful for improving my understanding when characterizing these turtles.

On Friday, June 8th, I dedicated a day to helping set up traps for Blanding’s turtle at Townsend State Forest with Alexi Dart, the trapping Field Technician in charge. The entire day was a great learning experience. The traps for Blanding’s turtles consist of large nets, wooden stakes, pool noodles as flotation devices, and sardines as bait. Because Blanding’s turtles prefer shrub swamp wetland habitats, setting up the traps required chest waders and a lot of endurance when treading through the marshy waters. Once arrived at a suitable location within a swamp, the traps were built, baited, and tagged for identification. For each trap, observations were also documented, such as water depth and surrounding aquatic vegetation. On this day, the goal was to set up 20 traps in different wetland locations within the forest in attempt to capture and document (and release afterwards) Blanding’s turtles for 12 consecutive days. The following day, Alexi informed me that one adult female Blanding’s turtle was captured in a trap that was set up at the latest wetland location. Despite most traps being empty of turtles, Alexi believes that finding this one turtle bodes well for a successful trapping session. 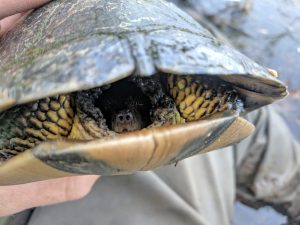 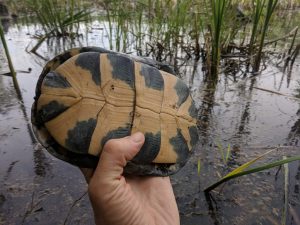