To catch a hummingbird 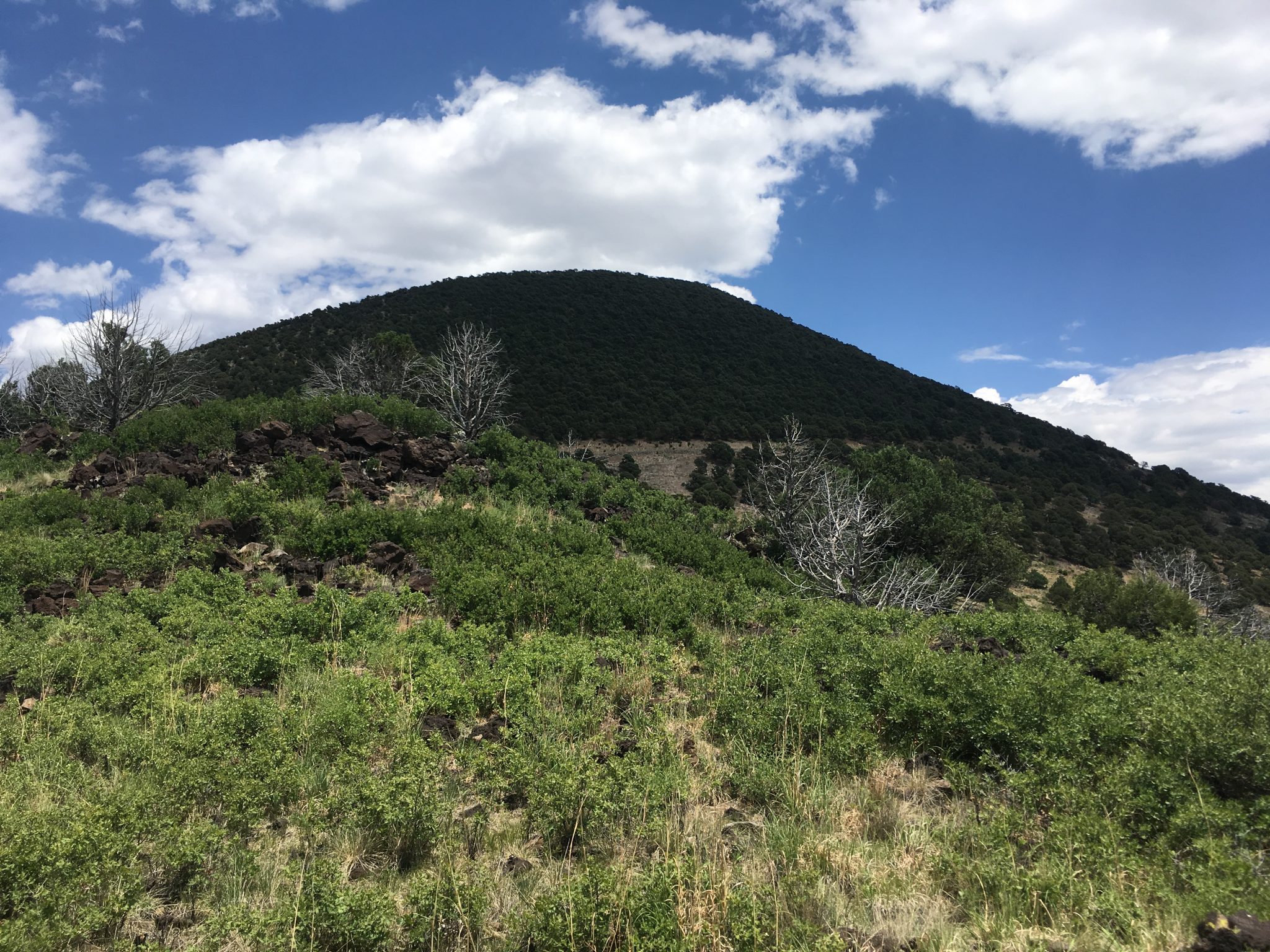 11 Jun To catch a hummingbird

Another great week at Capulin Volcano National Park! In my first weeks, I spent a good chunk of time filling trays with soil and native grass seed with the resource crew. 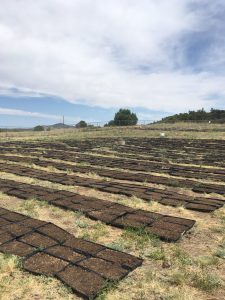 This is the first year Capulin is taking on this large scale growing project, which is really exciting to be a part of. It will be a little trial and error, but we are hoping to grow at least 4,000 trays of sod to be used in restoration projects at the park. In addition to the outdoor growing area, there are two beautiful greenhouses where we are growing native plants as well as some fruits and veggies for our community garden. 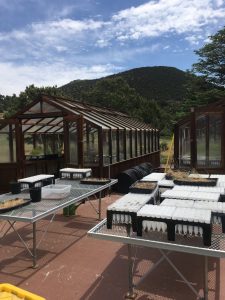 Now that I’m settled in and have completed most of my trainings, I have been able to start focusing on hummingbirds and my big summer project- creating a pollen identification guide.

Let’s start from the beginning. Capulin is on the migratory path of multiple species of hummingbirds, who spend their winters in Mexico and migrate north in spring. For the last seven years, the park biologist and his crews have been banding hummingbirds and collecting data such as sex, weight, and physical measurements. Capturing the birds is done using Hall Traps: 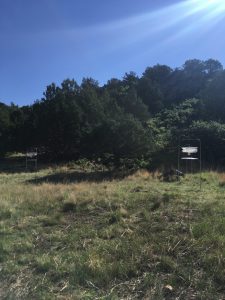 It is difficult to see in the photo, but each trap is made of a net surrounding a hummingbird feeder. The net is held up by pulling an attached fishing wire tight. Once a hummingbird is on the feeder, the line is released and the net falls around the bird. Easy!

In addition to the standard data collected, they have also been collecting pollen samples (if present), usually found on the hummingbird’s beak. My project this summer will be creating a pollen identification guide that will not only help identify the pollen found on hummingbirds in the park, but will also include a protocol for collecting and analyzing the pollen. Being able to identify the pollen is important because it gives us valuable information about what species of plants the hummingbirds are pollenating, and when. In addition to the guide I will be creating a series of short videos illustrating this process, not only for employees, but also to share with our park visitors. I am excited to be creating something that is not only valuable to the park, but will help educate visitors about some of the cool work being done here!