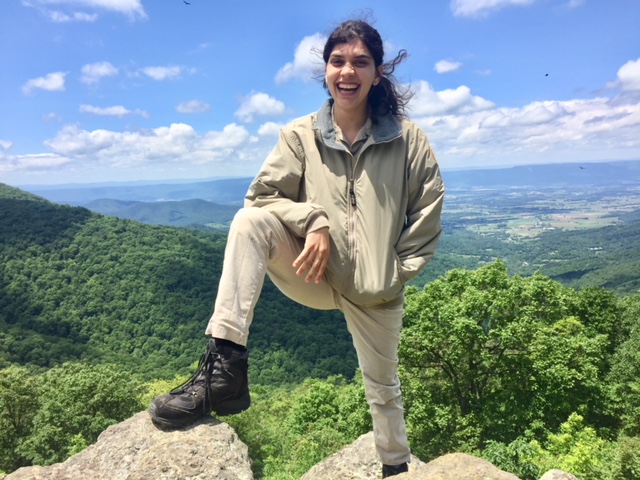 Last Thursday I completed my last day of cross-training. I trained with the fish electro-shocking crew. The fish crew goes out at 6:30 every morning and visits the different streams within the park to sample for fish populations. When I went out with them we went to sample the area where the Moorman river meets the park boundary. We parked at the trailhead and got our gear together then hiked 1/4 mile to the river. Once we arrived at the river we unpacked out gear and set up for the day.

The gear the fish crew carries in everyday includes 2-3 shock backpacks, shock wands, numerous nets, 15 small buckets, 3 large buckets, scales, rulers, mesh cages, clove oil, waders and boots. To begin the crew put out three mesh cages that sit in the river allowing water to run through them without letting fish escape. Each member of the crew wears waders, gloves, sunglasses and felt boots that prevent them from slipping. After we unpacked the crew leader assigned roles. The 2-3 leaders are the “shockers” they walk in front with the electroshocking wands that emit a shock that stuns the fish without killing them. Following them come the “netters” they follow the shockers with nets and catch all of the stunned fish. Behind the netters, come the “bucketers” they follow behind everyone carrying buckets for the fish that the netters catch. Lastly, 1-2 remain on shore, they switch out the buckets and begin cataloging the fish. The whole crew does a 100m section of the stream 3 times to ensure that they get the best possible sample of the population.

After the fish have been collected they are sent to recover in the mesh cages and the crew begins to clean up and write up the environmental report. This involves measuring the depth of the river and checking the substrate every 20m for the 100m sampling area.

In the Moorman river we used three shockers because it is a large river. In total we found 9 different species of fish and 3 crawdads.