During last Monday’s low tide, a team from the National Park Service’s Inventory and Monitoring Program met at Point Bolinas to gather data on the rocky intertidal. Luckily, Monday’s low tide was later than the ones the team chased through the weekend. By 9am (late by any intertidal field work standards), the team and I were walking over the rocky reef situated within the Gulf of the Farallones National Marine Sanctuary and Point Reyes National Seashore. Despite the late start, the beach was empty of anyone besides us. The public can reach Point Bolinas by foot (if they can find it), but it is fairly remote. We had to unlock a series of gates for our truck loaded down with gear before parking over the cliffs and taking a short hike down to our survey site. 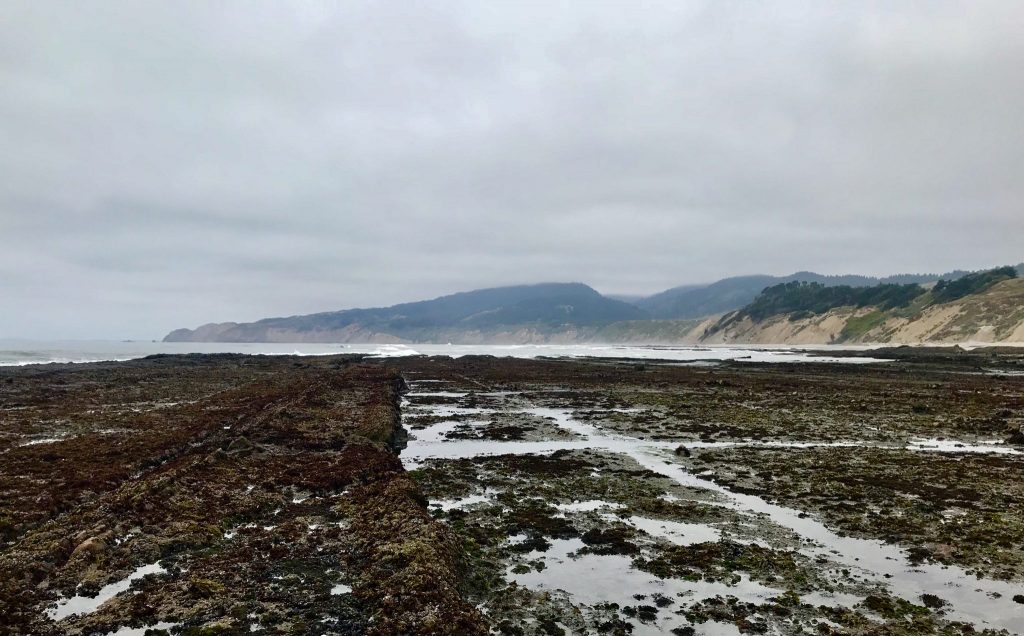 Our goal that day was to find the transect lines and study plots established in 2005 when monitoring in Point Bolinas began, and take data in the same place, using the same methods, as all the teams since 2005 had done. The data will then be sent to a centralized database within the Multi-Agency Rocky-Intertidal Network (MARINe) where it is summarized and made public. This network has a huge collaborative network and contributed 30 years of data from over 200 monitoring sites all along the Pacific Coast. 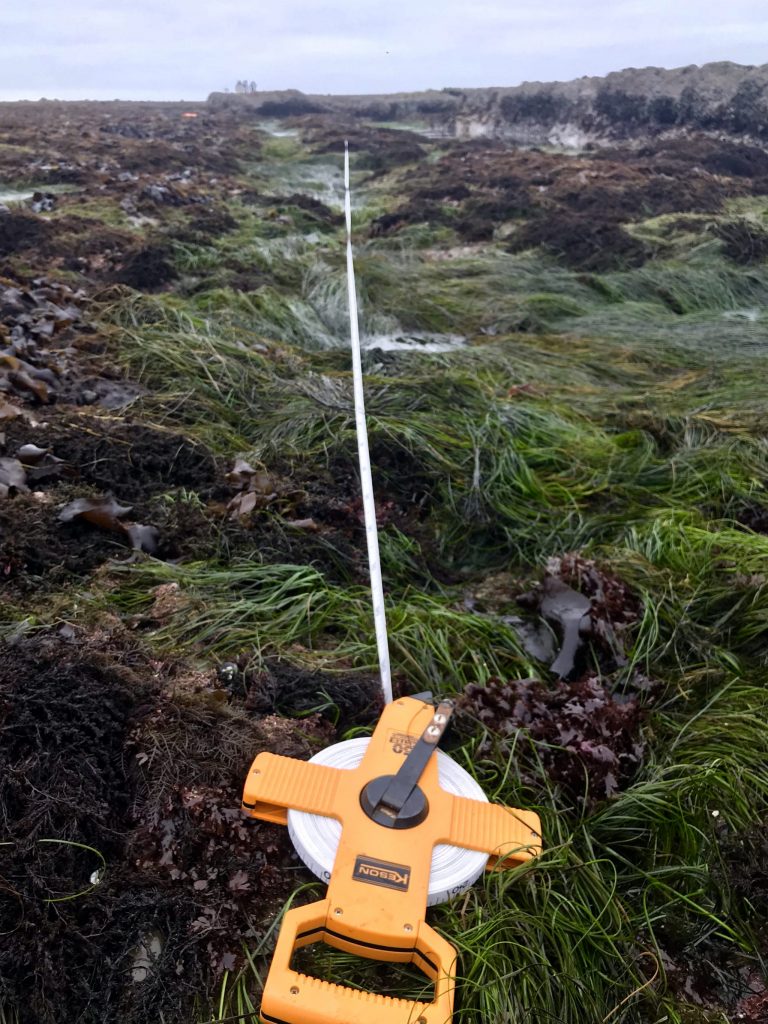 A long term dataset like MARINe’s allows scientists to analyze trends and study how areas and species distribution are changing over time. One species, in particular, that scientists are studying using this dataset, is Sea Star Wasting Syndrome (SSWS).

My job at Point Bolinas that morning was to search our study plots for Ochre Sea Stars (Pisaster ochraceus), note their health condition on a scale of 0-5, and measure their radius from it’s center to the tip of it’s arm. Previous surveys along the Pacific Coast show unprecedented population declines of sea stars between 2014 and 2015 throughout their entire range with uncertain signs of recovery. On the morning of our survey, my partner and I found only one sea star in the plot. 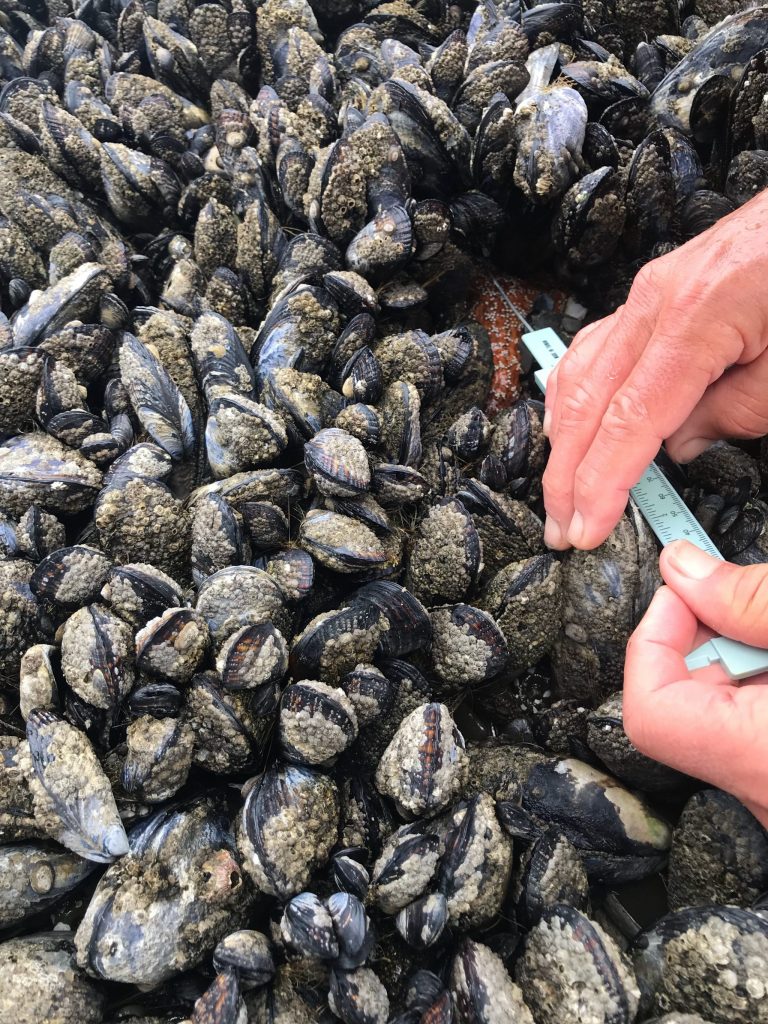 Ochre sea stars are keystone species and keep their entire intertidal community in check. They are voracious predators and love feeding on mussels. If there are not enough sea stars to eat the mussels, the mussel populations will grow so big no other species can establish themselves on the rocks along the intertidal. Low numbers of sea stars can affect an entire community!

Scientists are still unsure about this mysterious Sea Star Wasting Syndrome affecting organisms in such a wide range and changing the ecosystem dynamics, but data like what we collected at Bolinas Point are helping tack down the disease, identify which areas are the hardest hit, and document how the study sites are changing as sea stars die off.

You can visit the MARINe website to learn more about Sea Star Wasting Syndrome and take a look at the data that holds the unsolved mystery of Ochre Sea Stars along the Pacific Coast.