You Don’t Belong Here! Invasive Species in the Park 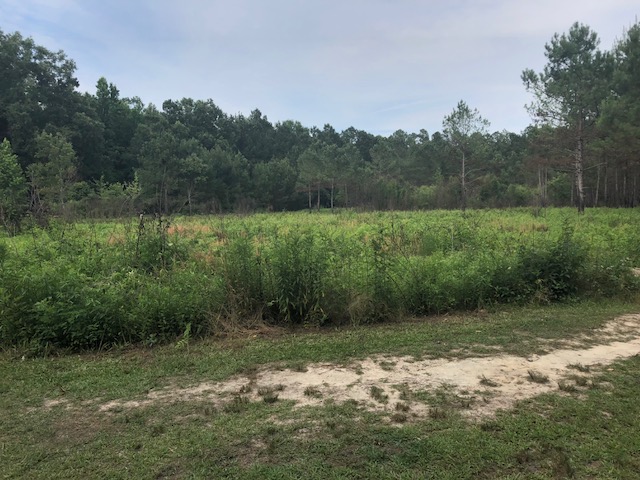 07 Jun You Don’t Belong Here! Invasive Species in the Park

For hundreds of years, foreign species have been brought to America from all over the world. These exotic specimen can range from an insect to a plant to a large mammal. Reasons for why they were brought here vary. In more of the colonial era, species were brought intentionally for the purpose of food or to manage other species. However, some species have been brought over unintentionally. These stowaways most likely were caught in a ship and then released when the ship made port. Invasive species are most successful in taking over a habitat when they are generalists. This makes them very adaptable to their new environment. 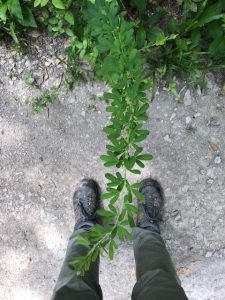 A sprig of Lespedeza

In Congaree National Park, I have been able to help manage an exotic plant species called Lespedeza cuneata, commonly called Sericea Lespedeza. It was brought over from Japan in an attempt to use as an agricultural crop. This plant likes to grow in very sunny areas, so it is a threat to any prairie lands. It is also tolerant of drought and can grow in many different soils. Because of this, it is very aggressive and will outcompete the native vegetation in an area. I spent a morning assisting the Exotic Plant Management team at Congaree with spraying herbicide onto these plants. Before we started this work, they trained me on how to properly and safely use the herbicide and on how to identify L. cuneata since there was a native species that looked very similar.

Another species that is found in the park is the wild hog. Brought over in the 1500s by the Spanish, wild hogs have spread like wildfire throughout the US. I wasn’t aware of this problem until I arrived at the park, but by working with a contractor from the USDA, I have learned a lot of information on these creatures. Wild hogs are able to reproduce very quickly and typically travel in large groups. They have a largely negative environmental impact by rooting through the ground, eating whatever source of food they come across. Hiking along the trails in Congaree, I have seen areas where the soil looks as if it were tilled. Areas like this indicate hog activity. Plant species also suffer because they are either constantly being eaten or uprooted. Even sea turtle eggs are at risk. Although there are no sea turtles in Congaree, there are still freshwater turtles and snakes that lay their eggs in the ground and are vulnerable to the hogs. 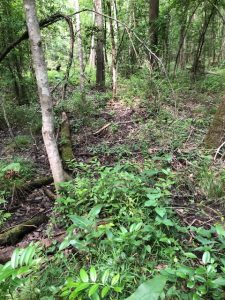 Hog wallow off of the trail 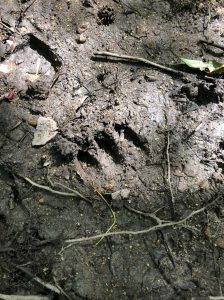 A feral hog footprint left in the mud

If you are wondering what you can do to lessen the impact of invasive species, there are plenty of ways! It is always important to know what plants you are adding to your area when landscaping. If possible, bring in native plants to your home rather than exotic plants. You can typically find a list of native species through a quick online search or through your state’s Department of Natural Resources. It is also a good idea to know what invasive species, whether plant or animal, are in your state. This way you can keep an eye out for them and report any sightings to the respected agencies.