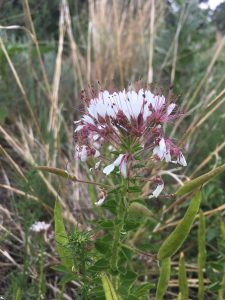 The weather here at Capulin Volcano National Monument is much different than what I usually experience in coastal California. California’s Mediterranean climate means cool wet winters and hot dry summers. Here at Capulin we tend to have hot, sometimes humid days, but often get pouring rain and sometimes hail by late afternoon. The monsoon rains allow for a longer growing period than what I am used to in California. Already late into July, we are still flooded with fields of wildflowers. 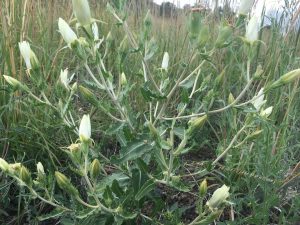 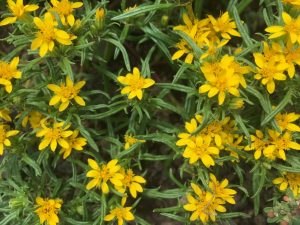 Just when I think I am nearing the end of my pollen collection, we discover more flowering plants in less traveled areas of the park. One plant that I was particularly excited to see was Ipomopsis aggregata ssp candida, or scarlet gilia. Based on the Capulin plant species list I knew it had been found at the park in the past, but I had yet to see it myself. I had been on the lookout for it as it is a known favorite of hummingbirds, but had no luck. 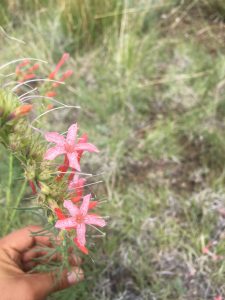 Fortunately, one of my coworkers saw a flower in the field that he thought I might be interested in. He took a photo and showed me upon his return, asking if I knew what it was. Scarlet gilia!! He took me back to where he found it, and I saw there was a whole patch of the beautifully colored, distinctive flower. The long red and pink corolla tubes filled with nectar are a hummingbird’s dream! I’m so lucky to be part of team that keeps my pollen project in mind when they are out doing fieldwork, thanks Ranger Tommy! 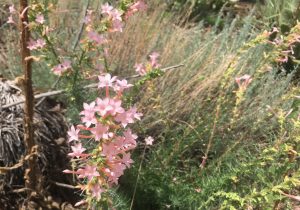 Every Breath You Take

How visitation is affecting the air quality in Carlsbad Cavern Carbon dioxide is a naturally occurring gas in Earth’s atmosphere, but in high concentrations, the gas can act as an asphyxiant. OSHA and other government Read more… 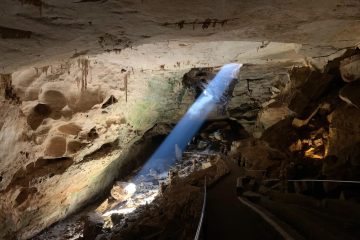 My Mosaics in Science internship concludes this week, and as I say 再见(zàijiàn)—goodbye to Carlsbad Caverns, I wanted to reflect on my experiences here over the past three months. This summer, I collected data on Read more…