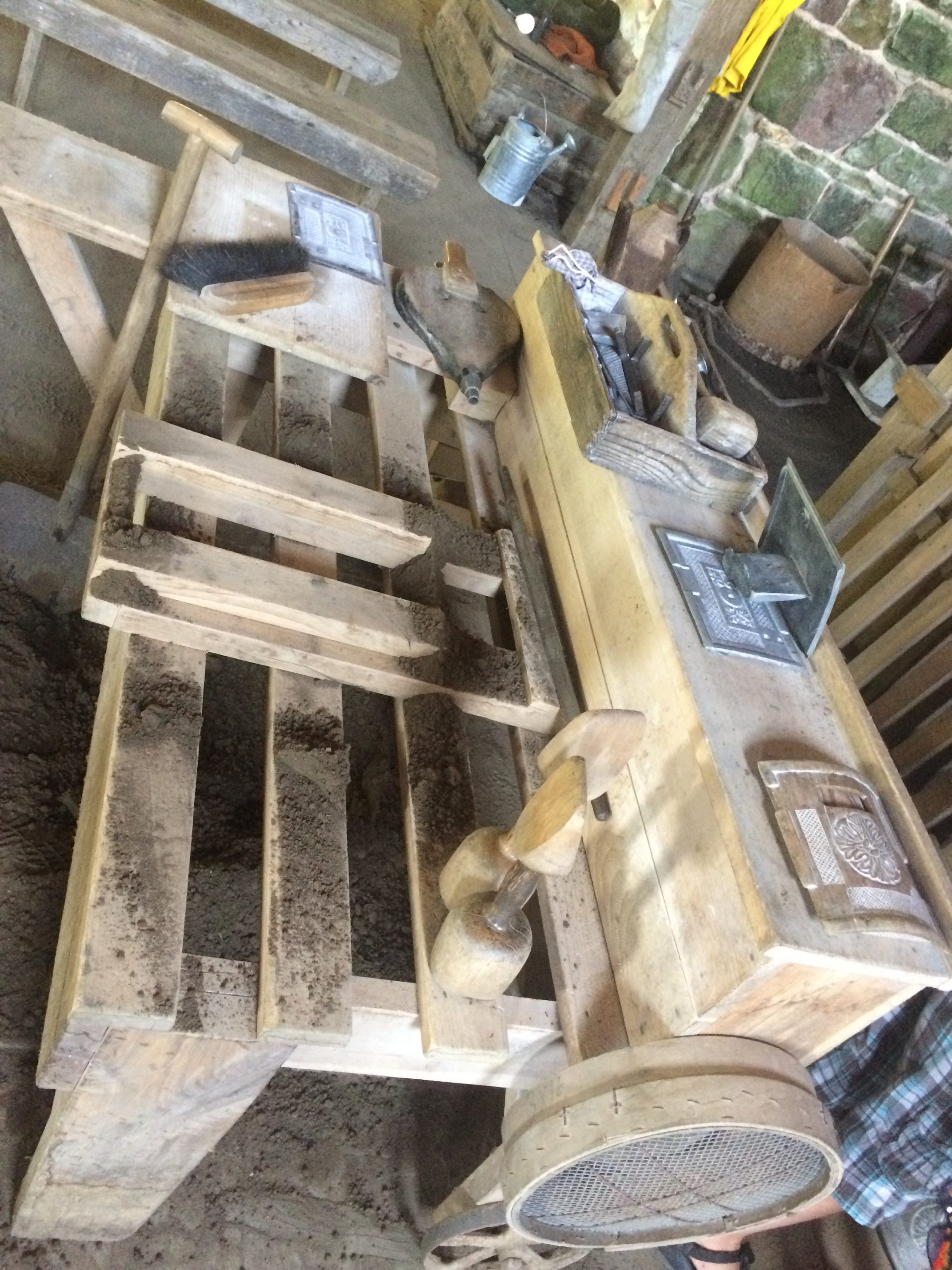 As part of our Summer Challenge series meant to expose park employees to park experiences outside of their day-to-day departmental duties, I recently attended an iron moulding and casting event at our sister park, Hopewell Furnace. It gave a look into the steel-hearted grit of 19th century life. A natural resource colleague and I enjoyed a brief tour of the recreated iron plantation, still home to farm animals, well-kept estates, and its heart and hearth, the park’s eponymous blast furnace.

In the furnace complex, now partly restructured and made to accommodate public showings, we watched a moulding and casting event. A park ranger showed us how an ironmaster would have once packed clay into a wooden frame, meticulously placing a small iron stove door into the clay as a template, and then fitting another clay-packed frame on top like a sandwich. I watched as the ranger, having brought the completed mold alongside the furnace, removed a flaming crucible from inside and poured its molten contents into the mold.

This revealed a miniature stove door just as had been placed in between the frames as a template. The ironmaster would have had templates for a variety of iron castings and implements. A historical inaccuracy was the fact that we used aluminum rather than iron because iron burns at a far higher temperature and thus, requires constant attention. After the first public showing we were given the opportunity to lead the next event.