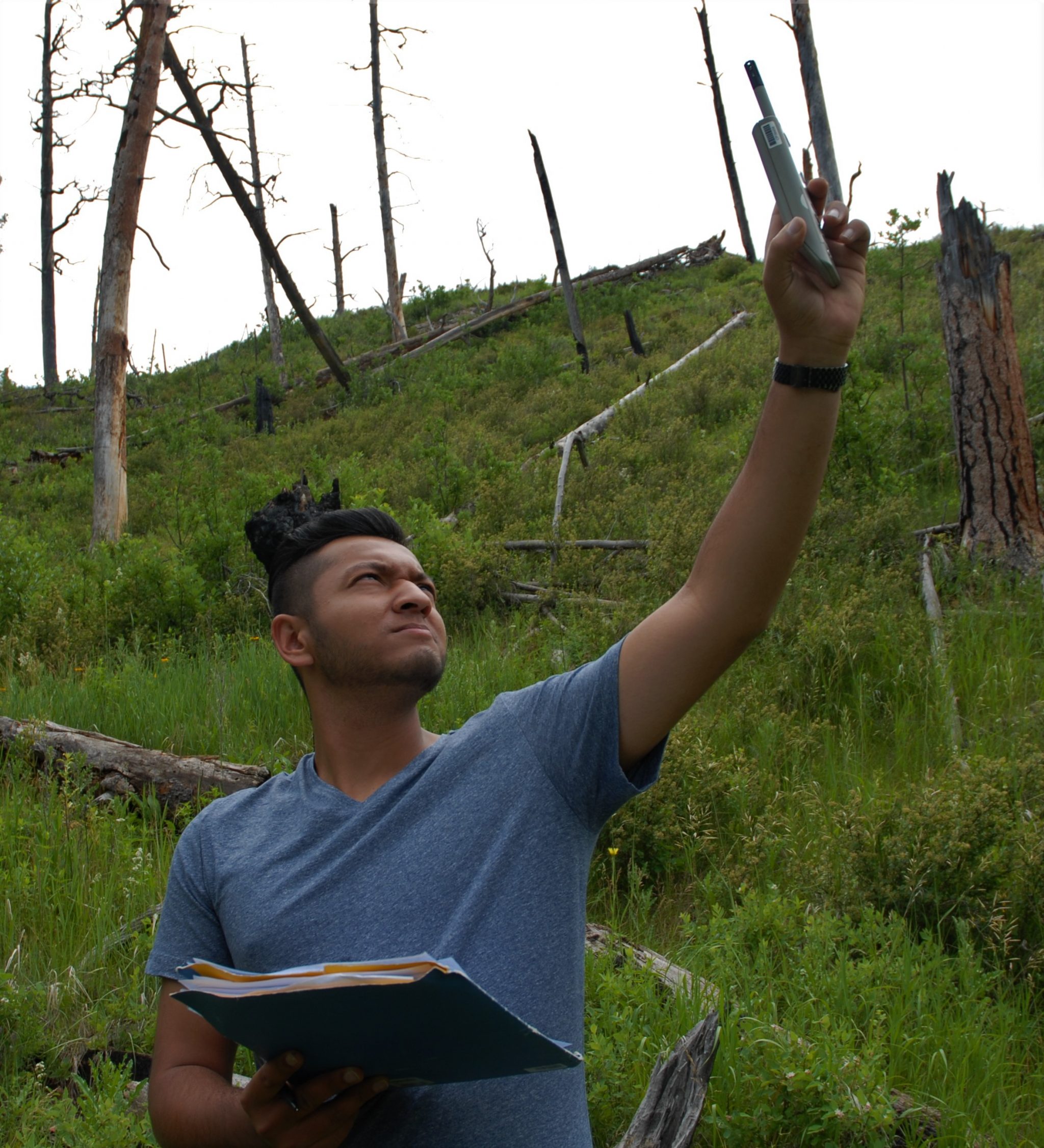 Now that I’m about 75% of the way through my Jewel Cave internship, it’s only right that I update you on the work I’ve done these last few weeks. Time just keeps flying by; I feel like I just started yesterday! 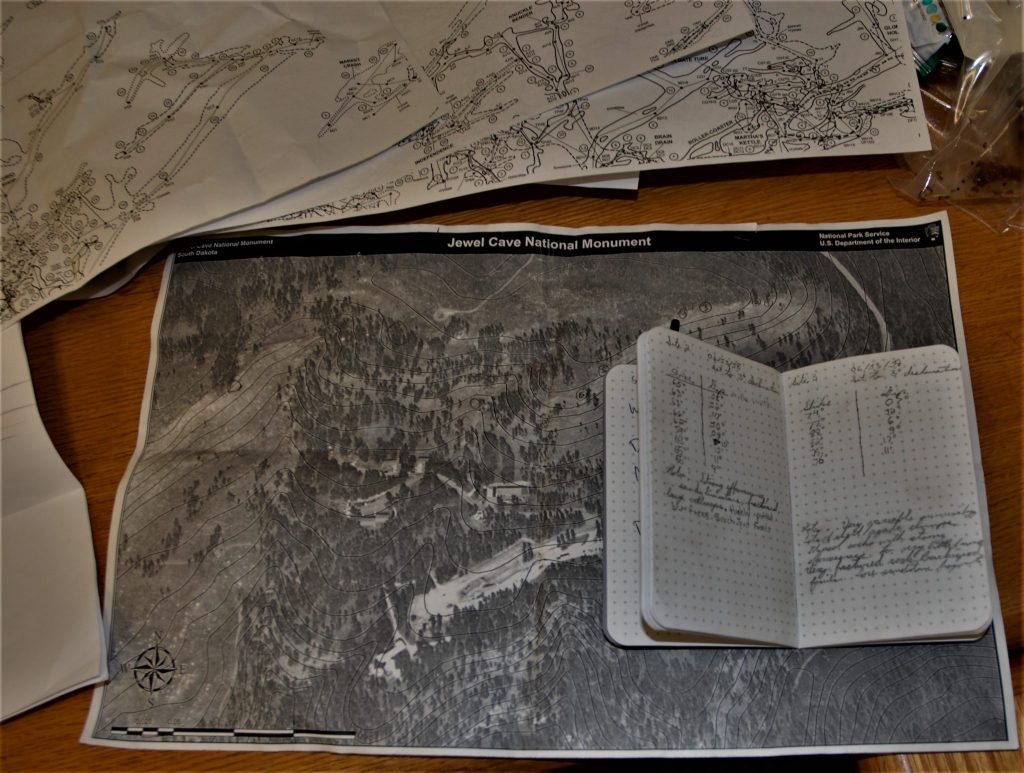 Here’s a glimpse of my desk. I’ve got a topographic map of the park with significant sites circled on it. My site notes are written in my field diary. On the top are cave maps we use to navigate Jewel Cave

There is a ridge atop the monument which may or may not be a fault or a monocline. The beds appear to be dipping toward the south at a certain angle. Unfortunately, the ground is covered with tall grasses and trees, which obscure most of the exposed bedrock. And due to a forest fire in 2000, lots of fallen trees uprooted bedrock. As a result, it’s not clear whether large pieces of rock are true bedrock. Rather than trying to understand every square foot of the area, I’ve been mapping the contact boundaries of subunits within the Minnelusa Formation in various areas to get a general idea of how these strata lay. Where I have found dipped beds, we’ve gone into the cave to check directly below. So far only one area has shown potential to be dipped or perhaps a perpendicular microfault. It is still highly speculative, but we’ve taken good measurements and now are crunching the numbers and creating models to see if there really is something significant. 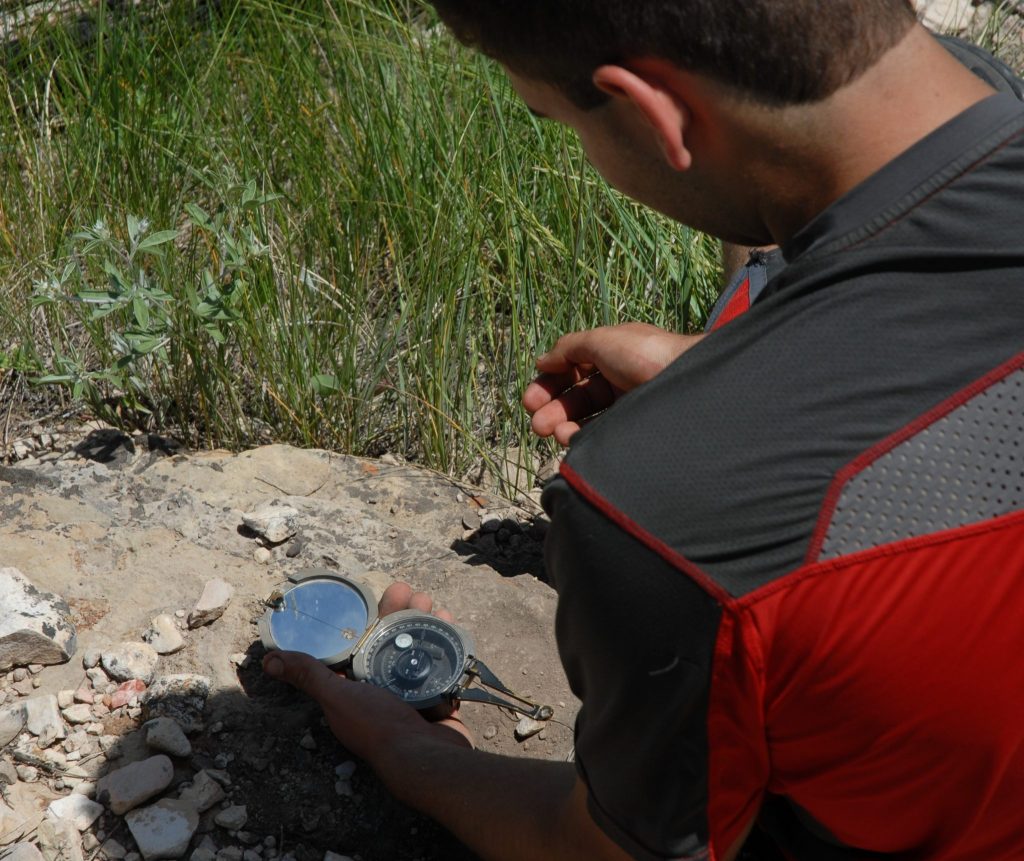 Here is my fellow intern Hunter gathering strike and dip readings from a Brunton compass. By collecting data from many points, we can create a map showing the angle and direction of the limestone beds

We collected our first week of bat acoustic data today. Later this week, we’ll input the ultrasonic data into a program which will tell us information such as bat species and call phases just through listening to the recorded bat screeches, which is kind of amazing if you think about it 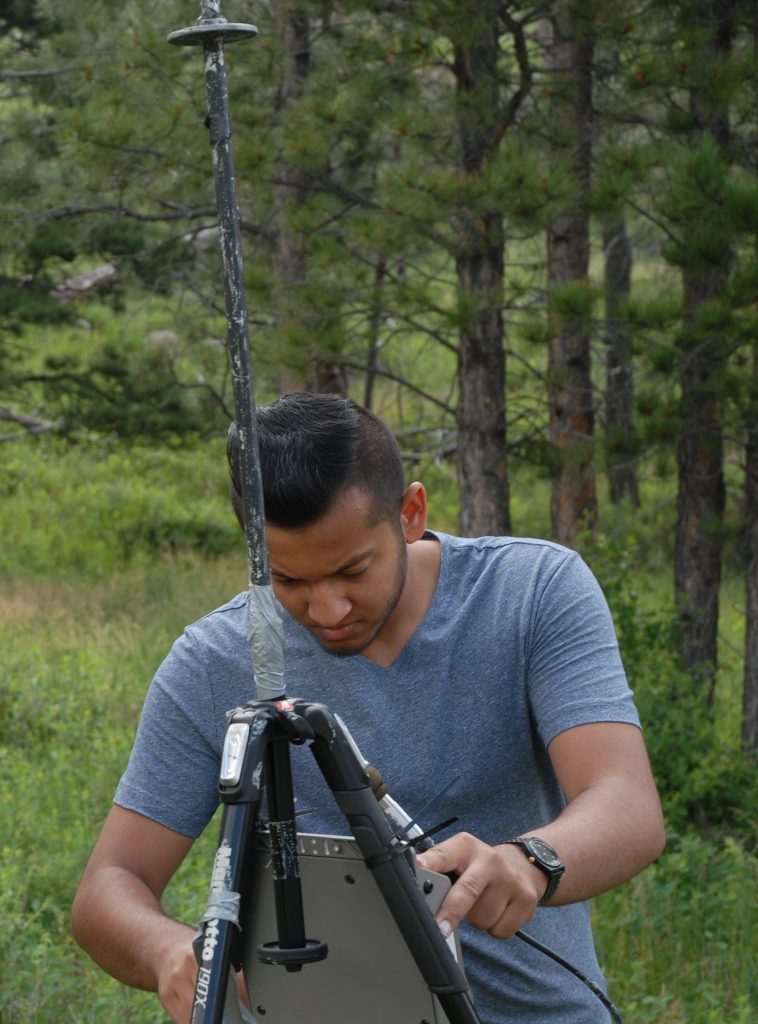 Here I am setting up a acoustic monitor. Lots of duct tape was used

Lastly this week, I helped NPS’s Inventory & Monitoring crew for the northern Great Plains look at various plots on the monument. I&M is a division of NPS that tracks resources at each park to plot changes and assess needs on a case-by-case basis. I helped inventory plants via point-intercept and quadrat, which is a fancy way of saying I counted specific plant species every meter for 100 meters, or within 1-meter squares. Then, I measured litter and duff depths. Litter is the loose organic debris that falls off plants such as pine needles and leaves. Duff consists of the same material, but more compacted and dirtier. Monitoring their thicknesses are important for prescribed burns. Thick layers of litter and duff can make a forest fire worse by making the ground a conduit for fire. Burning this material while it is still thinly deposited lowers the chance of a large wildfire. 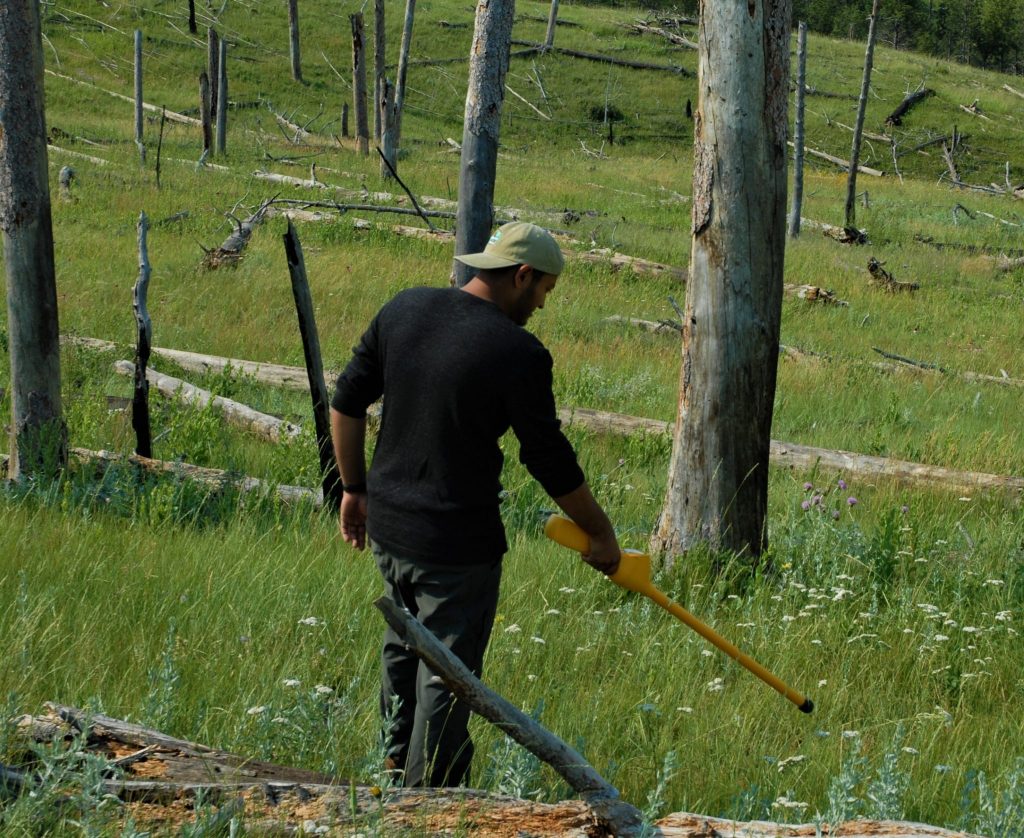