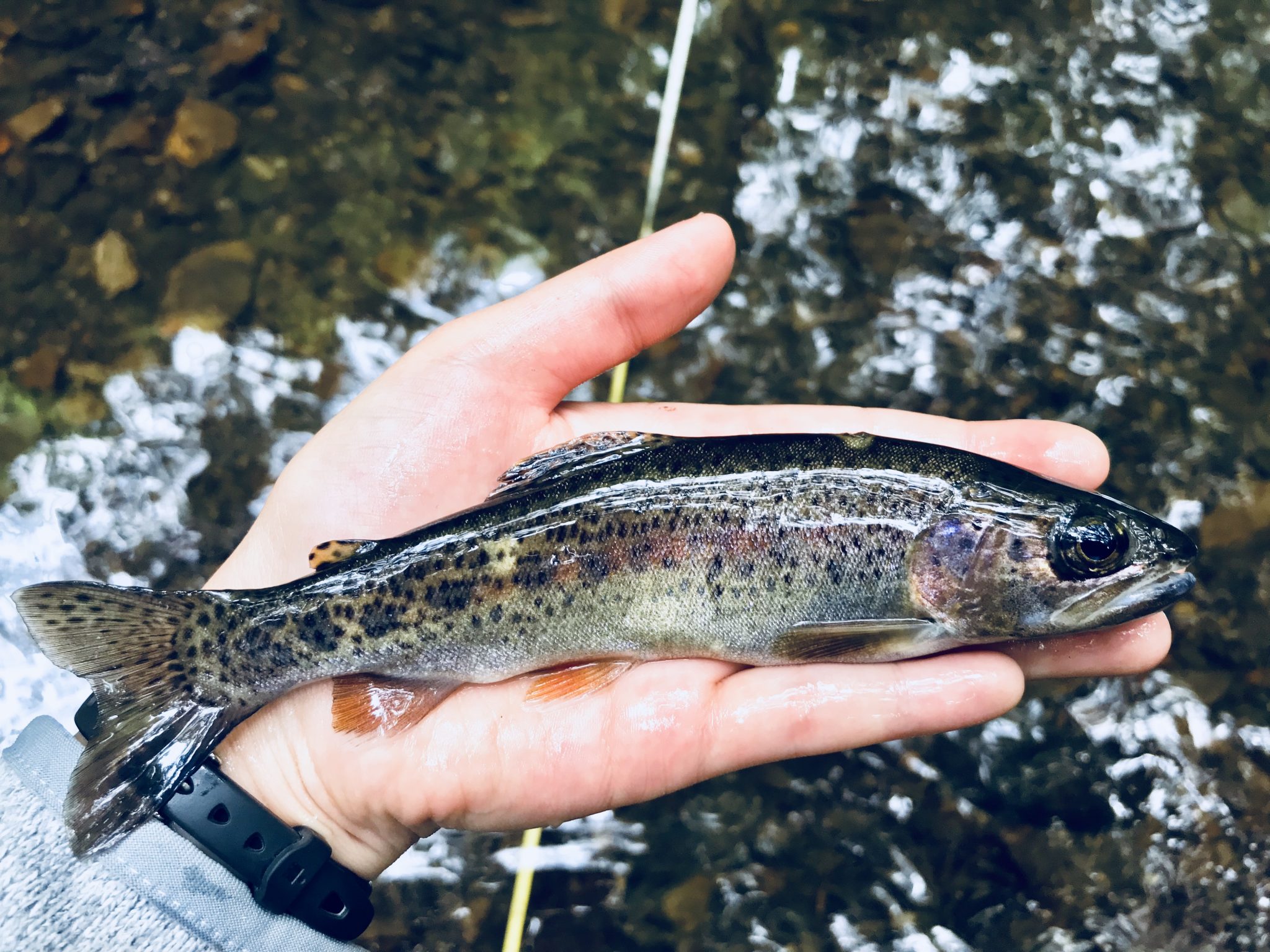 This past week, the fisheries crew and I have been surveying Pine Gulch Creek, a small watershed that runs through Bolinas, CA. To get a better picture of how the environment and fish community structures have changed over time, we’ve been practicing a variety of survey methods: electrofishing (a method I described in detail here), snorkeling, and habitat typing. While out in the field, we’ve come across plenty of fascinating flora (like redwood trees!) and a couple species of fishes that I had yet to see until now: lampreys and steelhead (Oncorhynchus mykiss)! 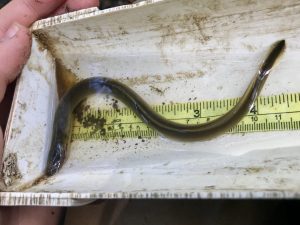 A lamprey – for those of you who don’t know – is a type of parasitic fish that’s considered to be one of the most primitive vertebrates! These primitive fishes (an approximate 46 species in total) belong to the same group as hagfishes, the group Agnatha, or the “jawless fishes”. 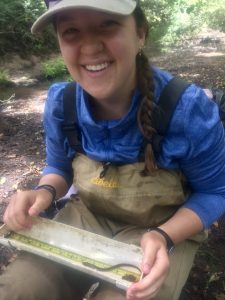 The term “anadromous” means that these fishes start out their life cycle in freshwater systems (like rivers, or creeks) then move to the ocean where they grow big and strong before returning back to freshwater to reproduce! As physically-taxing as it might be to migrate such long distances – not to mention having to adapt from one type of environment to another – there are many benefits to this lifestyle! Namely: living in the ocean allows for greater foraging opportunities (think: lots of prey!) and having babies in freshwater provides shelter for the ammocoetes (a term for larval lamprey).

FUN FACT: Just as some fishes migrate from freshwater to saltwater and back throughout their lifetime, there are some species that do the opposite! The term “catadromy” refers to fishes (i.e. most species of eels) that go from saltwater to fresh and back!

Another type of anadromous fish is steelhead (shown as the featured image at the top of this page)! Steelhead belong to the family Salmonidae, which consists of other salmon and trout. Most of the species within this family are also anadromous, but not all! In fact, some steelhead remain in their natal stream (the stream they were born in) their whole lives, rather than migrating out to saltwater and returning later to spawn. However, if a steelhead stays in freshwater its whole life, it’s instead referred to as a “rainbow trout”! 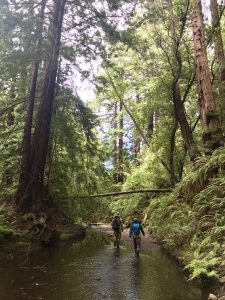 In the coming weeks, I’ll be continuing field surveys out in various locations in Point Reyes, as well as preparing for the end-of-internship conference in Colorado. So stay tuned for updates on my latest ventures as we continue our survey projects! And as always, feel free to reach out with any questions or comments that you might have! Until next time…