Why, it’s an elephant seal, of course!

This past weekend, a couple of fellow National Park Service coworkers and I got together to go tide-pooling along one of the beaches in Point Reyes. We saw all kinds of amazing animals: sea anemones, mussels, crabs, sculpins, and even elephant seals.

Although I consider myself to be a “fish person”, I will readily admit that seeing an elephant seal in-person has definitely been near the top of my bucketlist for the past five years or so. You can imagine my excitement when I finally got to set my eyes on not just one, but nearly a dozen northern elephant seals (Mirounga angustirostris)! (Call me crazy, but there’s just something so appealing to me about seeing their obnoxiously-loud, beautifully-ugly, slug-like, not-so-little bodies firsthand.)

So in honor of this momentous occasion – and to hopefully sway any of you out there that think that these guys are too ugly to love – I put together some fun facts about northern elephant seals and some tips and tricks on how to view them yourself! 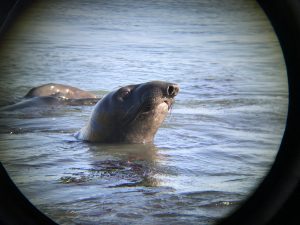 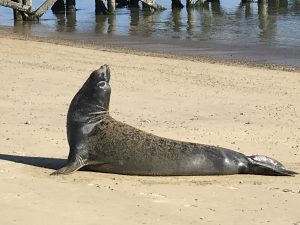 A northern elephant seal posing for a picture; photo by Tara Samuels

WHERE CAN I SEE ELEPHANT SEALS?

Now, you might be thinking to yourself “These guys are so cool! Where can I go to see an elephant seal??” If you’re in the Point Reyes National Seashore area, then the answer is “not far”! While elephant seals only congregate on beaches during certain times of year (e.g. for pupping, molting, etc.), there are plenty of viewing areas around the park for when they’re here! Before you go, however, make sure to read up on what to expect and how to safely view these animals in the wild.

For now, here are some of my tips for viewing elephant seals… 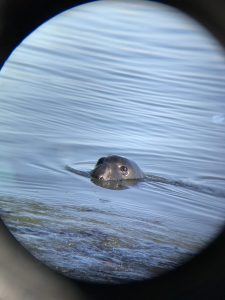 For more information on elephant seals, check out: