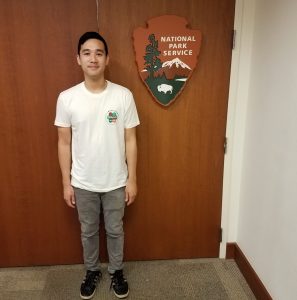 It is now week 6 at the South Florida Caribbean Inventory and Monitoring Network here in South Florida. So just an update on what I have been doing: as I have mentioned before I am working on the colonial nesting bird program which has been running since 2009 at SFCN. Each month photos are collected via helicopter surveys in order to track the status and trends of nesting birds in Biscayne National Park. My work has been focused on utilizing the archive of photos in order to identify and assess nest success.

This process has been challenging due to different angles in photos, photo quality and clarity, and homogeneous environments but I have forged ahead and am nearing completion. I developed a systematic approach to process the photos going through year by year, colony by colony, species by species. For each search I simultaneously have two folders opened up comparing the photos of two adjacent survey months. Once I have identified a unique nest I copy the photos into a newly created folder and write down information about the photos into a spreadsheet to keep track on what I have found. Next is the determine the fate of each nest. The goal is to determine how many nests were able to produce a chick old enough to have fledged.

The second part of my project is still waiting on approval. However, I remain optimistic that it will clear through approvals by the time I leave. The hope is to test out a UAV (drone) to acquire aerial imagery on the colonies. The idea is to program a flight to capture overlapping images of the colonies, stitch together the photos, and produce an orthorectified image. I believe that this has potential to produce more accurate nest counts, and also to be utilized in GIS to more seamlessly track nests through time. UAV for natural resource monitoring is still in its infancy but its potential is great.