Week 7: Something New I Have Learned 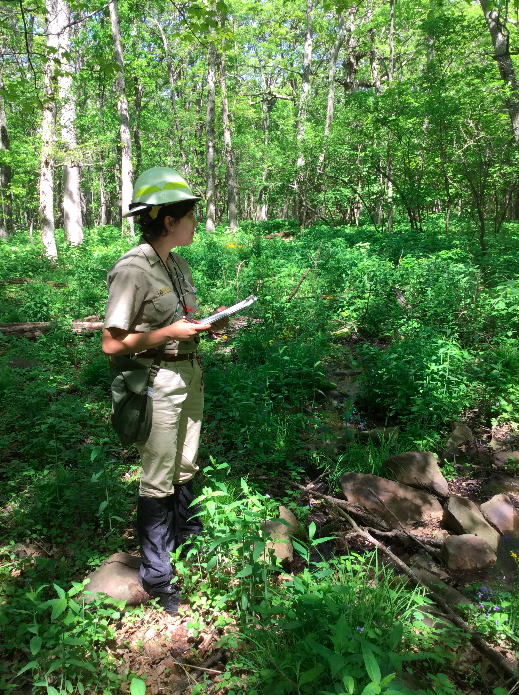 13 Jul Week 7: Something New I Have Learned

Two weeks ago, we began the Big Meadows Sampling in Shenandoah. The Big Meadows is a large open area on the ridgeline of the Blue Ridge Mountains that was cleared by Native Americans. After Europeans settled the area they kept the meadow open through grazing and burning. Now, the parks service keeps the meadow open through a regime of alternate burning and mowing, in order to track to effectiveness of burning a portion of the meadow is sampled every other year.

In order to sample the meadows accurately, 85 , 50m long transects are laid out within the meadow. The end points of each transects are marked with GPS points in order to avoid permanently damaging the meadow. We sampled the Westernmost portion of the meadow this year. For each transect: the end points are located with a GPS unit and flagged. A 50m tape is then run between the two flags in a straight line. At each meter, a laser pointer is shot at the ground and each plant that the laser beam touches is recorded. A team of three people typically do one transect, one person to record data, on person to shoot lasers and one person to count and identify the plants.

I learned how to identify many of the most common plants in the Western portion of the meadow.