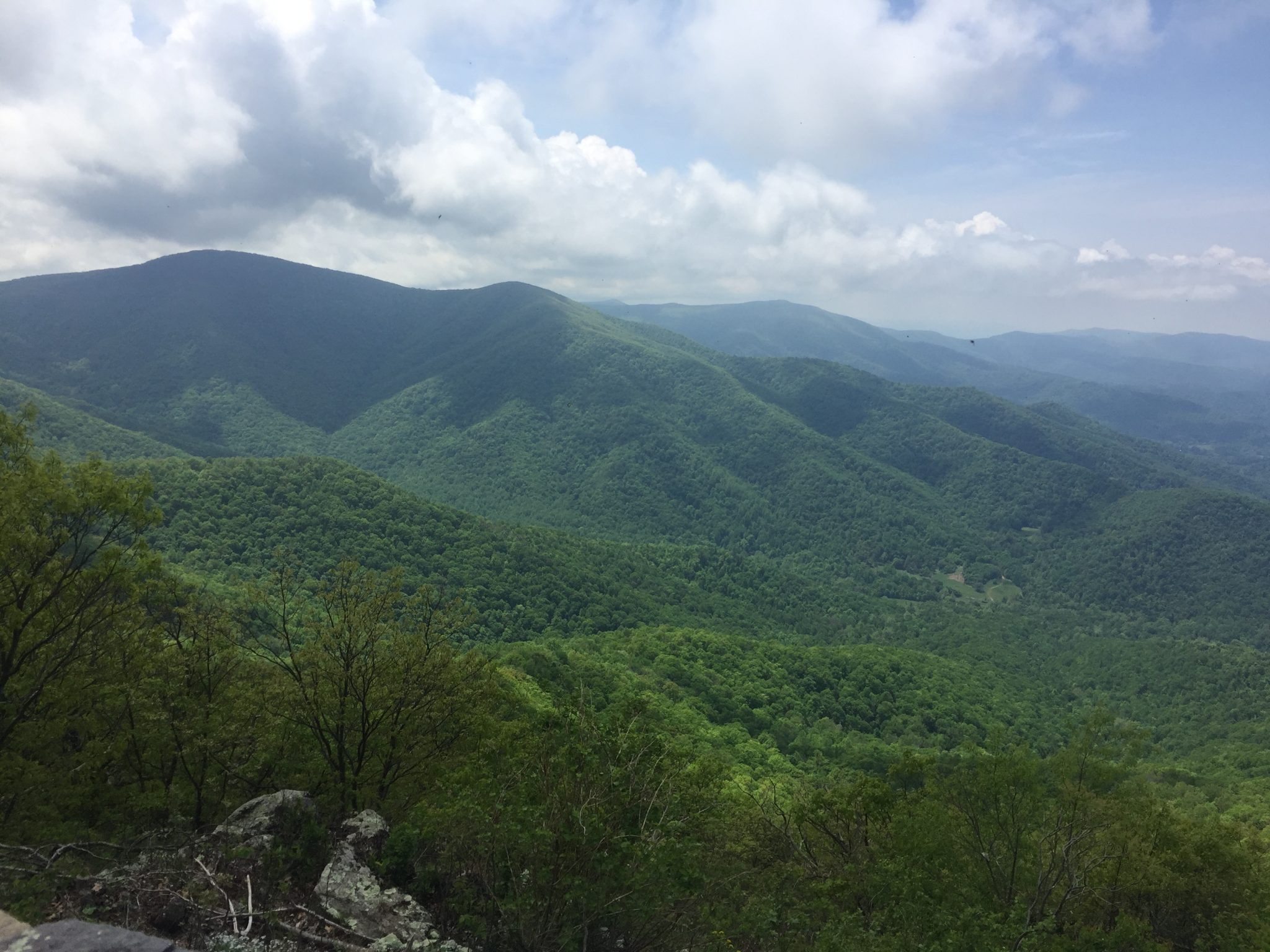 Over the course of the last 12 weeks I have participated in a number of projects for the NPS; however, my primary task has been to conduct field work and write the preliminary report for a study on the effects of deer browse in the Big Meadows Swamp (BMS), a rare wetland ecosystem in Shenandoah National Park.

In 2006, five deer exclosures were erected in the BMS and over the last 4 weeks we have sampled the exclosures in order to understand the effects of deer browse on the rare and woody vegetation. In summary, we found that within the exclosures the woody vegetation gradually increased in height, abundance and diversity; whereas, it stayed relatively similar outside of the exclosures over the last 12 years. We found that the herbaceous rare plant species that the study focused on increased up until 2012, when they decreased significantly, we believe that this is due to the woody vegetation outcompeting and shading out the smaller herbaceous plants. Finally, we found that invasive species had a higher percent cover in the control plot compared to the exclosures, this is likely due to the selectively browsing nature of the deer. In general, deer prefer native species, this lowers the overall diversity and abundance of native species and leave clear areas for invasive plants to colonize.

With the study complete, the park intends to implement new management practices in terms of rare and invasive species in the BMS to be more in line with the findings. The enclosures will be taken down at the end of the season and moved to areas with low rare plant density but high invasive cover in order to both protect rare plants and deter invasive plants. 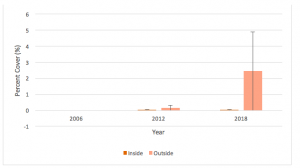 Average percent cover of Microstegium vimineum (MICVIM), an invasive plant; inside versus outside of the exclosures in 2006, 2012 and 2018. 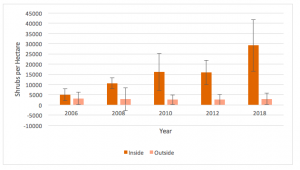 Shrub density measured in number of stems per hectare; inside versus outside of the exclosures from 2006 to 2018. 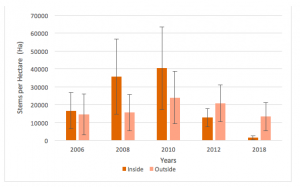 : Average number of Epilobium Leptophyllum (EPILEP), a rare plant, per hectare; inside versus outside of the exclosures from 2006 to 2018.