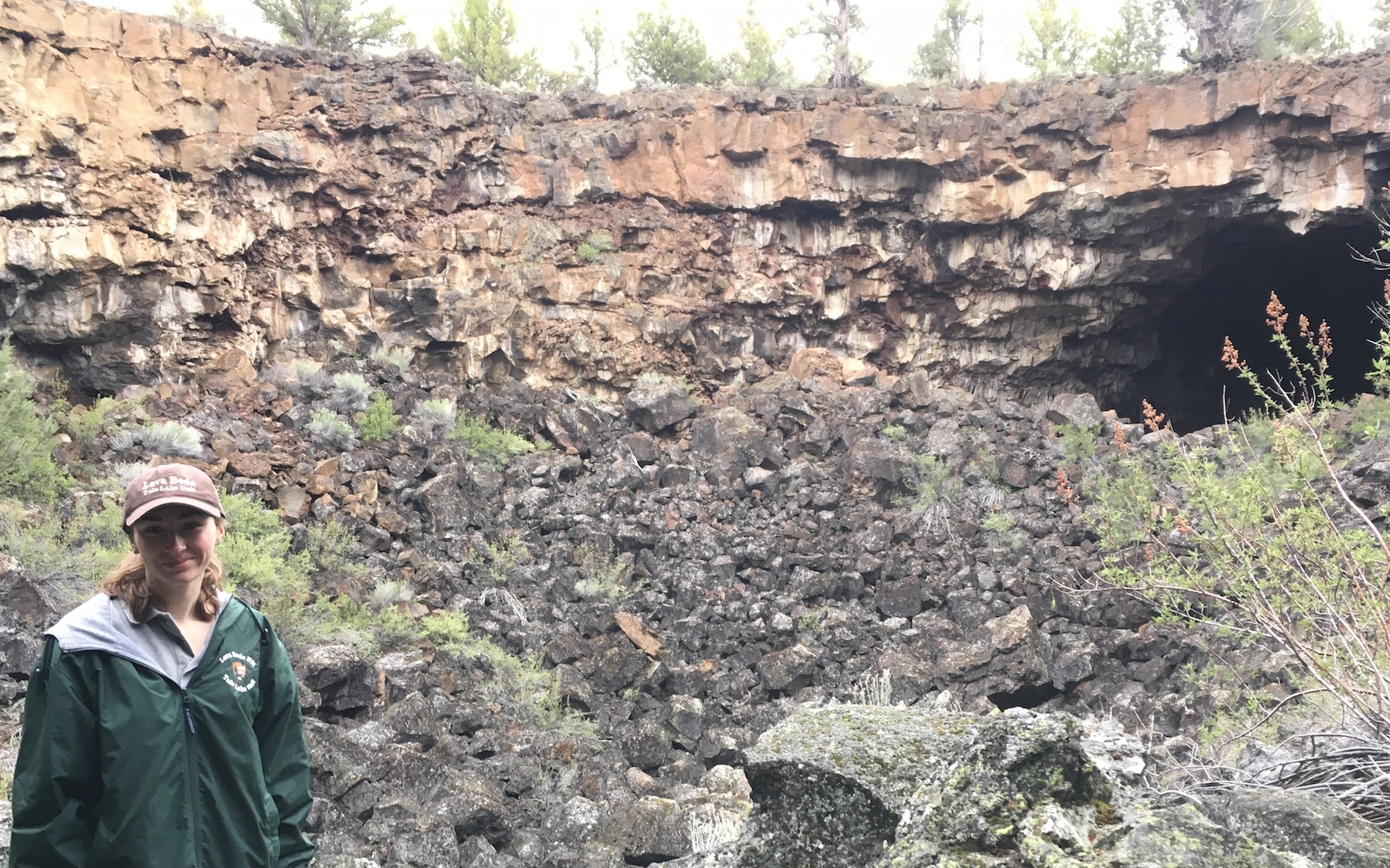 Lava Beds National Monument has over twenty developed caves for visitors to discover, but, if a cave contains bat maternity colonies, then the cave is shut. The caves are shut for the bats’ protection because, like birds, bats are at their most vulnerable when they are caring for their young. If humans continued to explore the caves housing maternity colonies, it could disturb the bats and cause them to abandon their pups. This is especially devastating for bat populations because mothers typically give birth to only a single pup.

This week, we went to Heppe Ice Cave to monitor for bat activity. Although constant monitoring is important to identify where bats are roosting and to calculate population size, it is especially important in warmer months when bats begin forming maternity colonies. If a maternity colony is found in a cave, then it must be shut quickly to protect the mothers and pups. After checking for bat activity, we took a break to hike down into part of the cave.

For fun, we explored the cave and found the pool of partially-frozen water which gives Heppe Ice Cave its name.  Close to one of the cave entrances, there is a pool of water with ice at the bottom. Later in the summer, the ice will melt, and all the water will drain away but, for now, the pool remains. Rocks that have fallen in appear suspended in the pool because they rest between ice and water. The eerie water and partial light give the cave a ghostly feel that makes it perfect for a short, fun hike!