A Brief History of Capulin Volcano

It dawned on me that though this is my fourth week here, I haven’t shared much about the park itself.  In 1890, inspector WD Harland of the General Land Office visited Capulin.  After his visitation, he recommended that the volcano and the surrounding area should be removed from public entry, that is, should not be settled.  He cited Professor Dana of Yale, then the foremost expert on volcanoes, who described Capulin as “the most perfect specimen of extinct volcanoes in North America.”  The Secretary of the Department of the Interior, John Noble agreed, and in 1891, the land was removed from public entry.  In 1916, President Woodrow Wilson issued a Presidential Proclamation under the Antiquities Act to establish Capulin Mountain National Monument, now Capulin Volcano National Monument.

Capulin Volcano is an extinct cinder cone volcano of the dormant Raton-Clayton volcano field of northeastern New Mexico and southeastern Colorado.  A cinder cone volcano is one that only erupts one time, and Capulin erupted somewhere between approximately 50 and 60,000 years ago.  Lava shoots up through the ground, leaving a mound of cinder, such as Capulin.  Lava flowing out of what are called bocas, vents on the side of the volcano at its base, allowed for Capulin to maintain its rim shape at the top and allows visitors to walk down into the volcano today.  The pictures below are of a collapsed lava tube along our Boca Trail, my personal favorite,and of the view inside the volcano. 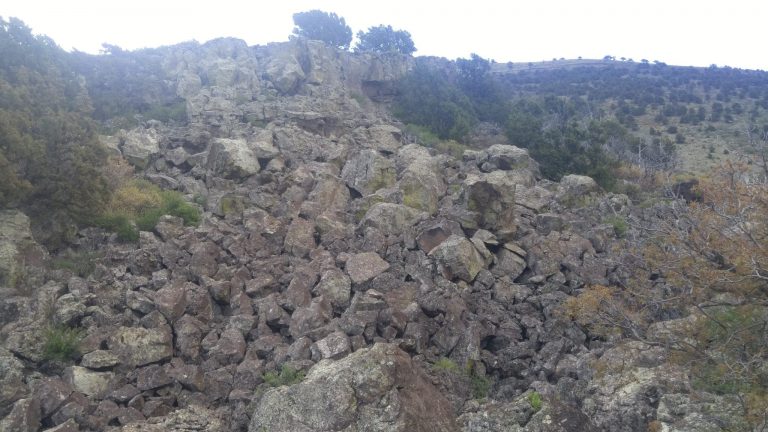 Today, large chunks of cinder can be found all over Capulin Volcano National Monument, and it used to be mined here before its establishment as a park.  This cinder is pumice-like in that it is hard rock with cavities and networks inside of it, in the case of cinder due to gas.  Capulin is also very rare among cinder cone volcanoes because of its immense vegetation.  One can find other cinder cone volcanoes in the area, but they are barren.

This vegetation provides habitat for a preponderance of wildlife, including a small mammal I was lucky enough to see! Before I came out here, I read about the wildlife in the area and resigned myself to not seeing this critter because they’re rather elusive.  Even if one does stumble upon one, they’re best avoided. 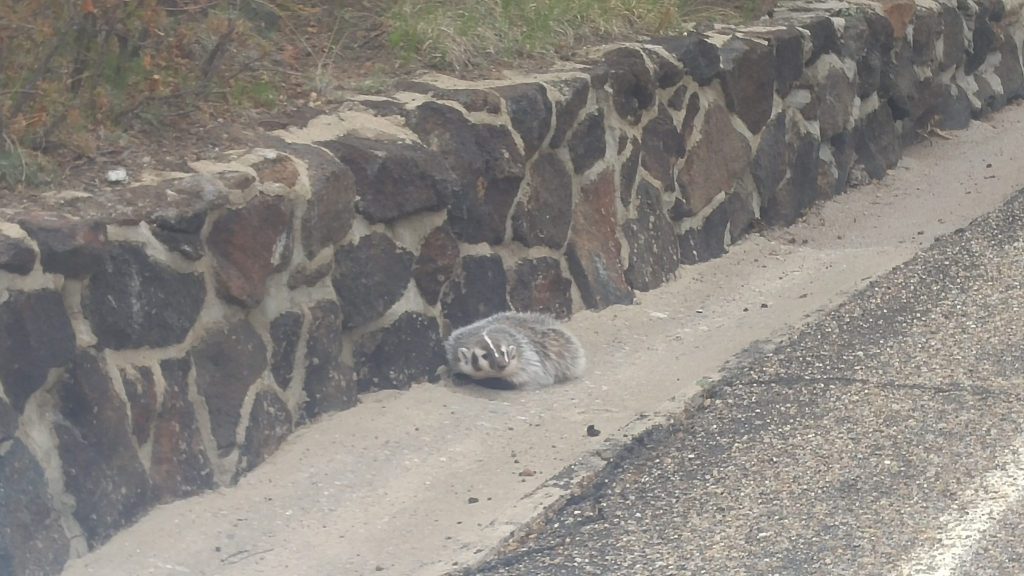 But this young badger was spotted on the side of the road going up the volcano with its mother and sibling.  The mother took off up the hill, holding this one’s sibling in her mouth, leaving this one behind.  After a little while of allowing the public to look at this adorable little badger on their way up the volcano, maintenance came by with a shovel (this has a happy ending), scooped it up, and put it on the other side of the wall, where it scampered up the hill a few yards before being grabbed by its mother.  I would not want to be the one to scoop a badger, but I’m glad it turned out okay and that I was fortunate enough to get to see this little fella.