A Phenomenal Profile of the Prince of Prairie Plants 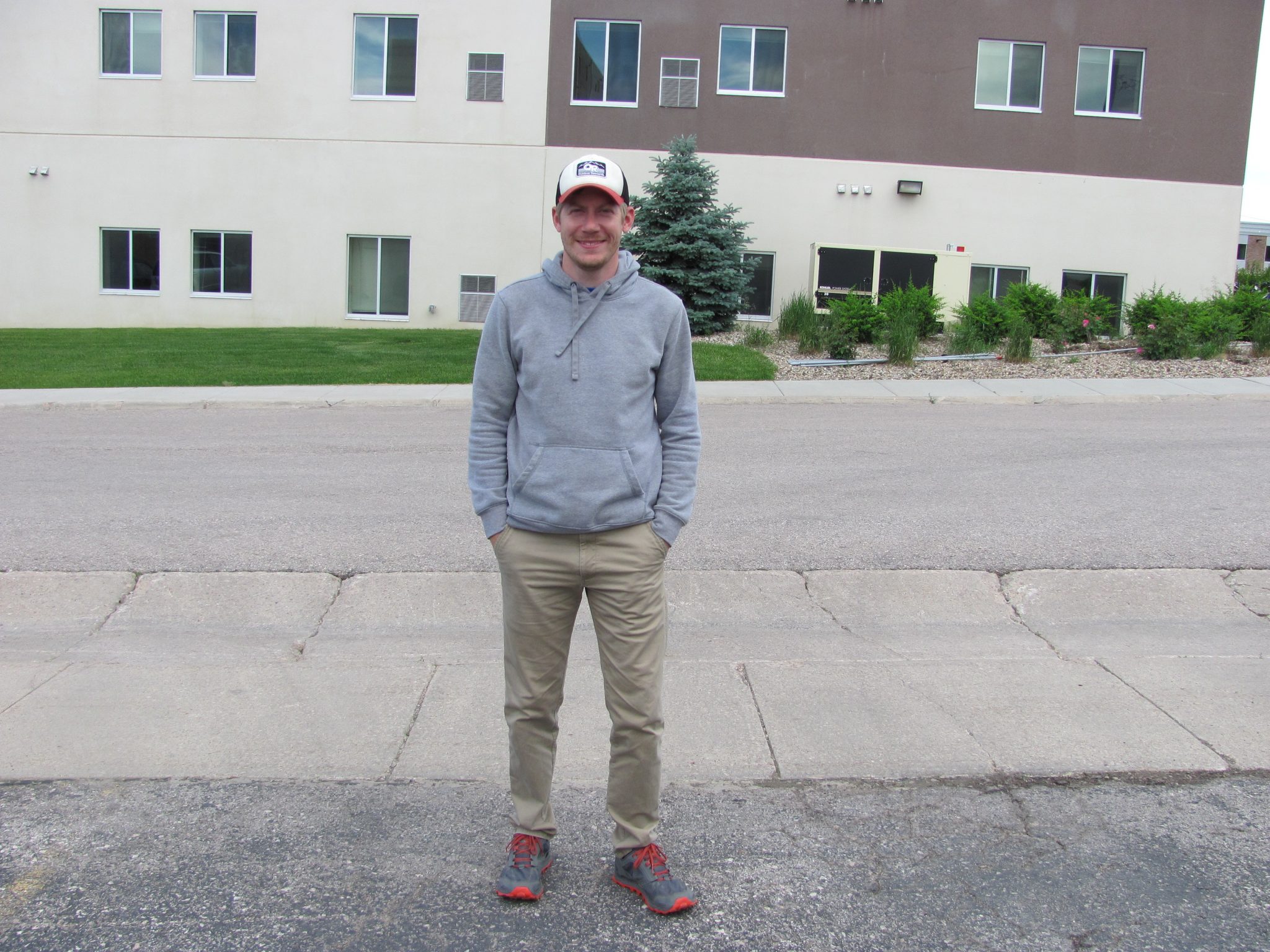 28 Jun A Phenomenal Profile of the Prince of Prairie Plants

Chris Davis is from Scranton, Pennsylvania. He received his bachelor’s degree in biology from Arizona State University. He then went to graduate school at Colorado State University and got a masters in Ecology with a focus on exotic plant management. While attending his graduate school he got to work with Rocky Mountain National Park.

Chris always had a natural liking towards plants, animals and being outdoors but it wasn’t until he attended Arizona State University where living in the desert sparked his passion for the outdoors and that he knew he wanted to work outdoors. Chris’ thoughts about the desert before he moved there was as he described as “very Hollywood vision of the desert with everything being just sand and tumbleweeds”. It was not until he started to live in the desert where he started to notice the incredibly diverse ecology there and the resiliency of the plants to thrive in such a harsh environment, and making it through long dry spells and survive to the monsoon season. At Arizona he left behind the “in your face” ecosystems of the east coast to a more subtle ecosystem.

Chris decided to go to graduate school where he got to participate in the student temporary employment program which introduced him to park service work. This work was funded by the park service and Colorado State University, with a goal to create a cooperative ecological study, establish an effective plant management plan, and to start a good data set. They also wanted to encourage government careers and advancement in new students. Chris Davis was the guy for the job. They funded his education while also giving him a seasonal job during the summers. This opportunity set up Chris’ career within the National Park Service, which as a child, wasn’t originally his dream job.

A younger Chris Davis did not expect to have the career he has today, although he always thought he would have a science-based job. During his youth, marine biologists and wildlife biologists were the hot shot scientists of the world. Not the humble botanist. As Chris grew older he started to see himself joining the medical field as a general practitioner or a surgeon. It had not crossed his mind to be a plant scientist for the Park Service but now he cannot see himself doing anything else.

During his time working at Rocky Mountain National Park Chris made many memories. One of his favorites was during his fourth year. In 2013 large floods destroyed trails in the subalpine area of Rocky Mountain National Park. The Park required extensive trail reroutes. A new position was created to monitor and locate rare and threatened plants along the proposed trail routes. There was only one man for the job, Chris Davis. Chris enjoyed the naturalist approach, hiking the sub alpine ecosystem which always called his name looking for rare species of plants. During the work Chris got to interact with different work groups than in the past, such as facilities. It was very educational for him since resources divisions mostly focuses on resource conservation whereas facilities largely focuses on providing the public access to the resources.

After years of working at Rocky Mountain National Park Chris Found himself preparing to move to South Dakota to work for the Northern Great Plains Inventory and Monitoring Network. His initial perception of the Great Plains was like most. Picturing mostly cattle, agriculture and monotonous grasses. Soon he learned that the Great Plains held so much more. Chris quickly made himself at home and started to take a liking to the grasses and forbs of the Great Plains which he called the bread and butter of the plains. Plants such as the Boutelouas, Breadroots, and Scurfpeas. He also noted he did not share the same affection for all the plants he works with. Plants like western wheatgrass that liked to poke and scratch him during field days, and early season plants that gave him allergies.

His favorite place in the Great Plains is the Black Hills that encapsulate almost everything the Plains had to offer. Black Hills is home to Wind Cave National Park which in his eyes is a perfect example of two ecosystems converging. Wind Cave has the grasslands of the prairie along with the Ponderosa Pine forests of the Black Hills. Chris enjoys the convergence of ecosystems as they hold such amazing diversity. But for all his favorite places there are places he dislikes; mostly highly impacted and poorly functioning ecosystems.

He now holds great respect for the Great Plains ecosystems. He sees it as a very “rough and tumble ecosystem” that can tolerate large amounts of abuse and survive. Ecosystems that endure intense heat in the summer and bitter cold in the winter, very wet years and bone dry years as well. Much like the desert that sparked his passion for the outdoors years ago, the Great Plains holds the same subtle beauty to him. He feels the vastness of the prairie that makes him seem small and is a canvas for his philosophical thoughts. He takes time to slow down and appreciate the Plains ecosystems as well as the people and cultures that grow from the plains not unlike the plants he studies. Native American culture he might not have heard before but now believes deserves to be heard.

At the time of this writing Chris is preparing to move to New Mexico to lead an exotic plant management team. He has been wanted to do a job like this where he can use data collected by similar teams he been working for but then apply it to make management decisions. He did a detail for Devil’s Tower National Monument as Chief of Resources and enjoyed the experience immensely. He told me that in the coming years he would like to be the biologist or Chief of Resources at a midsized park. Chris has enjoyed working for both regional park divisions as well as individual park units, and sees benefits in both experiences.

Before Chris leaves he gave me valuable advice for my career which has just begun two months ago. He told me to not be afraid to be geographically mobile when looking for a job, and to not do myself a disservice by limiting the area where I am willing to work. He told me to embrace living far from home in park housing as a good thing, and to chase great experiences. He said don’t be afraid to say I do not know and to never hesitate to ask for help. Asking for training and to take every chance I can to broaden my skills, while also gaining more perspective will help me go far. He told me about the value of being someone people want to work with and how far that will take me in my journey as an NPS employee.