A Warm Welcome to Skagway – Literally 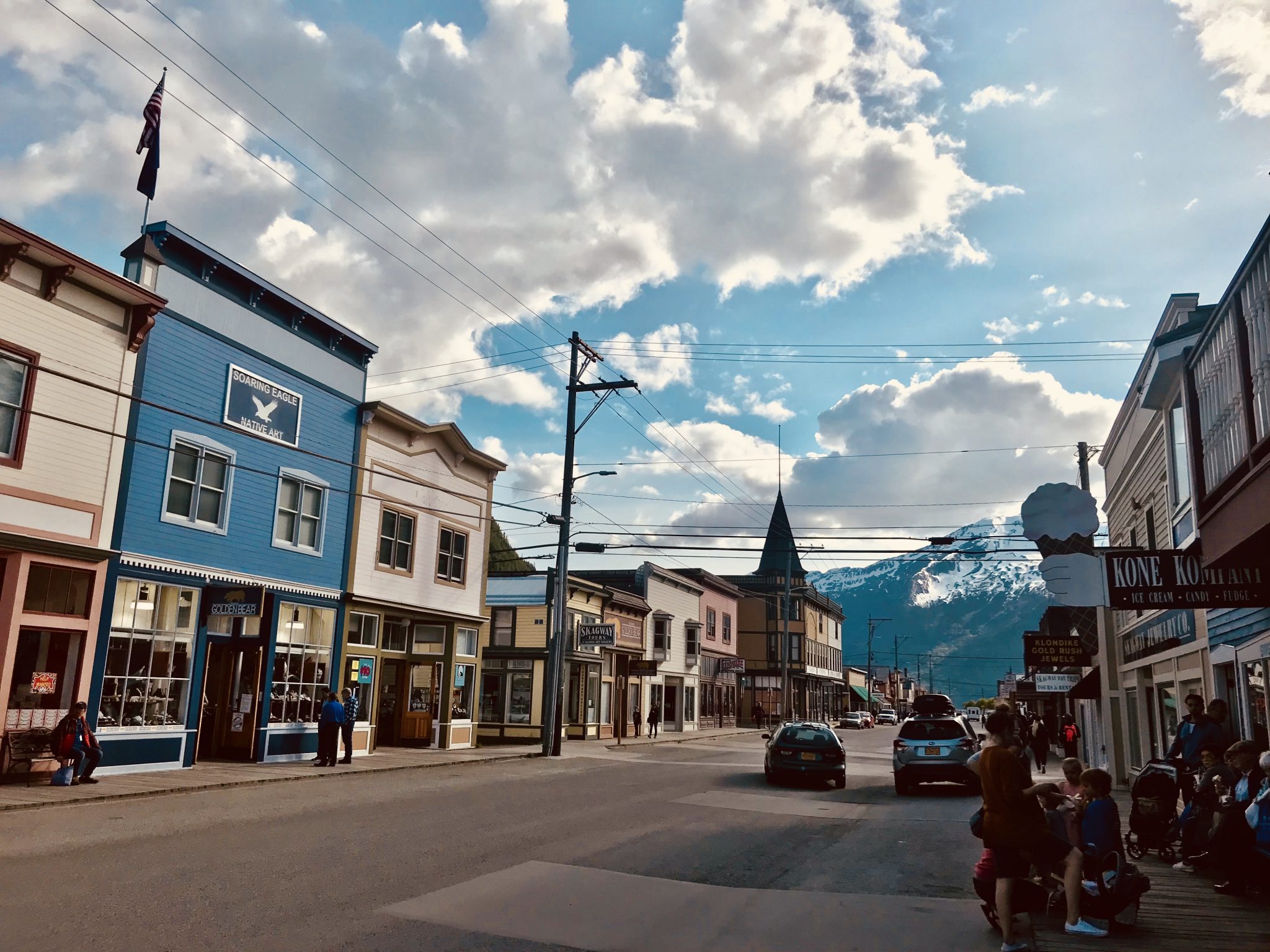 Time feels like it’s been passing so quickly, I can hardly believe that I’ve already been in this beautiful town for a couple weeks. Time flies when you’re having fun, I suppose!

My arrival to Skagway, though naturally tiring given the length of travel, was an adventure in and of itself. After catching a flight from Seattle to Juneau, I boarded a smaller plane (seating only 5, including the pilot!) for a quick 45-minute flight to the city of Skagway. Anticipating the stereotypical SE Alaskan weather (re: cold and rainy), I was pleasantly surprised with a literal “warm welcome”: sunny, blue skies and temperatures in the mid to high sixties (Fahrenheit).

For those of you who haven’t had the opportunity to visit Skagway, this remote city is found within the Inside Passage of southeast Alaska, nestled between lush, green forests and snowy mountains. Compared to my native city of Seattle, Skagway is incredibly small – the central area extending only 5 streets wide by 23 streets long. The locals are friendly, the scenery is amazing, and the city’s historic downtown (as well as areas outside of the city limits) is operated in part by Klondike Gold Rush National Historical Park (AKA: the reason I’m here!).

My first week of work was a bit of a whirlwind, but overall a complete success! My time was spent touring Park Service buildings, exploring downtown, attending numerous trainings (including bear safety and awareness – which is very important in this area!), and jumping right into the fieldwork season. Within my first few days I was already conducting fieldwork for Coastal Bird Monitoring and Plant Phenology surveys, as well as assisting with the Park’s Archeology Erosion Monitoring project! Plus, I had the opportunity to help out with an archival project at the Park Museum’s cultural collection. So I’m happy to say I’ve been pretty busy!

Next week, I’ll be posting more about this park, including a brief history of the Klondike Goldrush! If you have any questions at all, make sure to comment below and I’ll do my best to either address them in the following blog posts or message you directly.

To tie you over until my next post, here are some fun facts about Alaska, followed by some pictures of Skagway and the surrounding area!

Pictures from around town (click to make them bigger!):