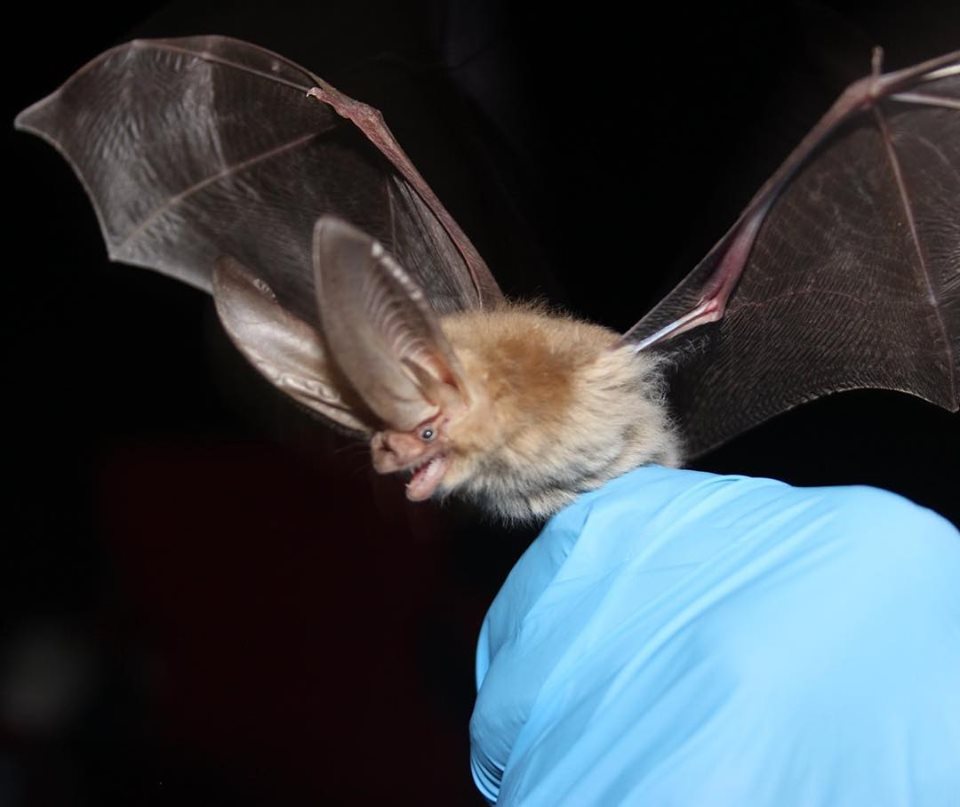 Since I started the internship, I haven’t stopped learning about other scientific fields different from my own. For example, I learned to work with bats. I did bat netting in the Southeast Arizona Group (SEAZ). The purpose is to study the population present in the three Parks before the monsoon season and to check if the bats have White Nose Syndrome (WNS). The lead investigator for this work is Karen Krebbs, who is a conservation biologist that has studied bats in these Parks for twenty years. Jessica Garcia, the physical scientist of these Parks, and Helen Fitting, a biologist at CHIRI, always help Karen with the bat netting. Only the three of them handle the bats since they are the only ones with pre-exposure rabies shots.

The other interns and I go weekly to the field to assist them to set up the bat nets before sunset. Then we record the coordinates and the elevation with the GPS, the current moon cycle, and each hour we collect information about the weather, such as general condition, temperature, wind, humidity and dew point. When a bat is caught, it is put in a cotton bag and brought over to the work site. Karen, Jessica or Helen identify the species, the gender, weight, length of wings, and some other notes such as if it’s pregnant, lactating, or wounded, etc.

The largest number of bats are always at CHIRI because there is more water present. We usually catch around twenty-five bats in one night. At CORO we catch around ten or more bats a night. At FOBO, since there is little water present, only two bats were captured, even though we observed a lot of bats flying around during the night.

I learned from Karen Krebbs that until now the population of bats in Arizona is healthy and they don’t have WNS, although it is spreading rapidly throughout the US and has killed more than ~6.7 million bats around the nation since 2006.