Last week was a lot of fun because the park hosted a great event called Dinosaur Day. It is hosted on June 6 in memory of the discovery of the oldest dinosaur ever found in the park; Chindesaurus bryansmalli “Gertie”. This fossil was found in June 6, 1985, and it became in international event that was broadcasted by the media all across the southwestern United States. This was the 33rd anniversary of “Gerties” airlift out of the park. We remember this event by showing movies along with directing fun activities for kids to see the different types of dinosaurs and reptiles that lived in the park.

My activity composed of showing people the footprint of a Triceratops (which is not found in the park) that lived 60 millions years ago compared to one of a Coelophysis that is 200 million years old (that is  found in the park).  The size different is enormous and it allows kids to see the difference in evolution between these dinosaurs. Along with doing providing information about the dinosaurs in the park, I also learned how to print stickers which I distributed to the public, so that they could keep an actual footprint of the Coelophysis. This was a great activity that involved everyone in the community and had a very big turnout.

The following Monday was an interesting day since I led a group of high school student working in the park as part of the Arizona Young Conservation Corps. I taught some of the students about the geology of the park. I explained the different colors in the Chinle Formation which create colors of all kind which are all attributed to the water table during the Triassic period (200 Million year ago). They were a great group of kids all interested in the park that also cannot wait to work in the outdoors. I am glad to be working with them for the rest of the summer. 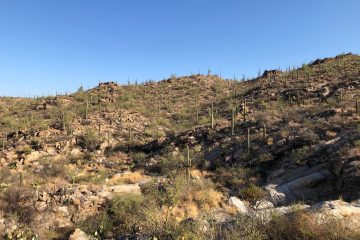 Unearthing Creature Adventures In the Desert

I have found many animals from being outside at Saguaro National Park. My job is to find butterflies and photograph them so we can identify the species, however, I like all the creatures. Even today Read more…

Saguaros, Butterflies, and Days Out in The Sonoran Desert

There is no place quite like Saguaro National Park, with cacti forests, riparian areas, and mountains. It can be sometimes overlooked as a dry desert with a lot of sharp plants; however, they are known Read more… 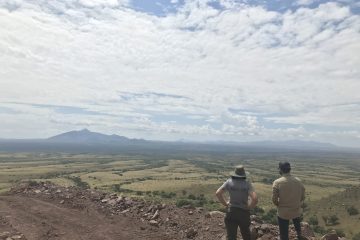 A Trio of Parks