New Supe for You 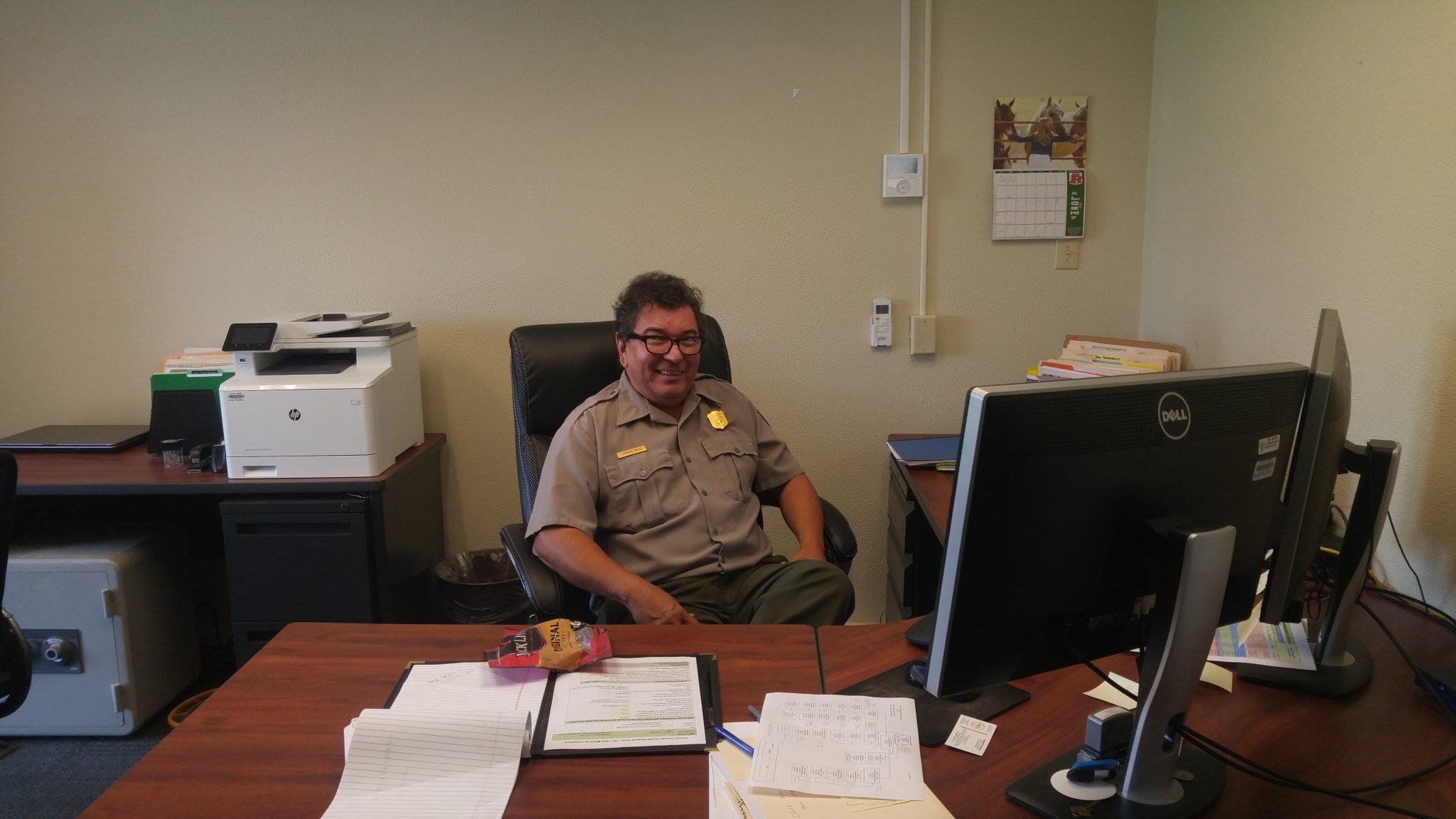 The staff at Capulin Volcano is thrilled as our acting superintendent, Fermin Salas, has arrived on-site. Fermin has a lot of great ideas for the park and has been a very warm addition to the group so far.  I conducted an interview with him about his experience, mentoring, and his vision for Capulin Volcano.  Fermin was inspired to be a park ranger after his school won a contest in his junior year of high school that allowed his class and him to take a trip to Yosemite National Park.  He said he was hooked after that experience and began working towards being a park ranger.  After graduating with a degree in history from the University of California Berkeley, he began his career in the NPS at Yosemite.  Since then, he has worked across much of the Southwest, Hawaii, and the Virgin Islands in interpretation, as a curator, and in law enforcement, much of that time in the NPS.  He came from Pipe Spring National Monument.

As for his vision for Capulin, Fermin’s primary goal is to make it more accessible to the public, especially the local area.  Currently, Capulin Volcano closes pretty early at 4:30 PM.  Fermin hopes to keep our gates open and the park will soon start going onto a summer schedule, which many parks do.  He also hopes to have more programs through the summer.

Last year, Fermin won an award for his mentorship and he is very enthusiastic about helping people really get their footing in the NPS.  Listen to our full conversation below  for more insights and Fermin’s thoughts on what he thinks is important for people starting off in the NPS.