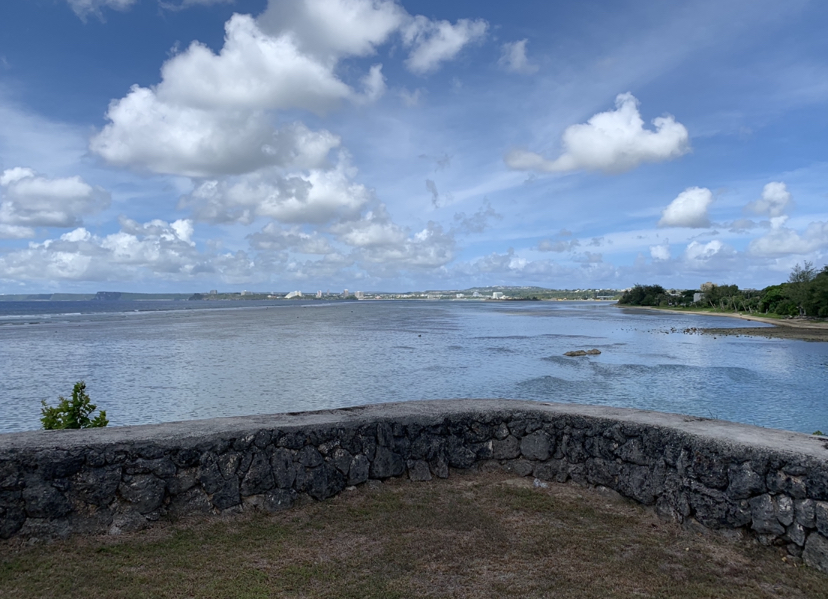 As one of the partners of Underwater World, the War in the Pacific park had an interactive booth on World Oceans Day. Josh, a summer intern under the PIPES program, and I were tasked to show visitors at the aquarium how to make an origami fish and show a video on Guam’s reefs using virtual reality headsets.

During my free time leading up to World Oceans Day, I learned how to fold the yellow-crowned butterflyfish. It was a little confusing at first, but I eventually got the hang of it. The Yellow-crowned butterflyfish is endemic to Guam and the Northern Marianas Islands. Its scientific name is Chaetodon flavocoronatus. This fish can be seen either swimming in pairs or alone at depths ranging from 30 meters to about 75 meters. According to the International Union for Conservation of Nature, this fish is of least concern.

After setting up the activities, I started to get nervous at first, but the nerves started to fade after the first wave of visitors passed through. Josh and I were able to fold fish so that in case some visitors did not want to fold the fish, they could just take one. Only a couple kids sat down to attempt making the fish. However, I was able to tell when they had lost interest. I would quickly help them finish, see the look of relief on their face, and send them off with a completed fish.

I remember coming to Underwater World on various field trips and always being amazed seeing the different marine life. Coming here is one of the reasons why I want to work in this field and help restore degraded ecosystems. 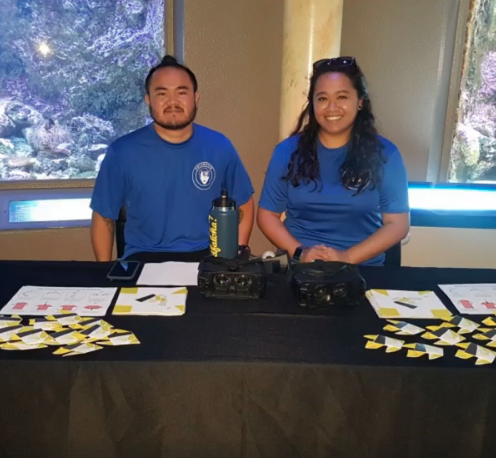 The event coordinator took this picture of Josh and I at Underwater World. We were so busy we forgot to take another picture!

Last week, Josh and I helped out with the Guahan Heritage Academy, a summer camp hosted by the War in the Pacific National Historical Park and Pacific Historical Parks. We helped out with a tour of the Governor’s Office in Adelup. After the tour, there was a scavenger hunt around the complex. The scavenger hunt was based on the history of Guam, which the campers learned about earlier in the week. Josh and I worked with Kaleb, Kia, and Sara who are the Youth Conservation Corps interns for this summer.

Kaleb was the one who checked the answers to the scavenger hunt questions, leaving the four of us to be divided into two teams. My team decided to divide into two smaller groups to split up the questions. We were on a time constraint and it was a hot day so it worked out perfectly.

I had a funny group of campers! They enjoyed the picture questions that required recreating the different monuments. Even though there was a lot of running around and laughing, they knew their history. We had a slight setback when we struggled to answer two of the questions correctly. In the end, it was my team that pulled through and won the game!