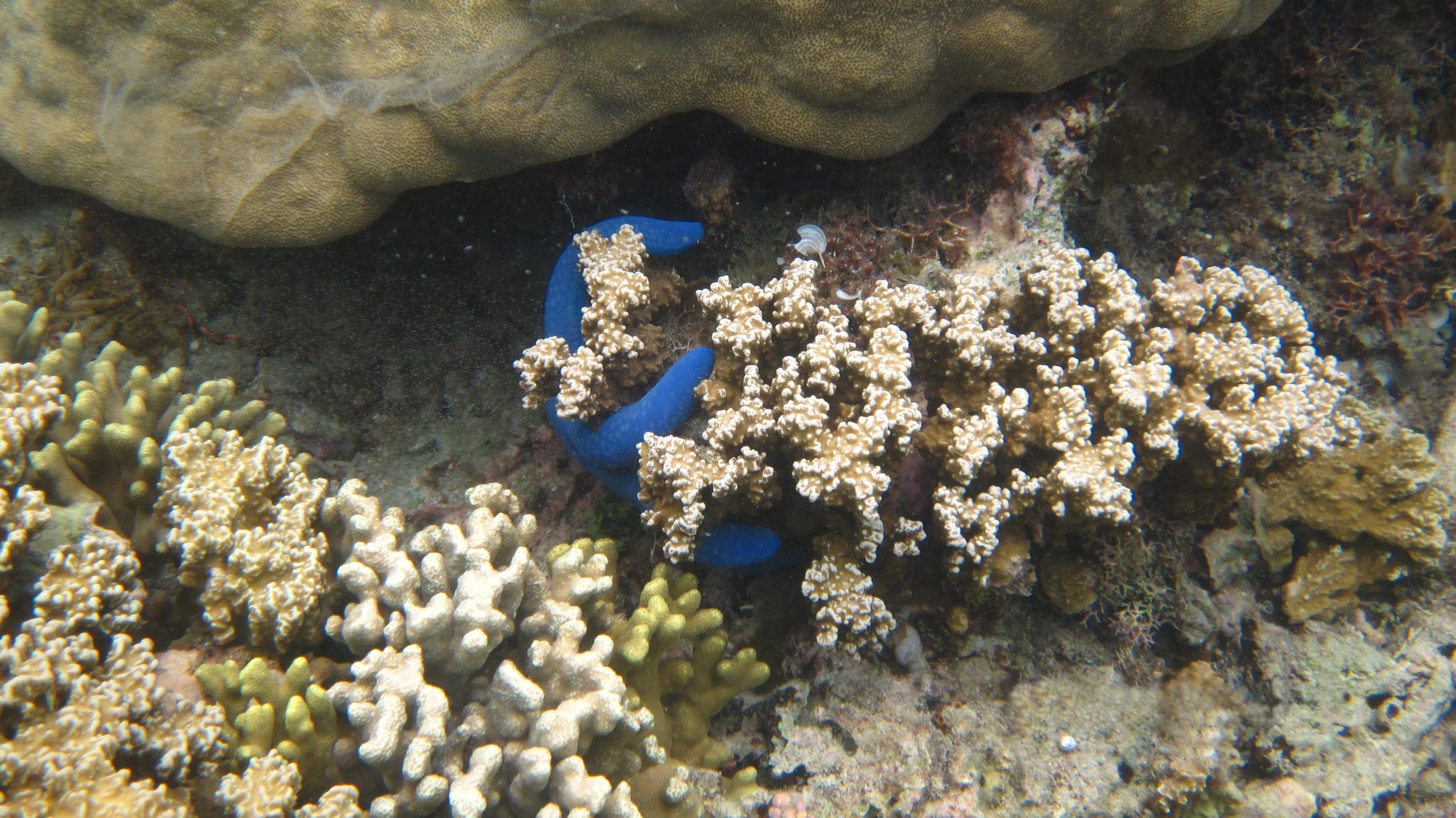 For the past two weeks, I have been tasked to do background research on Guam’s coral reefs and start preparing a draft on a poster that will be used for future outreach events. In addition, I had the opportunity to help my mentor out in the field to conduct surveys on the reef located in the Asan Bach unit. It felt great to be back in the water.

I have a possible research topic in mind. However, I still need to conduct more research and finalize a proposal to present to my mentor. As of right now, my project will focus on the effects of recreational activity on the health of coral reefs located inside marine preserves. The sites that I am looking to focus on are Tumon Bay and the Asan Beach Unit. I will be using the methods used by Coral Watch, which is a not-for-profit citizen science program that is based out of the University of Queensland. This program provides a database of coral health from around the world and has a few methodologies in collecting data. I will be using the transect survey method, which consists of laying out a transect and recording my findings.

After choosing a location, I will be laying out a 20 meter transect and swimming the length of the transect using the provided coral health chart to analyze the corals within the transect. This chart contains color schemes that corresponds to the zooxanthellae living in the coral, which are indicators on whether a coral is healthy, paling, or bleaching. I will be repeating this process to have at least five transect surveys to analyze.

Once I finish collecting my data, I will be comparing this year’s and data previously collected in the focus site. In addition, I will be drawing conclusions between the two focus sites comparing current and previous surveys.

Here are some pictures that I took of some coral!