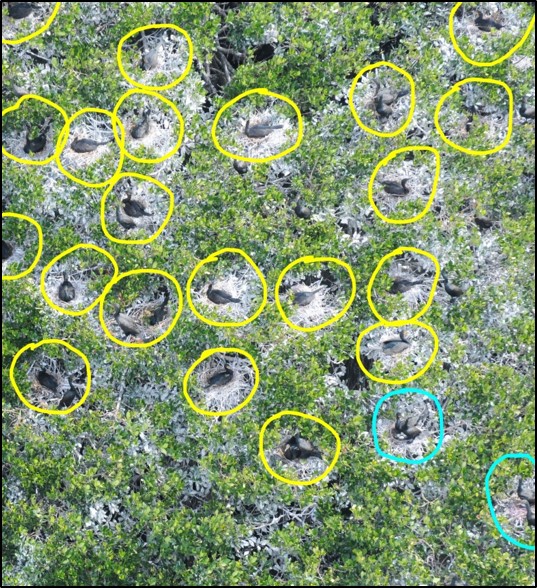 One of the Vital Signs monitored by the SFCN that I mentioned last week are Colonial Waterbirds. Birds have been a staple of Everglades ecosystem monitoring since long before our national parks were even established. In the late 1800’s, millions of birds per year were killed for the use of their feathers in the fashion industry. The first National Wildlife Refuge was established by President Theodore Roosevelt in Florida in 1903 to help protect Florida’s birds from hunting and other threats. Everglades National Park, established in 1947, was the first national park to be recognized for its biological resources, not just the geologic resources of the parks that came before it.

Today, the value of wading birds is codified in legislation, most notably, the Comprehensive Everglades Restoration Plan (CERP) passed in 2000 as an $8 billion federal-state partnership to restore the damage done to the Everglades ecosystem for the benefit of both wildlife and people. CERP’s wading bird goals include increasing breeding bird populations back to historic levels, enticing them back to more coastal breeding grounds, and restoring the community composition of tactile vs. visual foragers.

As part of this goal, the SFCN has been taking monthly aerial photographs of breeding waterbird colonies in Biscayne National Park over the last ten years. They have found that the vast majority (>90%) of the breeding birds they’re seeing in this park are Double-crested Cormorants (Phalacrocorax auritus) which move between nine different mangrove islands from month to month and from year to year. Why do they choose certain islands to breed and not others? Why does the peak of nesting happen early in some years and late in others? Why do some years seem to have one peak and others two or three? Are there environmental variables (salinity, primary production, etc) that can predict favorable breeding conditions for these birds? These and many other questions are what I’ve been tasked to answer this summer.