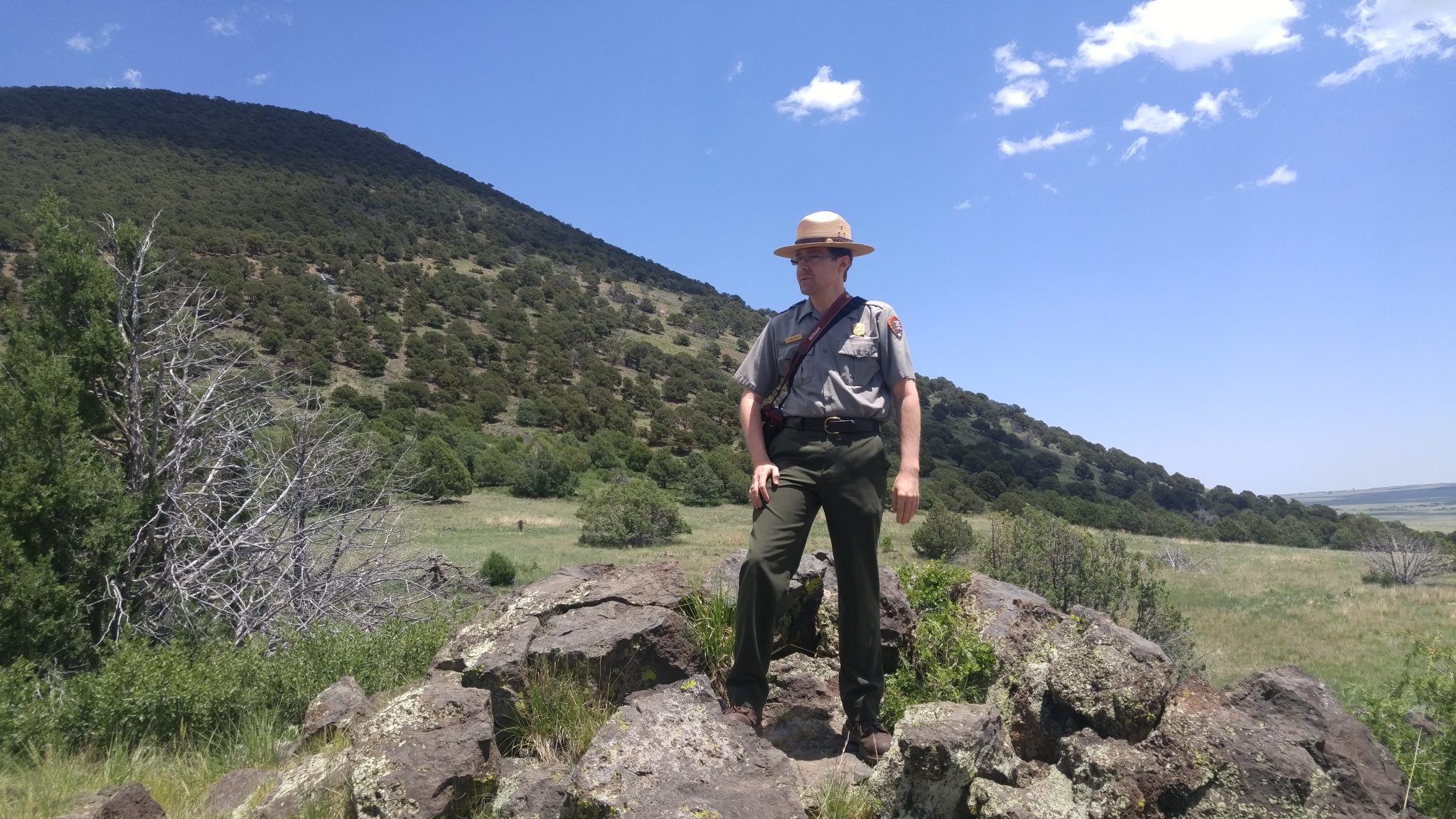 A common issue all over the world is invasive species.  Capulin Volcano is no exception.  The natural resource crew is currently working on a project to restore the native grassland to a more pristine state.  As it is, much of the grassland is dominated by an invasive species commonly called cheatgrass.  The issue with cheatgrass (aside from its homogenization of the area) is that it is very low in nutrients starting early in the season.  This keeps animals like elk, mule deer, and pronghorn antelope away from such areas of the park.  Many ranches in the area, where grazing from cows is common, do not have the same issues with cheatgrass because they keep it down, allowing for native grasses to grow.

What is the resources crew doing about this issue?  I’m helping them to prepare about 4000 trays of native grass sod, including side oats grama, blue grama, little blue stem, big blue stem, and western wheat.  These trays will be cultivated in a specific growing area using reclaimed water from our living area before being planted in desired areas around the volcano.  While it is a long-term project, we hope that its long-term success will draw in even more wildlife like those mentioned above.

Finally, it’s getting to be our heavy visiting season.  Once that starts to really get going, resources will be posted just outside the visitors’ center catching hummingbirds to educate the public about our project tracking their migration phenology.  The interpretive staff is also really beginning their public programming in earnest, and today was our first ranger hike.  Ranger Dave gave a great geology walk.  Below, he is pictured atop a mound of cinder rubble explaining the different types of volcanoes, including the Sierra Grande in the distance.  New Mexico is actually home to the most volcanoes in the US, many of which are in our volcanic field. 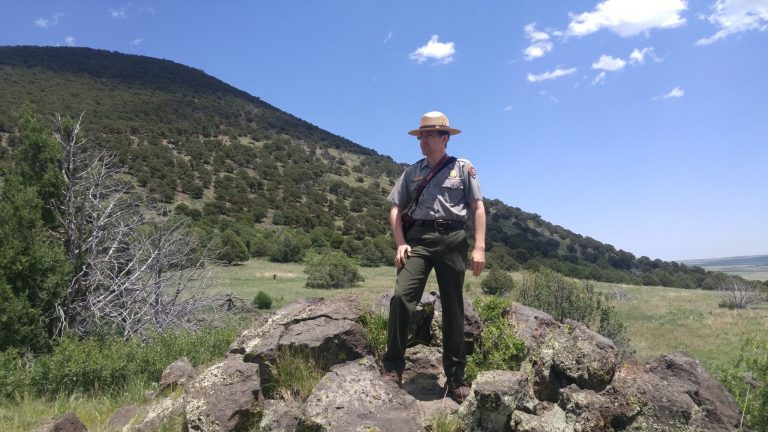