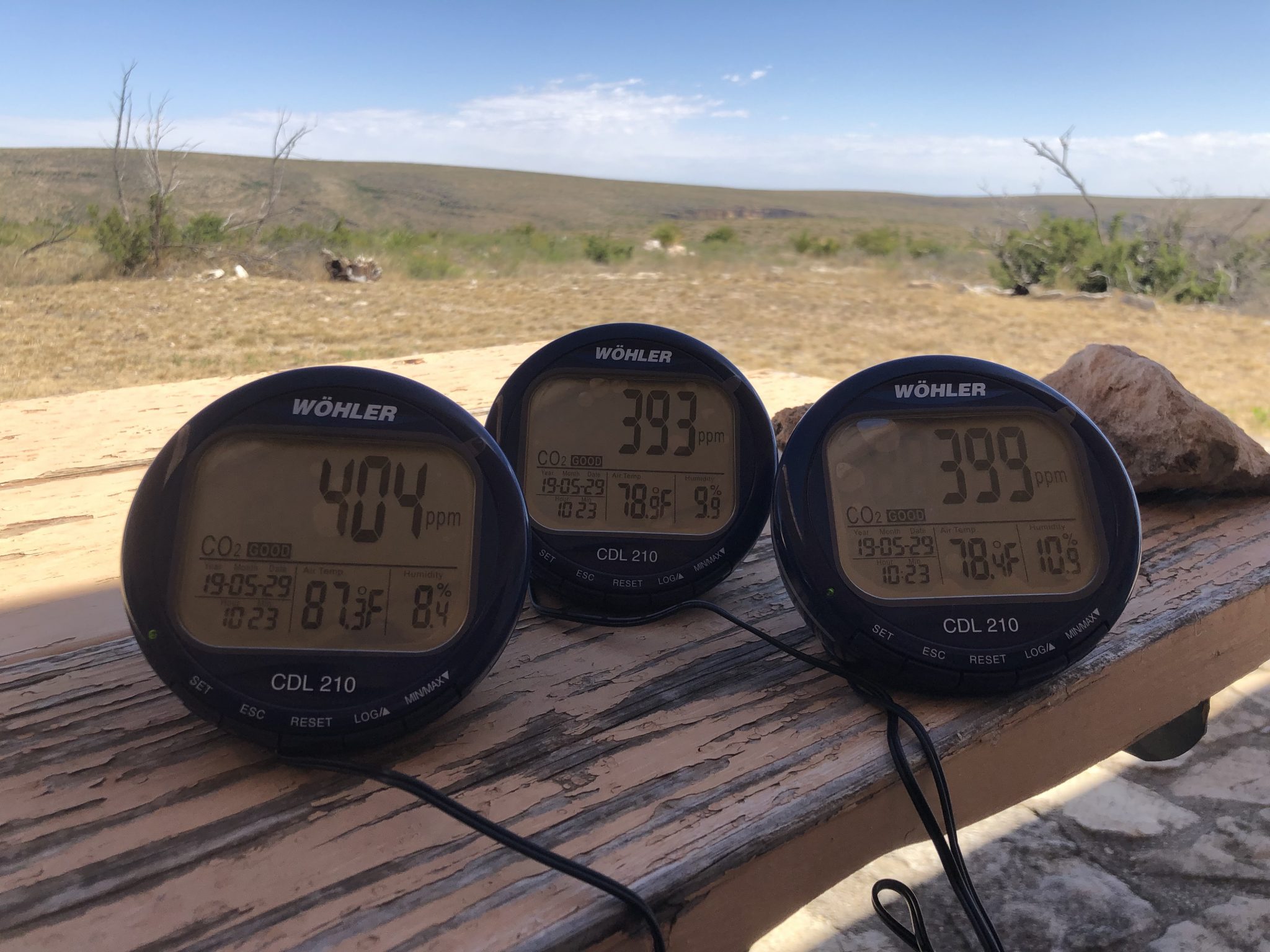 My grandpa’s favorite saying was, “When you assume, you make an a** out of you and me.” This past week, I learned a costly lesson from making assumptions and it was a hard lesson in what NOT to do. I assumed that my data loggers saved data automatically and as a result lost three weeks of data. Three weeks of data is not a lot in the grand scheme of things, especially considering this monitoring study will continue for at least a year well beyond the scope of my internship. However, given that my internship is only three months, losing this much data felt like a great loss to me.

For the carbon dioxide monitoring study, I had set up three sensors placed in the cave at the base of the elevator, Big Room Junction, and in King’s Palace. These sensors are not battery operated; rather, they need to be plugged in, so I borrowed cables for the project because I wanted to collect as much data as possible during my short internship. In an effort to reduce data loss, I wanted to collect data in-cave rather than taking the sensors back to the office. Since my background check has not cleared, I cannot use any modern office laptops with PIV card slots, so instead I was given a Gateway laptop that is at least 10 years old running on Windows XP and weighs 5 pounds. Miraculously, I was able to install all the necessary software to download data from my sensors, although I needed a Zebra light on high to see the screen since the screen darkened with age. I did a test run on the elevator carbon dioxide sensor and successfully downloaded data. When I returned from the weekend, I went to collect data from all the sensors and to swap out the borrowed extension cords. Unfortunately, I encountered technical difficulties, so I did not download the data, and just changed out the extension cords.

When I returned the next day with a fully charged laptop, I had no problems downloading the data, but back at the office, I discovered that I had no data from before the point where I changed the extension cords. After discussing my data loss and possible causes with my colleagues, I concluded that the device did not save data automatically, which means that power loss (either from power outages or silly interns unplugging the device) will result in data loss. I reread the device manual, which said nothing of the sort, and I had not encountered this particular scenario in my testing. However, I still kicked myself because the Mexican Spotted Owl recorders operated in the same way and when collecting the recorders, it was crucial not to unplug the battery. Many data loggers operate this way.

While I was upset with myself for making such a costly mistake, I quickly realized there was no way to recover the data, so there was no point in dwelling on the past that I cannot change. Instead I focused on taking action for the future and updated the Standard Operating Procedure (SOP) for this device to note this vulnerability so that it does not happen again. By the end of my internship, I should still be able to collect three weeks of data with which to write my report, and this study will continue beyond my time here so three weeks of data is just a blip in the bigger picture.