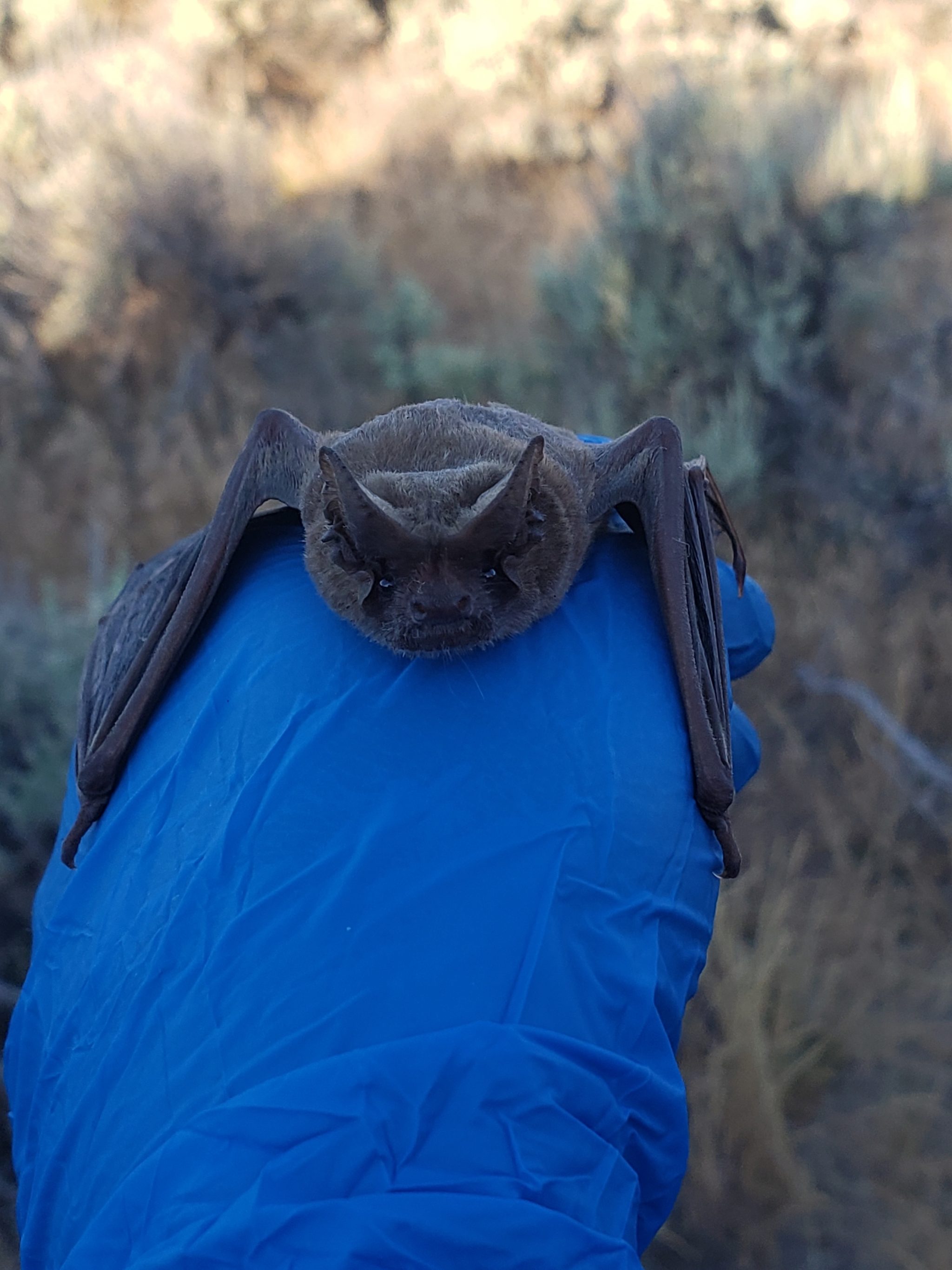 Posted at 16:09h in Uncategorized by ZFlores 0 Comments
0 Likes

This was an exciting week for flying creatures, big and small!

Early this week, Emma and I hiked out to the Bald Eagle nests that we’ve been monitoring. After an hour of slipping on pine cones and trudging up the side of a massive butte, we were disappointed to find that the nest was empty. The fledgling that we’d become so familiar with and visited so often these past weeks was gone. We stayed thirty minutes to record our observations and speculated about where the young bird could be.

Had it fledged since our last visit? Was it flying above our heads at that very moment? Or had something happened to it… a predator or an accident…maybe the fledgling simply hadn’t made it?

We hoped for the former but couldn’t forget the very real possibility of the later. Once we finished our observations, we began hiking back down the butte and heard an incredible sound: the loud, joyful cry of a Bald Eagle! It called out over and over again and we quickly pulled out the binoculars to try and find it. We were dying to know: was it the fledgling?

Emma spotted it first and when she saw that it still had the dark head of a juvenile she yelled excitedly, “It’s the baby! It’s fledged; it’s flying!”

I took the binoculars and stared where she was pointing. There it was, swooping over pine trees and swerving through the sky. It kept letting out triumphant caws that reminded us of a child on their first bike ride. Look, mom, I’m doing it!

Relieved that the bird was alive and thrilled that it had learned to fly, we hiked back to the offices, eager to spread the news.

The next morning, we moved on from birds to bats. We set up nets outside a known bat roost to capture bats as they flew back from their nightly hunt. We caught over twenty bats and took small hair clippings from each one for an ongoing research project. My job was to keep the bats warm and, after we gave them a haircut, to release them back to their roost. This was easier said than done because in the cold morning air, the bats were not interested in flying anywhere. There’s nothing as sad as a bat that tries to fly out of your hand but only makes it a few feet or, even worse, a bat that’s too cold to even try. The easiest solution when a bat was too cold to make it home was to place her in a bat-friendly cloth bag and then zip her up in my coat. After a few minutes of body heat, the bats were active again and ready to fly home. At one point, I had as many as six bats in my coat! I climbed to their roost very cautiously; I had to be careful to not squish or drop anyone. When I reached the roost, I took the bats out one by one and held them high above my head. The more height they have, the easier it is for them to fly. Some of them took off immediately and some of them took a moment to stretch their wings and consider their options, but they all made it home. Seeing the bats fly away through the morning mist made me feel lighter, and not just because I was no longer carrying half a dozen of them in my jacket!