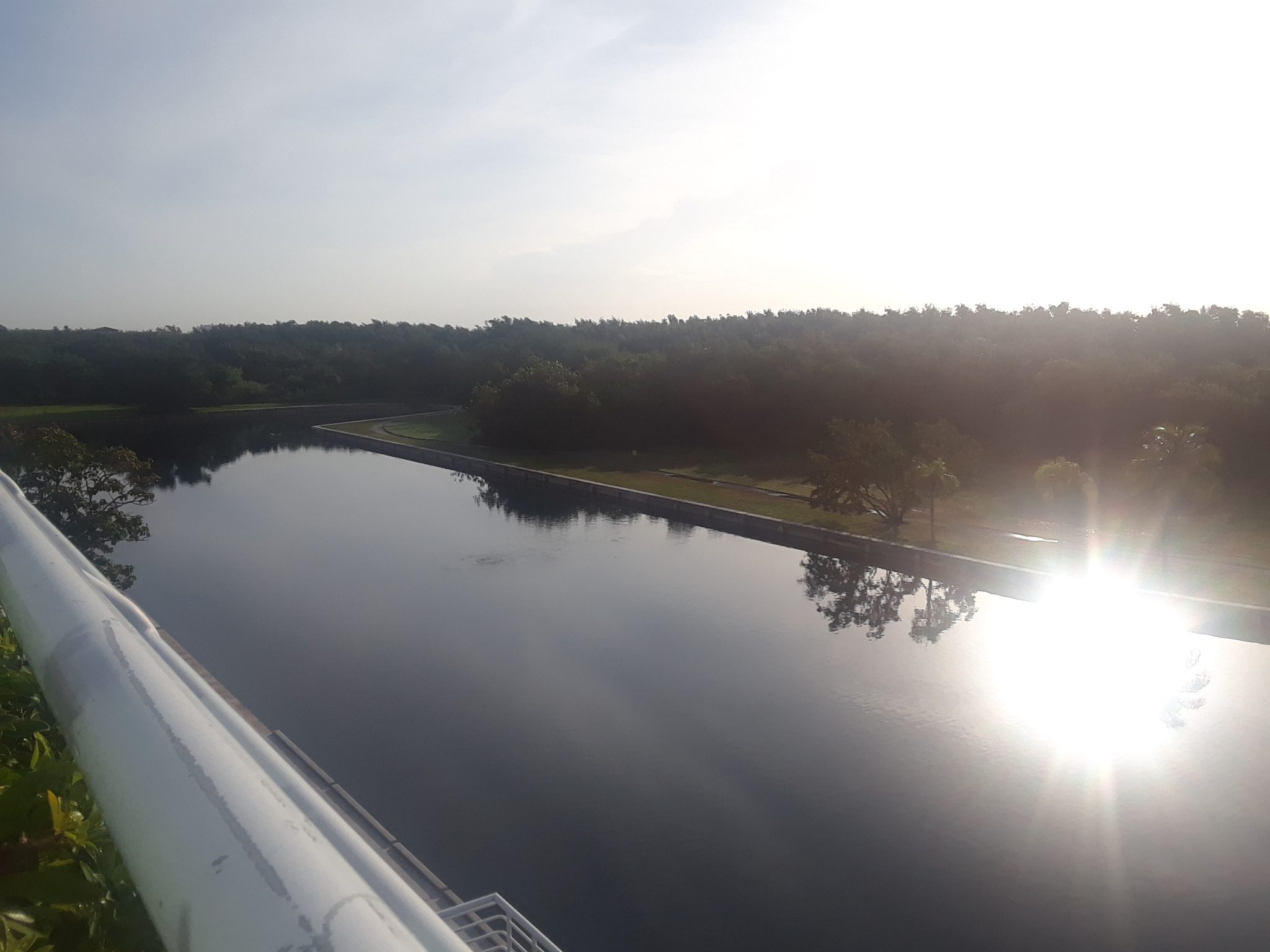 Last week I mentioned some of the perks of federal employment generally. This week, I’ll show you one of the perks specific to this office. The South Florida/Caribbean Monitoring and Inventory Network offices are located in what used to be the Burger King headquarters. We are on the 4th floor and I get to eat lunch everyday overlooking this large lake and the mangroves. A number of protected species come through here (little blue herons, blue land crabs, roaseate spoonbills, etc), but perhaps the coolest is an American crocodile.

When I was a teenager here, everyone knew about the gigantic male that lived here, but he has since passed away. A smaller croc has taken his place and last week while I was eating lunch I heard him thrashing around on the far side of the lake. I used the communal office binoculars to watch him rise up out of the water and SLAM some large dark prey item into the water. Then he’d swim over, pick it back up, raise up, and SLAM this poor dead something back down onto the water’s surface.

This is a perfect example of why Miami has been the best place to grow as a biologist. Throughout my childhood, there has been the stuff of wildlife documentaries right in my backyard. My PhD is now about the Red-shouldered Hawks hunting and raising chicks in urban environments down here. I’ve been to this site numerous times before I started my internship because they have a nesting pair of Red-shoulders despite being a very busy office park. In fact, this site is one of the cooler ones because the hawks eat the land crabs which is a rare prey item for them nationally.

Miami-Dade County is the only county with two national parks entirely within its borders (Biscayne and Everglades), but sadly that’s not what people think of when they think of my town. The millions of people who live here often don’t appreciate the incredible ecology of this place. One of my career goals is to move the needle a little further in that direction for this place.