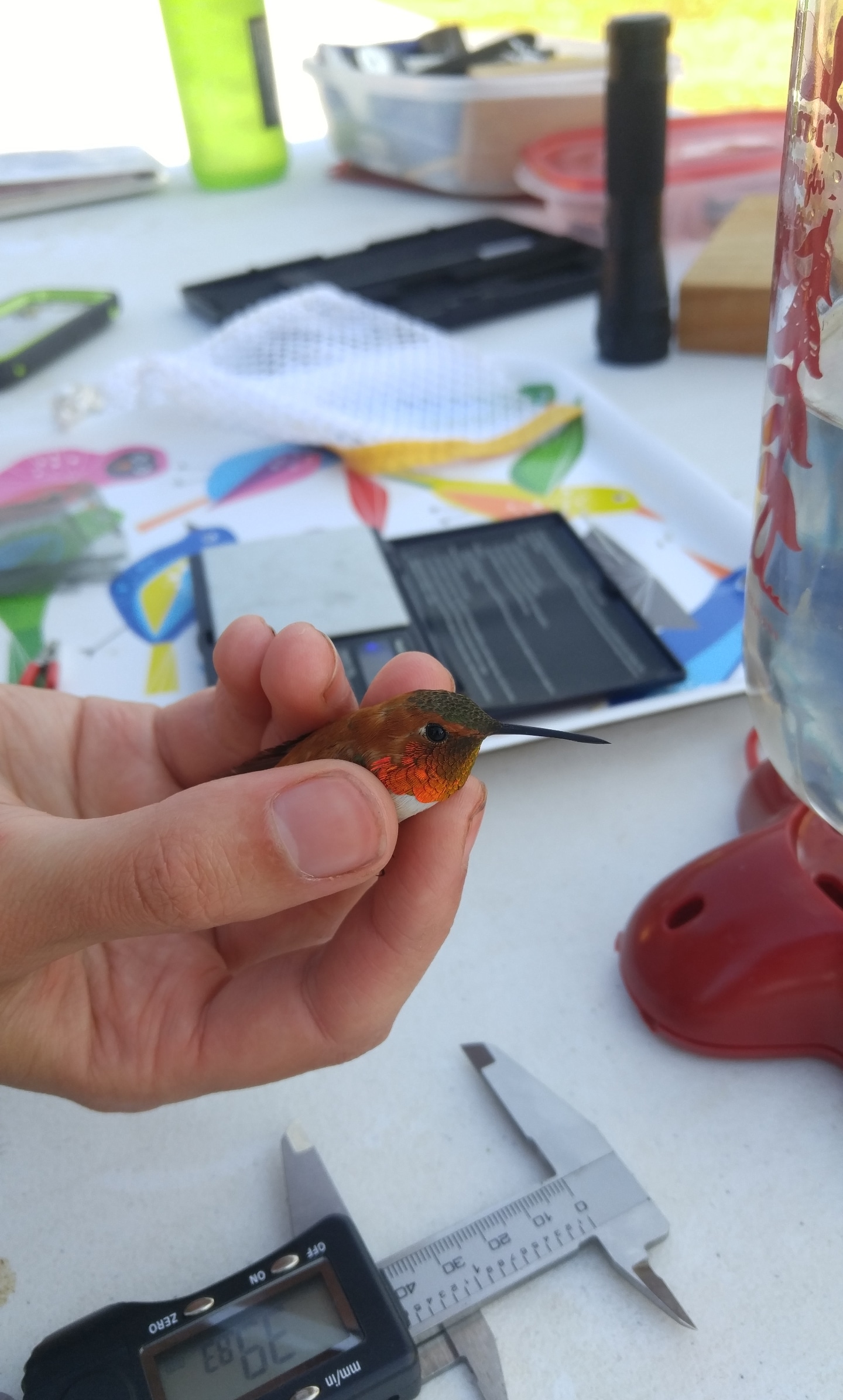 Today I spent a good deal of time catching hummingbirds.  Unfortunately, our bander isn’t coming back until the end of the month.  However, we can still capture them and take various measurements because it is good practice.  Until this point, we had only caught black-chinned hummers.  Today, though, we caught three different species: black-chinned, Calliope, and Rufous.  We had a very busy day and caught about 35+ birds. Sometimes, the birds stop coming out in the late morning when it starts to heat up, but we caught at least three birds every hour until about 11 AM. It allowed us to share what we were doing with visitors as they came in and looked at us curiously.

There was a family with a few kids, and each of them got to release a bird, letting it sit on their hand until it decided it was time to go.  Watching their eyes light up holding those birds is why I absolutely adore environmental education.  I love instilling a love of nature in children, and novel experiences like that are ones that last a lifetime.  Experiences like that that made me want to go into biology at this point in my life.

A little more about Rufous hummingbirds for you because I love them.  I was not the one who pulled it out of the Hall trap, but apparently they are very, very feisty, which I think is great.  Though we only have ruby-throated hummingbirds in Ohio, this was not my first time seeing a Rufous.  I saw some in Alaska last summer as well.  It’s kind of crazy, but they can be found as far north as southeast Alaska to nest.  It is uncommon according to the Audubon Society, but it happens.  They migrate in the winter to as far south as Central America, which is just incredible.  So they’re just passing through New Mexico. The males are a beautiful rusty orange color with an incredible bright orange, sort of iridescent throat that may be shiny or dull depending on the angle of light hitting it or how one looks at it. They are just lovely birds and I’m glad to have been able to see one so close. 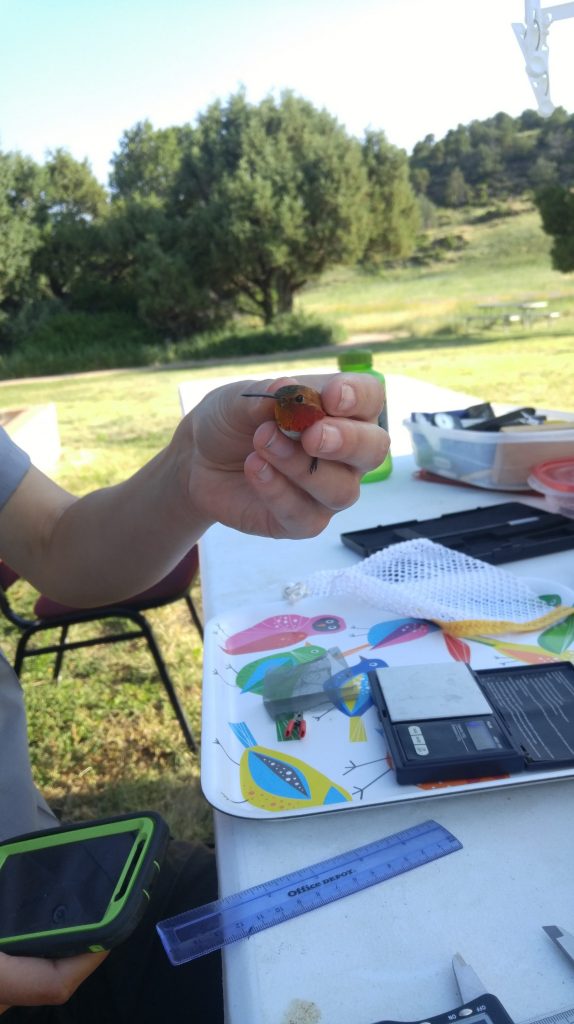 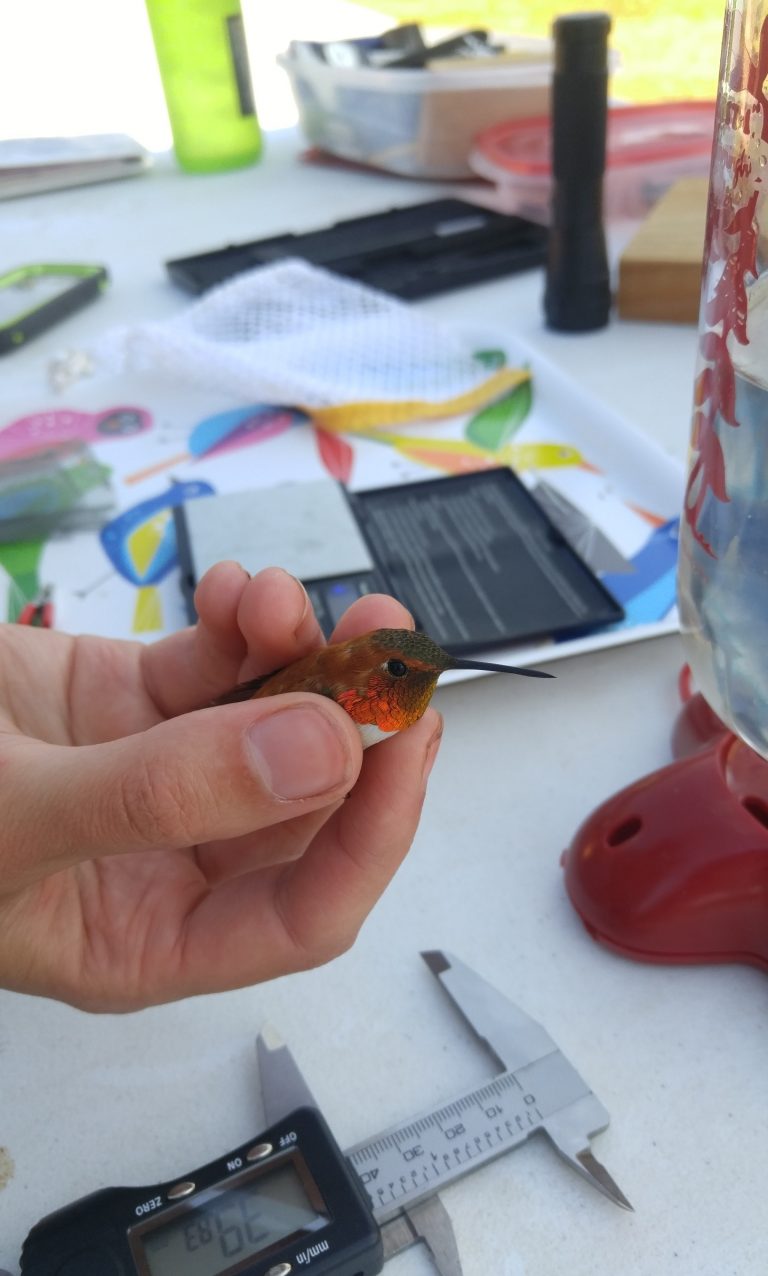