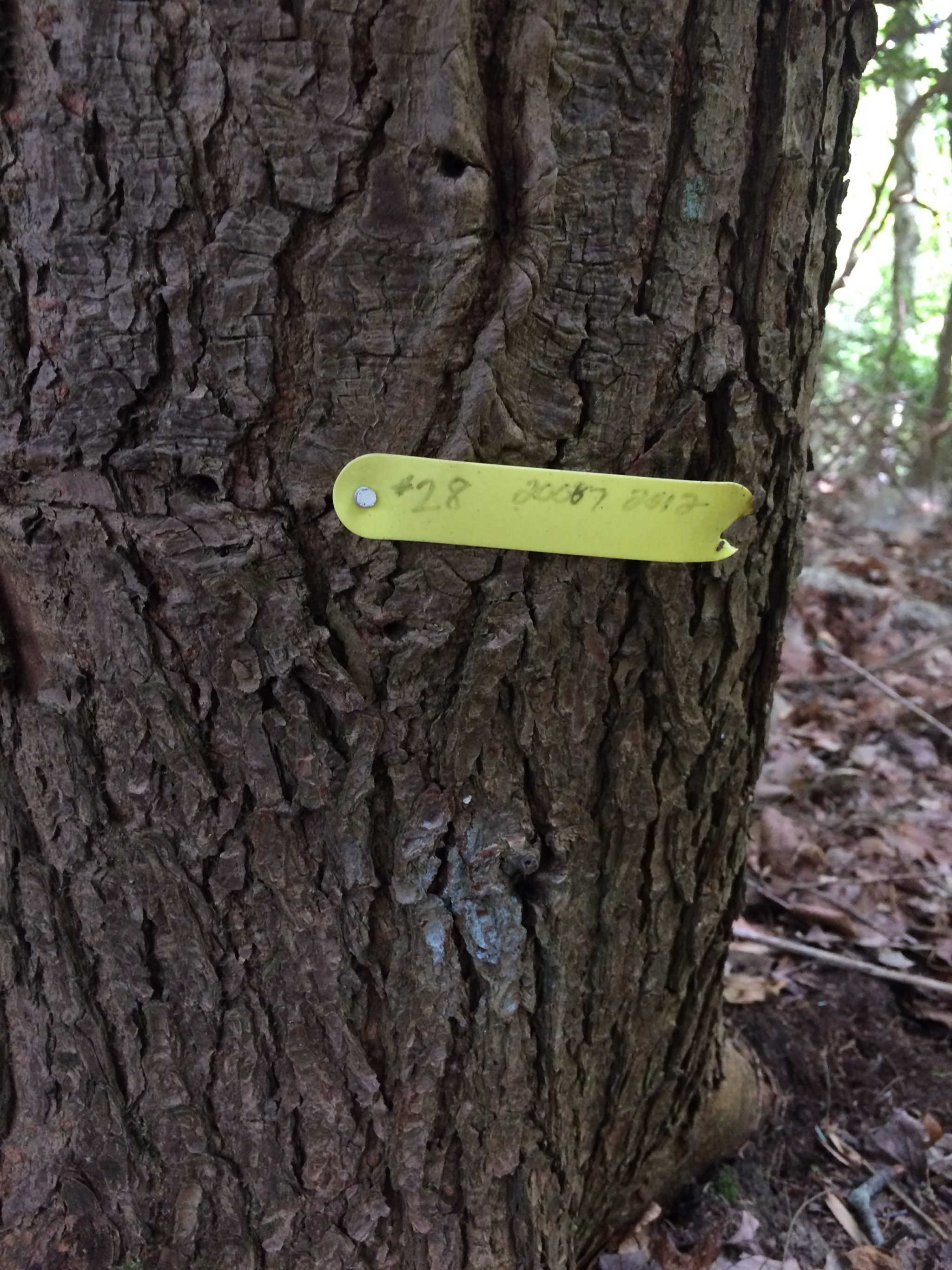 In my time at the New River, I have learned many things about the types of visitors and education opportunities the park has to offer. However, on a ride-along with the resource management team, I learned about a potential relationship between our efforts to save the eastern hemlock tree population and the salamander populations in hemlock forests. Scientists are using a pesticide commonly spread or sprayed at the bases of hemlock trees to prevent the hemlock woolly adelgid from infesting them. The effects of these pesticides on the surrounding communities and ecosystem are not thoroughly known, so researchers at the New River Gorge are trying to quantify their effects.

Since salamanders breathe through their skin, they are prime candidates for showing pesticide absorption and effects of exposure on non-target species. Researchers set up cover boards to attract various salamander species and record morphological differences and population level changes in the native salamander species. Many other, similar experiments on different species and ecosystem components such as water concentrations are being analyzed at the same time in different areas of the park in order to create a more comprehensive picture of the pesticides effects.

I found it encouraging that there are efforts to check behind ourselves to make sure we are not solving one problem only to create another, and would be interested in finding out the results of the study even after my internship at the New River ends.