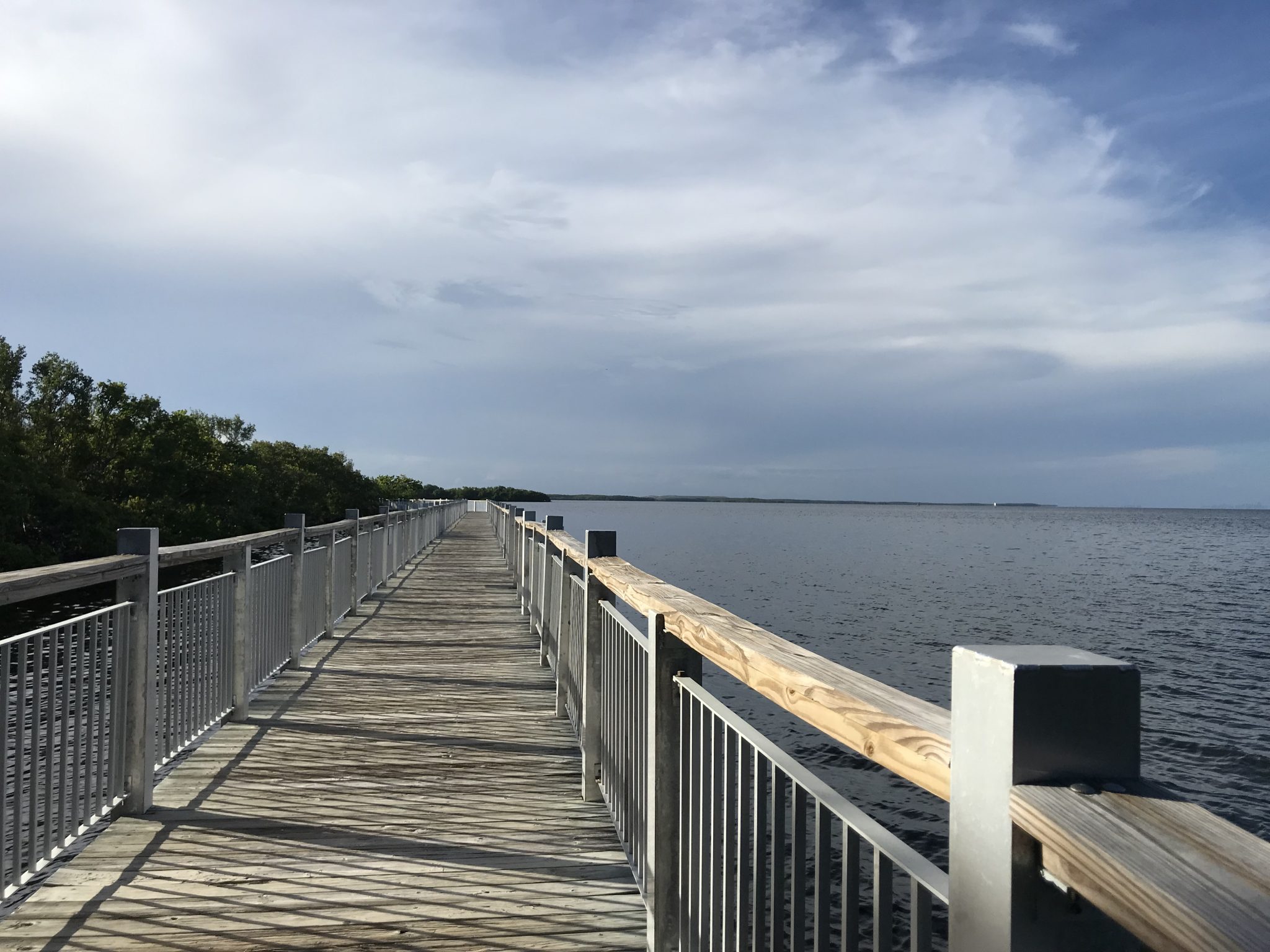 ? Lobster mini season is a very popular 2-day event in Florida every last consecutive Wednesday and Thursday of July. At this time, the public is allowed to (recreationally) lobster hunt before the 8-month regular lobster season (August 6 to March 31). The Florida Fish and Wildlife Conservation Commission regulations include:

As part of lobster mini season, the Resource Management division of Biscayne National Park conducts voluntary surveys to as many boats as possible at three sites: Convoy Point dock, Homestead Bayfront Park, and Black Point Marina. And as part of Resource Management this summer, I got to participate and help with the surveys.

The first day (24 July) I was volunteering at Convoy Point, which is located right outside of the Biscayne National Park headquarters. Because of this, Law Enforcement was also stationed at this site. Therefore, any boat that they flagged down (to check for fishing licenses and boat registrations) was also surveyed by us. Along with 5 other employees/volunteers, we found the sex of each lobster and measured the carapace using calipers to make sure it was greater than the minimum size limit; we also asked the lobster-ers a series of questions:

? How many people on the boat actually fished for lobsters? And for how long?

? And did they capture any lionfish?

Although LE’s presence eliminated the voluntary part of a boat pulling over, for the most part, the boaters and lobster-ers were very compliant and willing to participate in our surveys 😀 We were pretty busy and working non-stop from about 10a-3p.

On Thursday (25 July) I was at Black Point and we were not nearly as busy. Although the second day has been historically less action-packed than the first, we actually stopped surveying early because of nearby lightning storms and heavy rain.

In total, 207 interviews were conducted and 2803 lobsters were measured for Lobster Mini Season 2019. The park has extensive records over the years and is interested in looking at various trends over time.

This was something special to be a part of because I had no idea what or how important this two-day season was until I experienced it! ?